The Japanese government decided Friday to expand tougher COVID-19 restrictions to all three of the country's major metropolitan areas centering on Tokyo, Osaka and Nagoya as infections surge less than a month after a state of emergency was lifted.

Kanagawa, Chiba and Saitama along with Aichi were added to the list of prefectures subject to the measures, including asking restaurants and bars to close by 8 p.m. with fines for noncompliance. The steps will take effect Tuesday and remain in place through the Golden Week holidays until May 11. 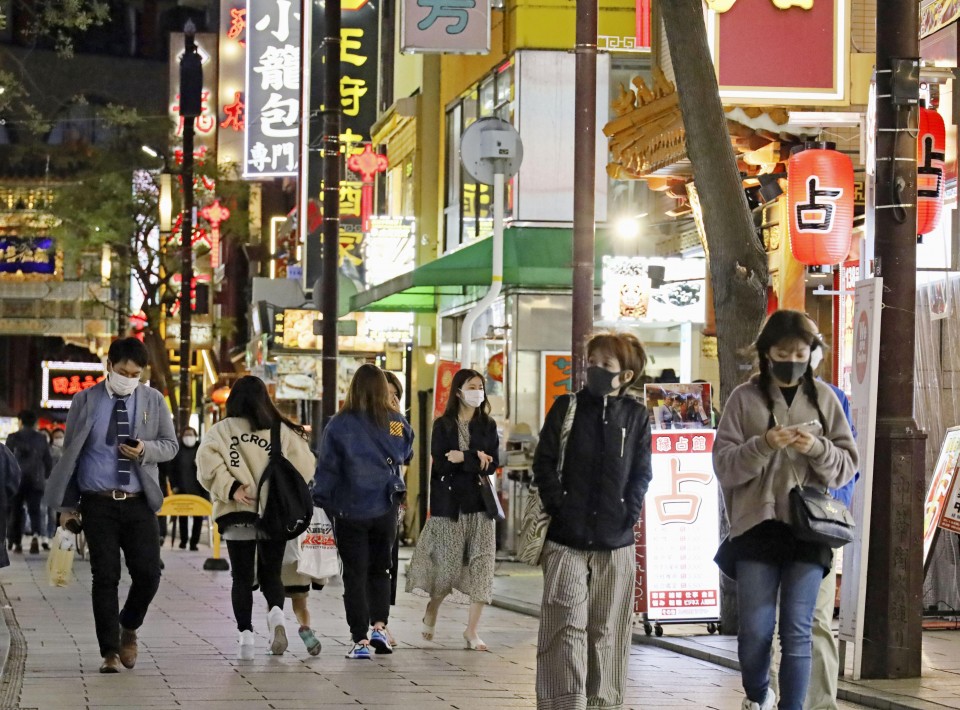 Chief Cabinet Secretary Katsunobu Kato finalized the decision in place of Prime Minister Yoshihide Suga, who is currently on a trip to the United States, at a coronavirus task force meeting.

The tougher restrictions under what has been called a quasi-state of emergency will cover a total of 10 prefectures accounting for more than half of Japan's population. Such measures were implemented in Osaka, Hyogo and Miyagi on April 5, with Tokyo, Kyoto and Okinawa added on Monday. 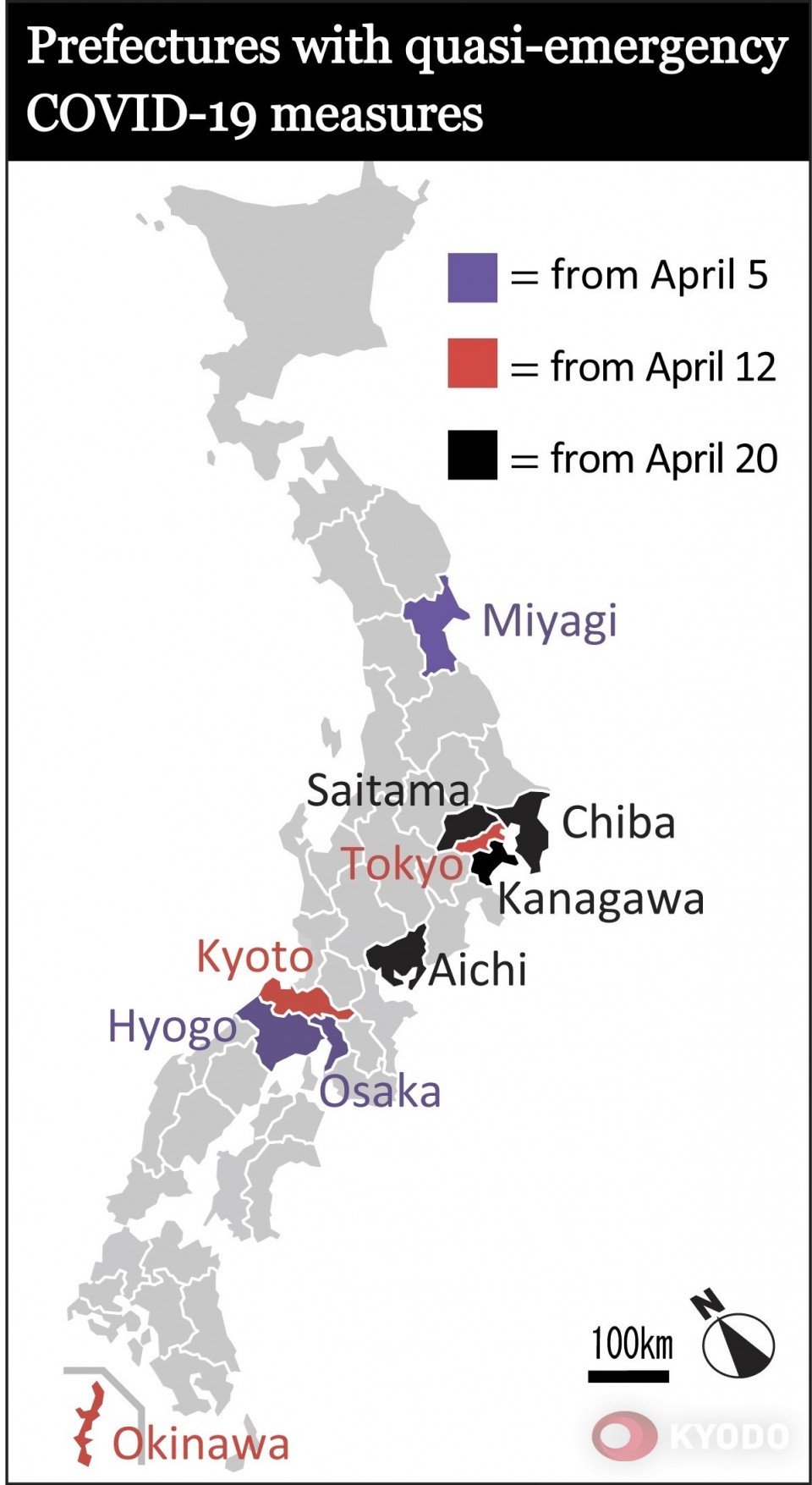 Coronavirus cases in Japan have steadily increased after a state of emergency was lifted in steps before finally ending in the Tokyo metropolitan area on March 21. The nationwide tally for Friday stood at 4,532, topping 4,000 for a third consecutive day.

Osaka, hardest hit by the current surge in infections, saw a record 1,209 cases on Friday. Tokyo, which is slated to host the Summer Olympics in just over three months, reported 667, while Aichi had 224, Kanagawa 209, Saitama 163 and Chiba 155.

But Kato denied the virus is surging at a national level, saying localized measures will be enough and that it is not yet necessary to declare another state of emergency.

"We're asking each region to take steps in accordance with their specific situation so that this does not turn into a nationwide wave (of infections)," he told reporters.

Kato said the government will keep in close contact with officials in Nara and Fukuoka prefectures, which are also seeing a rise in cases, and monitor Ehime.

Ehime Gov. Tokihiro Nakamura said he is considering asking to be added to the quasi-state of emergency after the prefecture saw 45 cases on Friday, the second-most on record.

An expert panel met in the morning and approved the decision to place tougher restrictions on more areas. Yasutoshi Nishimura, the minister in charge of the COVID-19 response, expressed concern over the rapid spread of highly contagious variants, including some believed to cause serious symptoms at a higher rate.

"We have to act with an extremely strong sense of caution," he said.

Health experts have warned that the situation could worsen during Golden Week from late April through early May, one of the year's busiest periods for travel, and put further strain on hospitals struggling to treat COVID-19 patients.

The government is calling on people to refrain from making trips between prefectures, and also asking them to avoid crowds when shopping and not using karaoke machines at eateries.

Aichi Gov. Hideaki Omura and his counterparts near Tokyo on Thursday asked the government to give them the authority to impose the tougher restrictions, made possible by a legal revision in February.

They will be able to impose a maximum fine of 200,000 yen ($1,800) on restaurants and bars failing to follow the mandate to close early, though the measures will only be in place in some cities including Yokohama and Nagoya.

Similar restrictions during the state of emergency, which carries a heavier fine for noncompliance, were largely successful in bringing down infections.