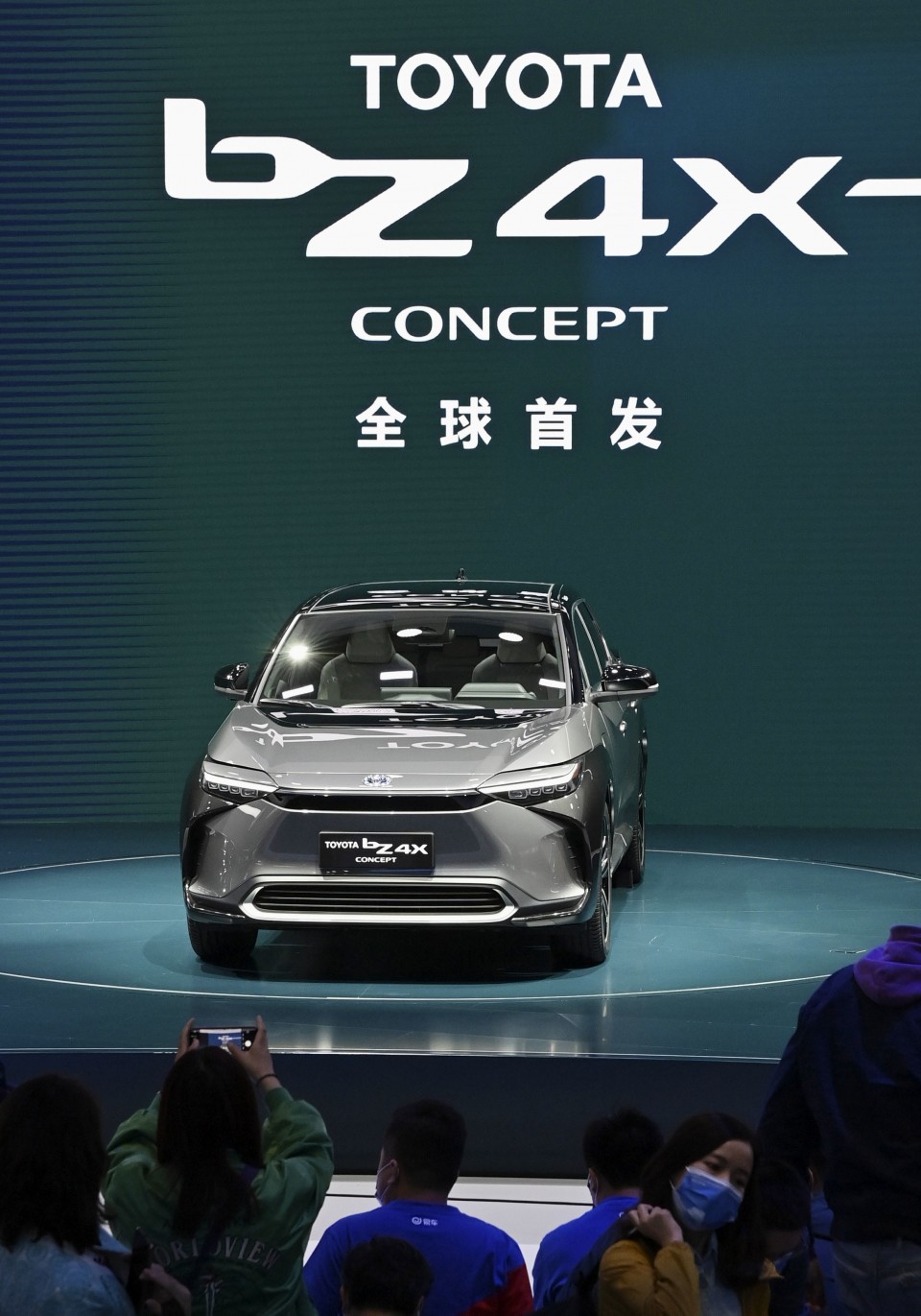 For the Chinese market, the Japanese auto giant said it plans to co-develop a new model with Chinese EV maker BYD Co. and seeks to increase its electrified model offering, including hybrid cars and fuel-cell vehicles, to around 70 by 2025.

"Options (for consumers) will widen as we cooperate with policies aimed at promoting the use of renewable energies," Toyota Chief Technology Officer Masahiko Maeda said at the major motor show.

Planning to produce the bZ4X in Japan and China, Toyota said it hopes to start global sales of its new EV lineup in the middle of 2022.

On the first day of the auto show, which was open only to the press, Nissan Motor Co. showcased its revamped X-Trail crossover, while Honda Motor Co. displayed its first electric vehicle model aimed at the Chinese market.

The Chinese government plans to require that all new cars sold are "new-energy" powered, like EVs, hybrids or fuel-cell vehicles, by 2035. In 2020, vehicle sales in China -- the largest auto market in the world -- fell 1.9 percent from a year earlier to 25.31 million units, hit by the coronavirus pandemic.