Family members of Japanese nationals abducted by North Korea in the 1970s and 1980s on Wednesday asked Prime Minister Yoshihide Suga to try to seek a resolution to the long-standing issue ahead of his upcoming summit with U.S. President Joe Biden.

"We pray every day that they are safe. We want everyone to come home," said Sakie Yokota, 85, the mother of Megumi who was kidnapped as a 13-year-old in 1977, as she again called for the abductees' repatriation. 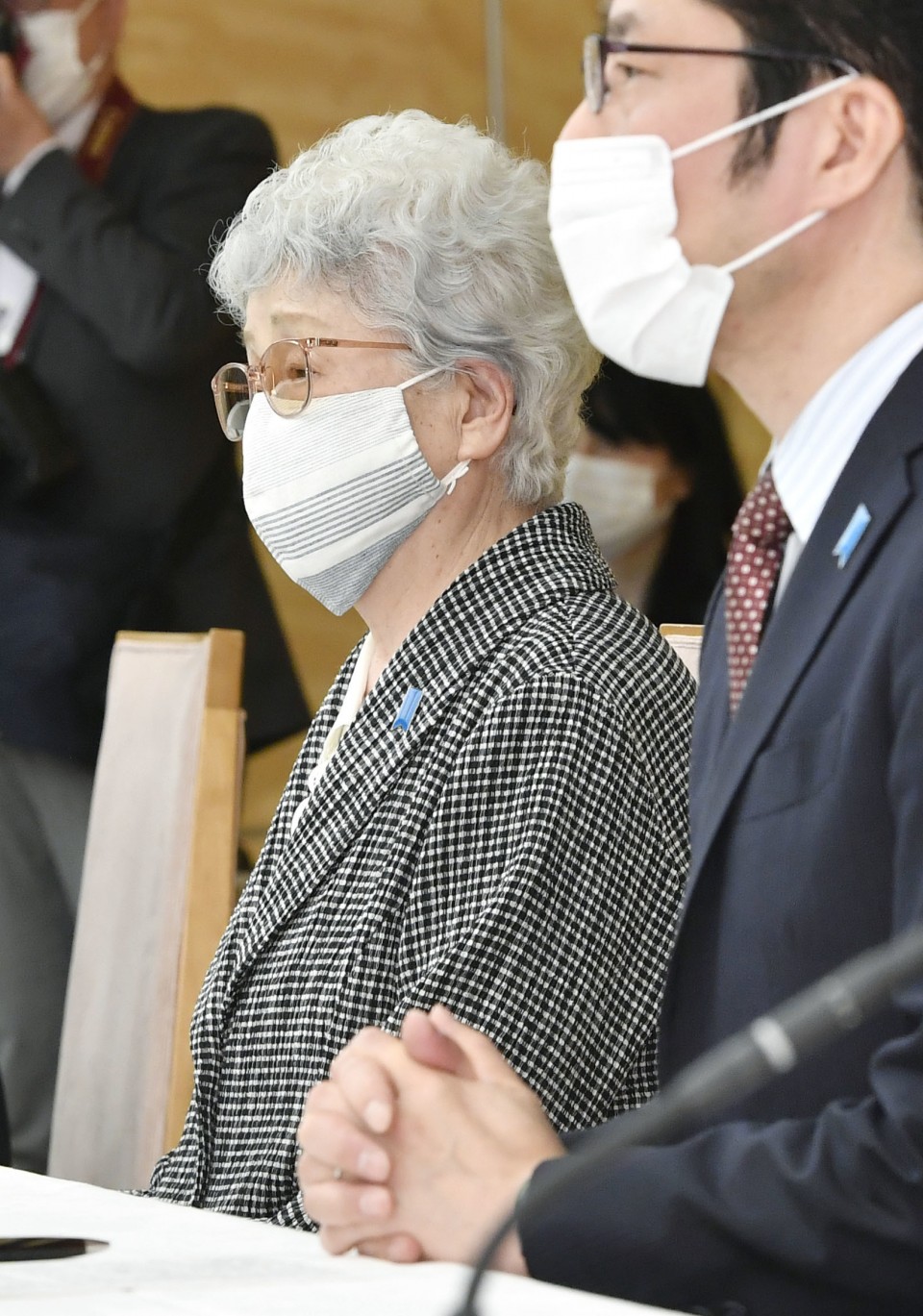 Suga, who is set to meet Biden on April 16 in Washington, responded that he would "convey the importance of the abductee issue in a straightforward manner" during the summit and that he "wanted to advance toward a resolution through cooperation" between both governments.

Speaking to reporters after the meeting, Yokota spoke of her sadness at the length of time that has passed without any resolution to the issue.

"All we want is for our children to come home," she said.

Her son, Takuya, 52, who serves as secretary general of a group of the victims' families, said that a quick resolution was necessary as time is pressing with the family members aging.

Last month, the group filed a request addressed to U.S. Secretary of State Antony Blinken in a meeting with Joseph Young, charge d'affaires ad interim at the U.S. Embassy in Tokyo.

Japan officially lists 17 people as having abducted by North Korea, with five already repatriated. But Pyongyang maintains that eight have died, including Megumi Yokota, and the other four never entered the country.

The summit has taken on greater importance after Pyongyang abruptly announced Tuesday it would pull out of the Tokyo Summer Games over pandemic concerns, depriving Suga of his hoped-for avenue toward direct talks with North Korean leader Kim Jong Un over the issue.