Former New York Yankee Masahiro Tanaka allowed a run over six innings for his first win in Japan since 2013 and the 100th of his career in Japan's top flight in a 2-1 Pacific League win over the Seibu Lions on Saturday.

The 32-year-old Tanaka (1-1) struck out four and hit a batter, while allowing three hits at Sendai's Rakuten Seimei Park Miyagi. His last time on the mound at the Eagles' home park had been to close out the 2013 Japan Series with a Game 7 save. 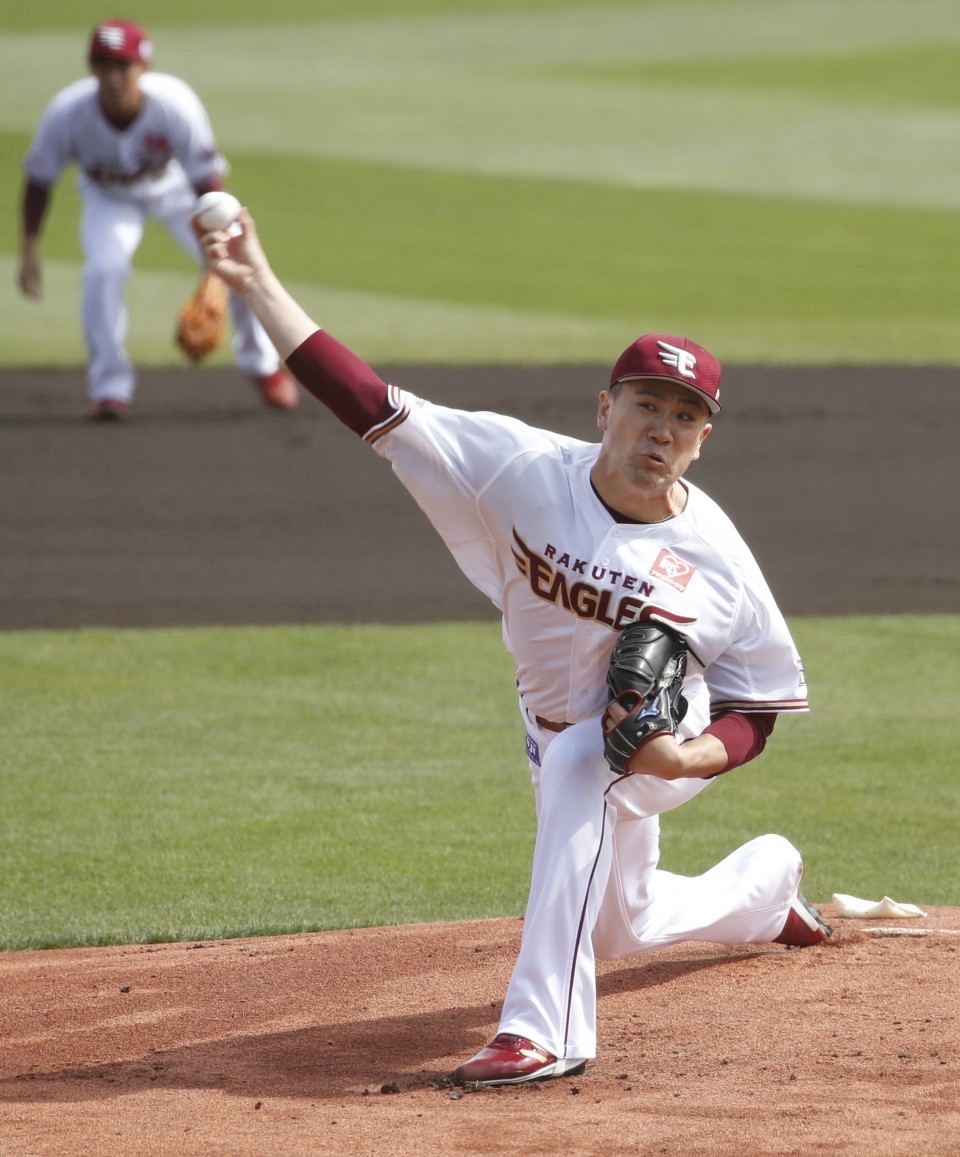 Tanaka took the loss in his debut last weekend, three weeks after he had to give up on opening his season at home in Sendai due to a calf muscle injury.

"The injury before the start of the season was a shock, and I was thinking, 'Why is this happening to me now?'" Tanaka said. "But I'm back and was able to pitch here, so I'll take that."

"Even though it was a close game, the fielders made good plays and the relievers pitched well, as I believed they would."

He gave up some hard-hit balls on mistake pitches but got a good play to start the game from center fielder Ryosuke Tatsumi. New import Brandon Dixon bailed the right-hander out of trouble in the second inning with a quick-thinking unassisted double play at first base.

Dixon drove in the game's first run with a two-out RBI bad-hop infield single against Seibu's Keisuke Honda (0-1) who was making his season debut. Honda retired the first two batters before allowing a single and a walk. Takero Okajima followed with an RBI single.

The Lions closed the gap in the third. Tanaka hit Cory Spangenberg in the foot to open the inning. The Lions' utility man stole second and was singled home by Taiwan's Wu Nien-ting. Tanaka got out of a two-out, two-on situation in the inning, and retired the last 10 men he faced before leaving the mound after six innings.

Relievers Sung Chia-hao, Tomohito Sakai and lefty Yuki Matsui produced scoreless innings for the Eagles to close it out, with Matsui earning his sixth save.

Honda was pulled after 3-2/3 innings. The right-hander walked three and allowed five hits while striking out one.

At Chiba's Zozo Marine Stadium, the Lotte Marines twice came from behind to win a wild 11-9 victory over the SoftBank Hawks. Carter Stewart Jr., pitching in second game, contributed to the Hawks' woes by walking four batters and allowing two runs in two-thirds of an inning.

At Sapporo Dome, Naoyuki Uwasawa (2-2) allowed two runs over seven innings for the Nippon Ham Fighters in their 5-3 win over the Orix Buffaloes.

At Koshien Stadium, rookie lefty Masashi Ito (2-0) allowed a run over the distance as the Central League-leading Hanshin Tigers banged out 18 hits to eclipse the last-place DeNA BayStars 13-1.

At Tokyo Dome, Seiya Suzuki's sixth home run of the year, a two-run fifth-inning shot, brought the Hiroshima Carp from behind in their 6-3 win over the Yomiuri Giants. 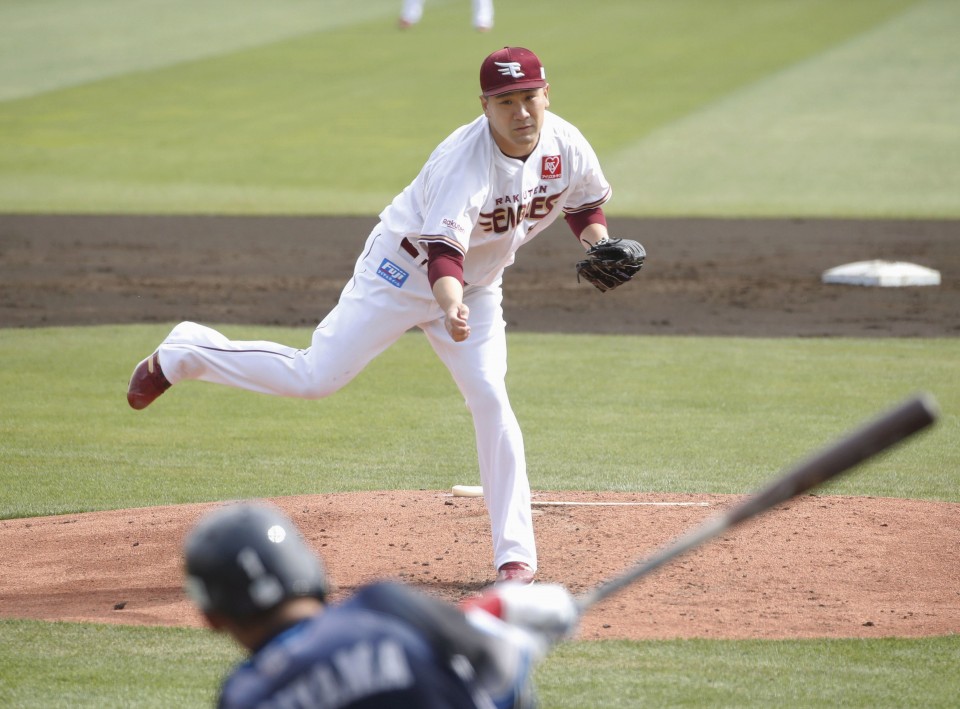