Kenta Maeda earned a win before any other Japanese pitcher in Major League Baseball this season as the visiting Minnesota Twins beat the Detroit Tigers 3-2 on Wednesday.

Maeda (1-0), who settled for a no-decision on Opening Day, pitched six strong innings against the Tigers in the series finale at Comerica Park in Detroit, allowing two runs and seven hits while striking out six and walking one. 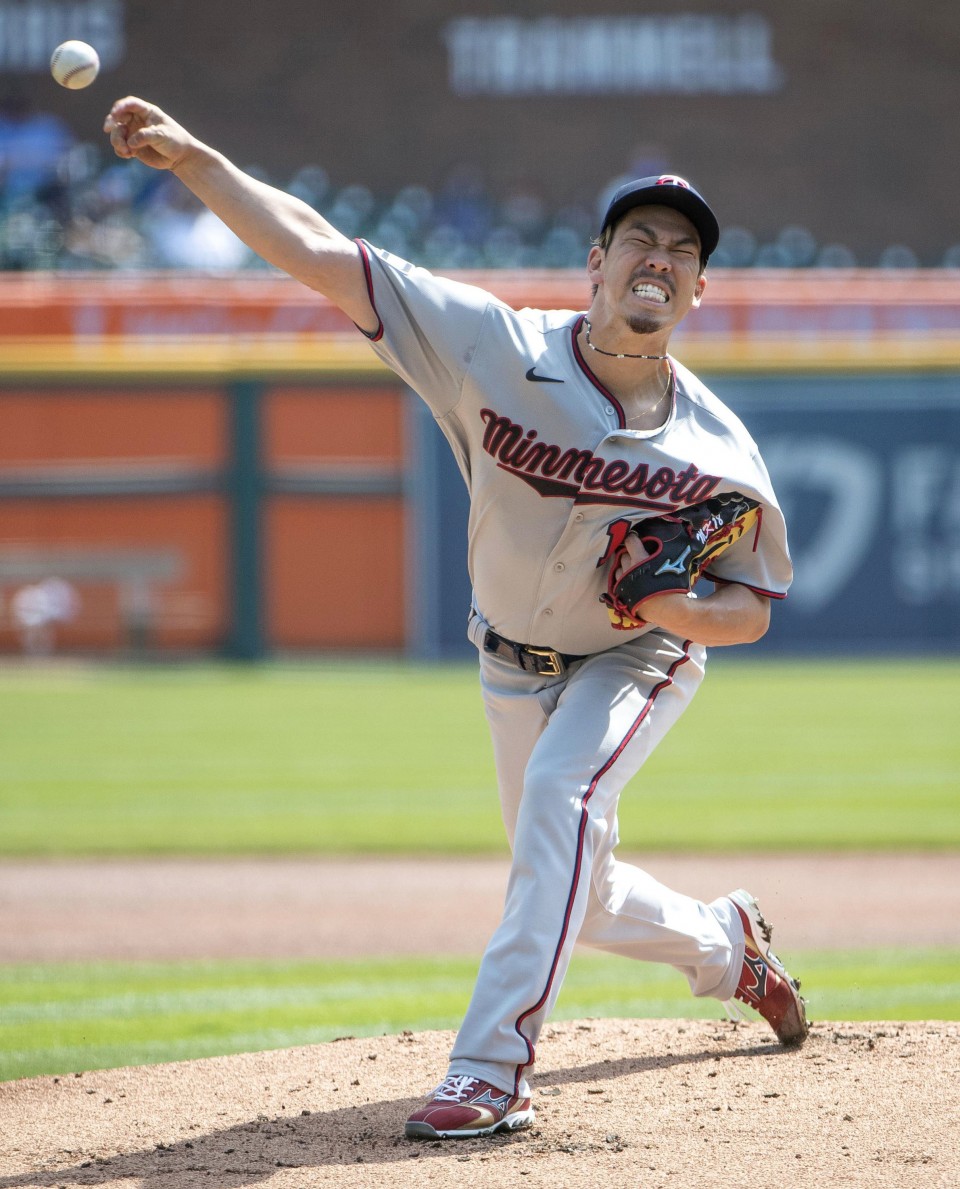 Kenta Maeda of the Minnesota Twins pitches the ball against the Detroit Tigers during the bottom of the first inning at Comerica Park in Detroit, Michigan, on April 7, 2021. (Getty/Kyodo)

He gave up a tie-breaking solo homer to Wilson Ramos in the fifth, but Jorge Polanco hit a go-ahead two-run double off Matthew Boyd (1-1) in the sixth and the Twins' defense did everything it could to protect the team's slim lead.

Maeda worked his way out of a one-out, bases-loaded jam in the bottom of the sixth after the first four Tigers batters reached -- on a single, double, walk and another single.

After making his 150th game appearance in MLB, Maeda said in terms of mechanics, he felt things were smoother for him than Opening Day on April 1, though there are still some areas he feels he needs to polish up.

"I was able to make a lot of mechanical adjustments (after Opening Day) but there are still pitches that need to be fine-tuned," Maeda said.

"I don't do well against Tigers batters. Today I received a lot of defensive support from my teammates. I'm relieved (to have notched my first win)," he said.

At Fenway Park in Boston, Tampa Bay Rays first baseman Yoshitomo Tsutsugo went 1-for-4 with an RBI in Wednesday's 9-2 loss against the Boston Red Sox. The Red Sox completed a three-game series sweep after starting the season 0-3.