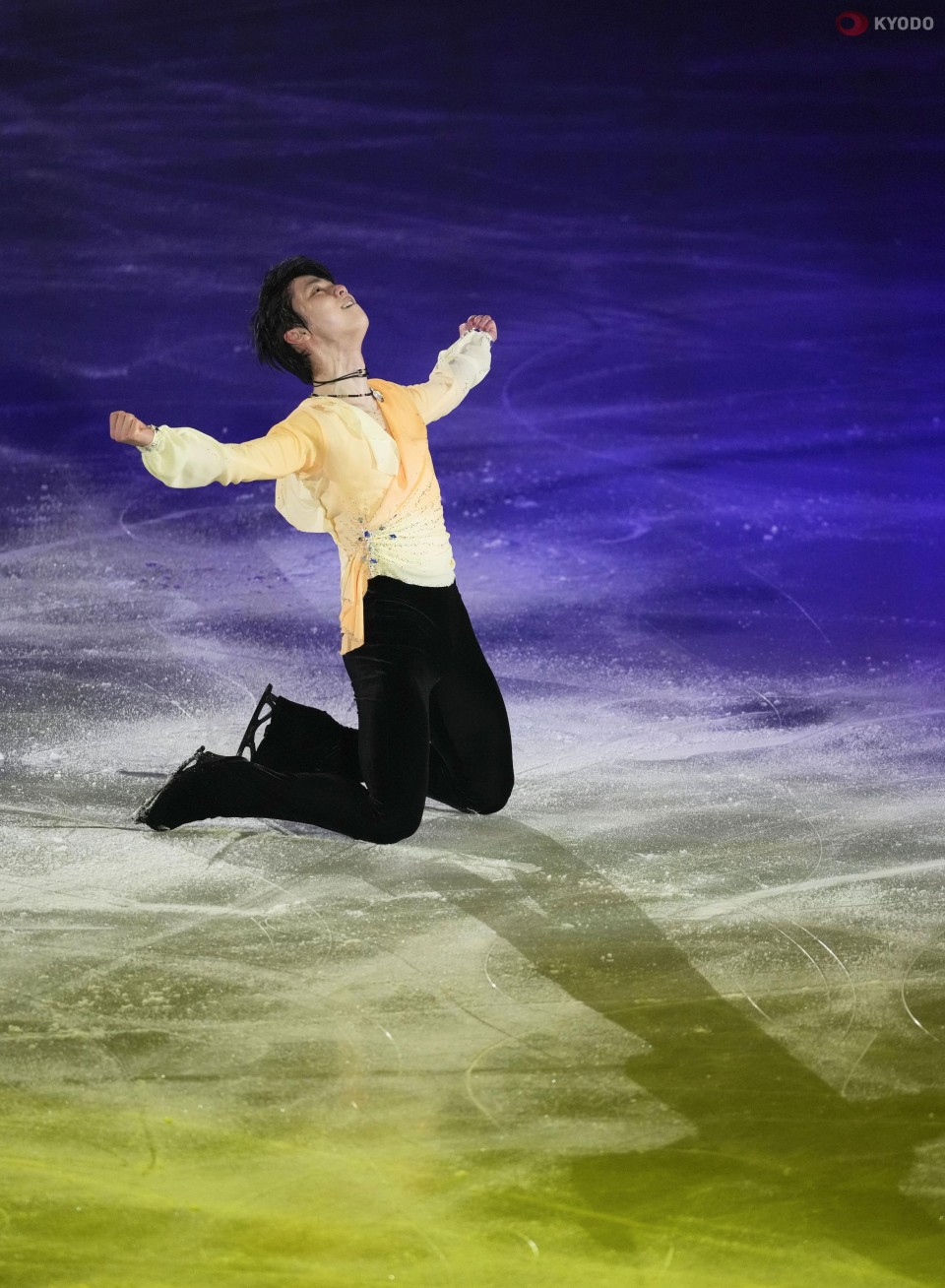 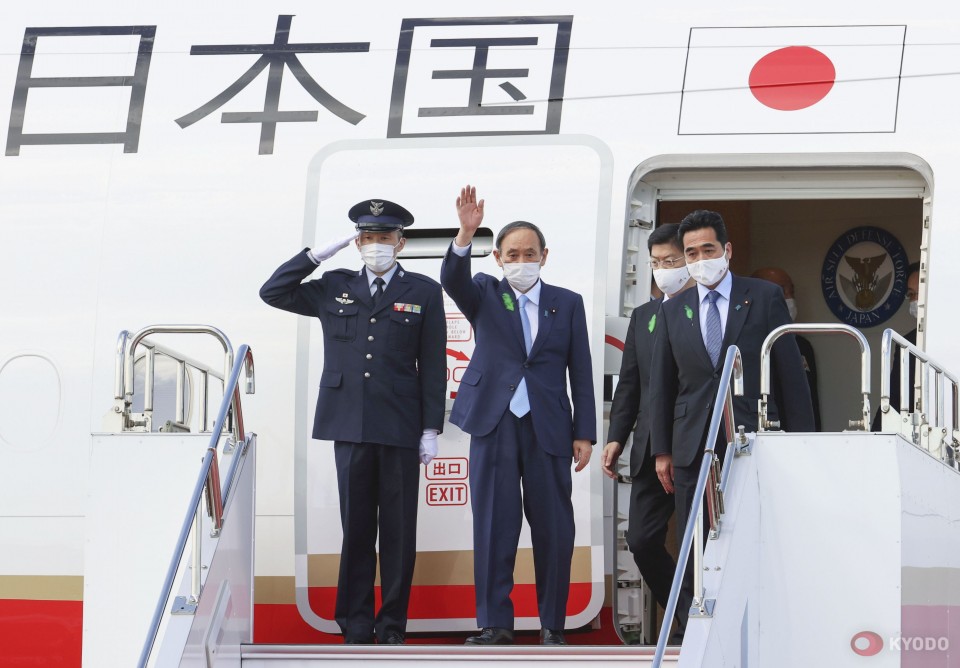 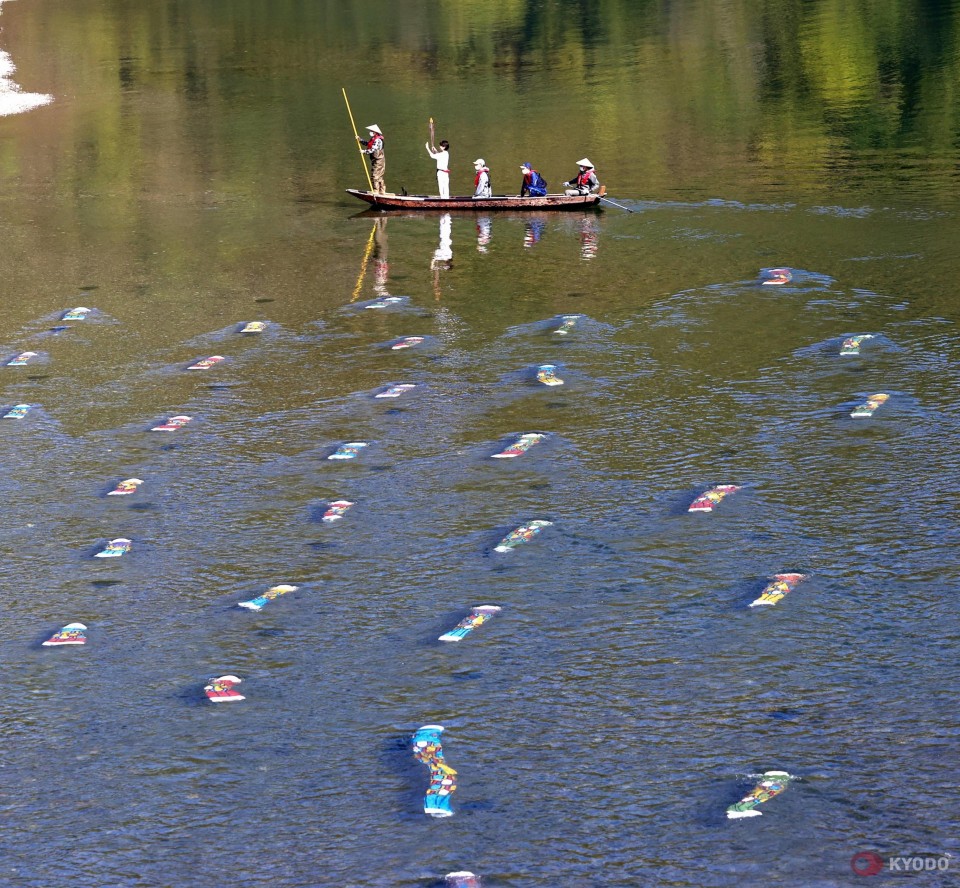 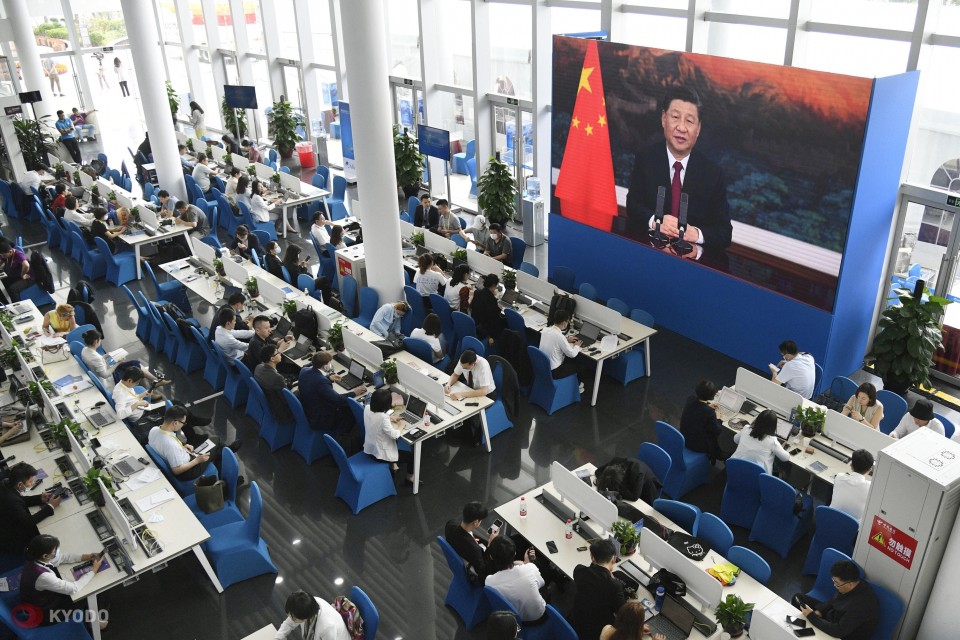 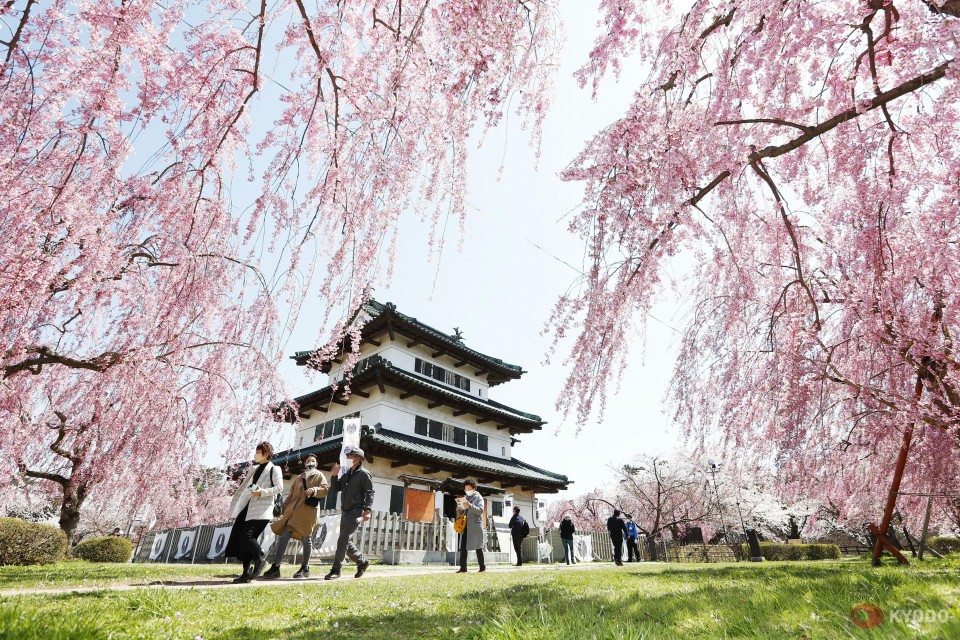 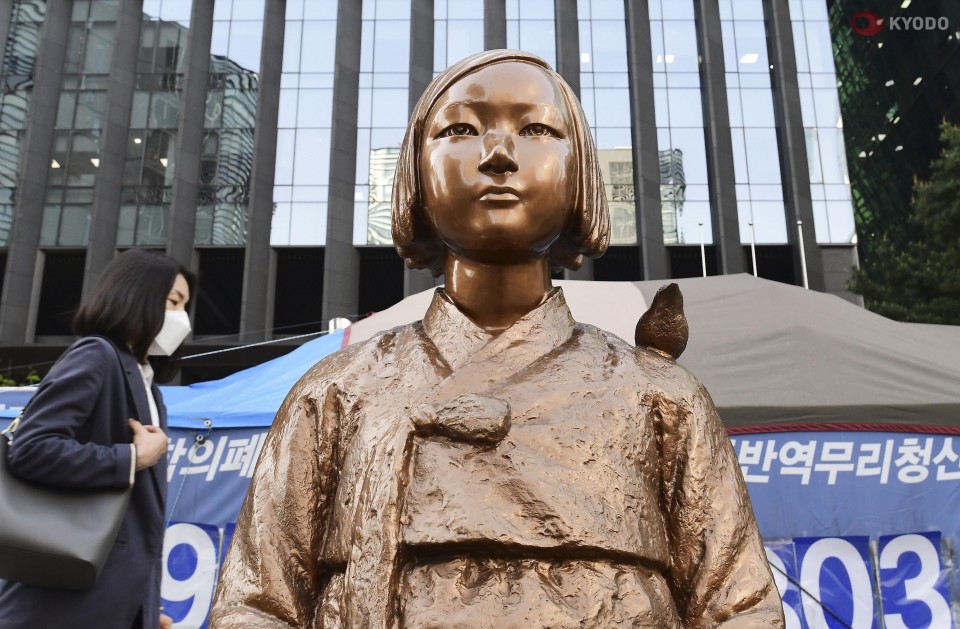 A statue symbolizing "comfort women" forced to work in Japanese wartime military brothels is pictured on April 21, 2021, in front of the Japanese embassy in Seoul. A South Korean court dismissed the same day a damages lawsuit brought by a group of former "comfort women" against the Japanese government over their treatment during World War II. (Kyodo) ==Kyodo 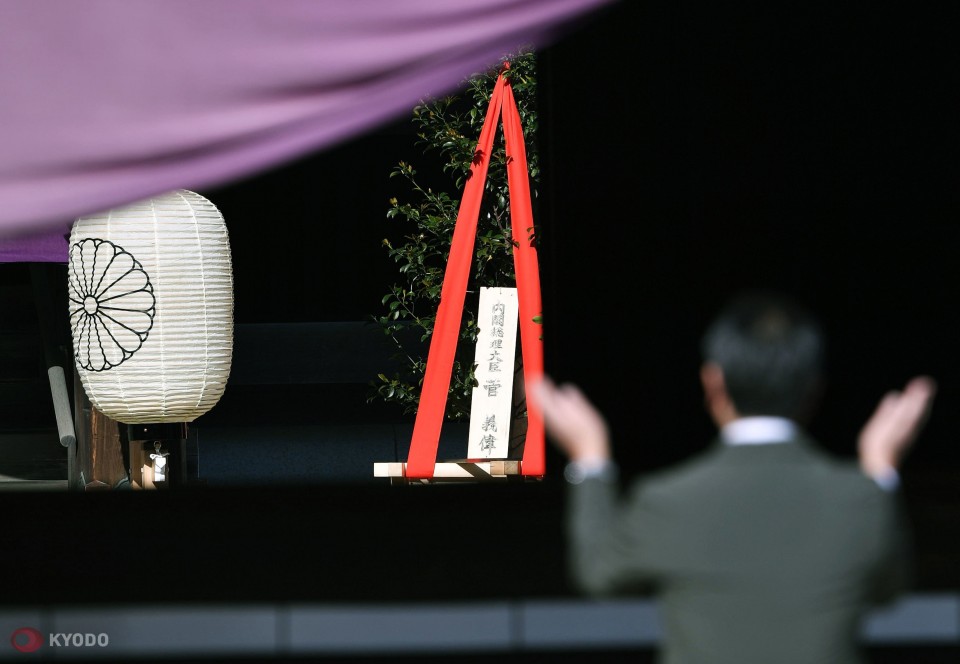 Photo taken at Yasukuni shrine in Tokyo on April 21, 2021, shows a ritual offering Japanese Prime Minister Yoshihide Suga sent to the shrine earlier in the day. Suga made the "masakaki" tree offering during a spring festival of the Shinto shrine, seen by China and South Korea as a symbol of Japan's past militarism as it honors convicted war criminals along with more than 2.4 million war dead. (Kyodo) ==Kyodo 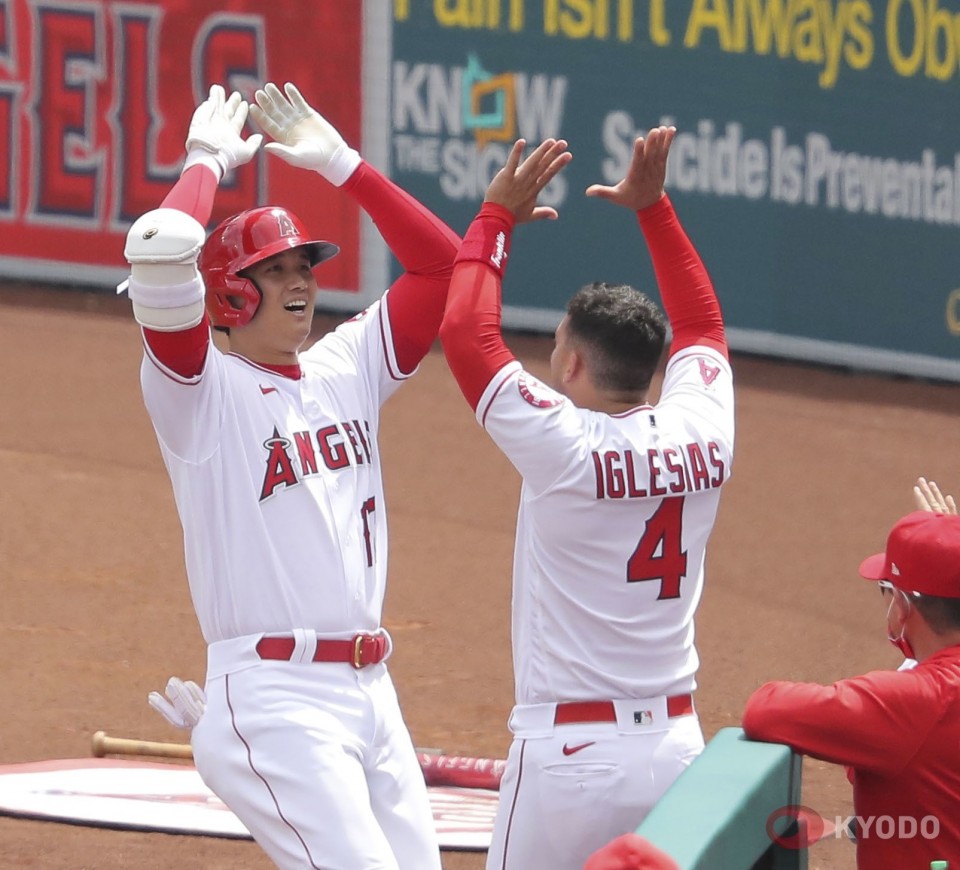 Shohei Ohtani (L) is congratulated by Los Angeles Angels teammate Jose Iglesias after hitting a solo home run in the third inning of a game against the Texas Rangers at Angel Stadium in Anaheim, California, on April 21, 2021, the 100th home run of his combined pro career in Japan and the major leagues. (Kyodo) ==Kyodo 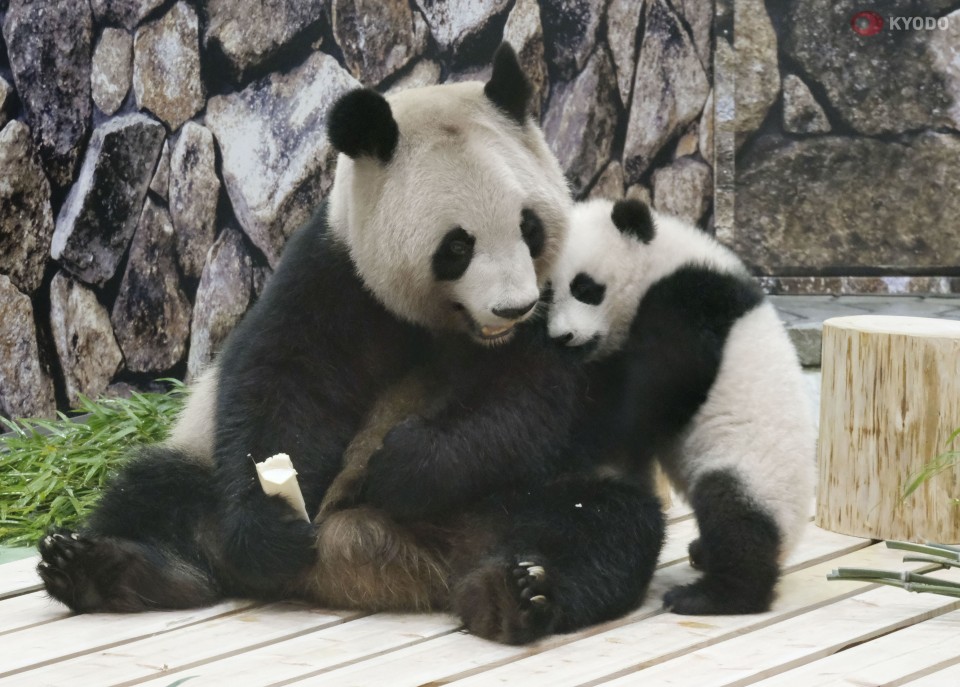 Giant panda cub Fuhin (R) and her mother Rauhin are pictured at the Adventure World amusement park in the Wakayama Prefecture town of Shirahama, western Japan, on April 22, 2021. (Kyodo) ==Kyodo 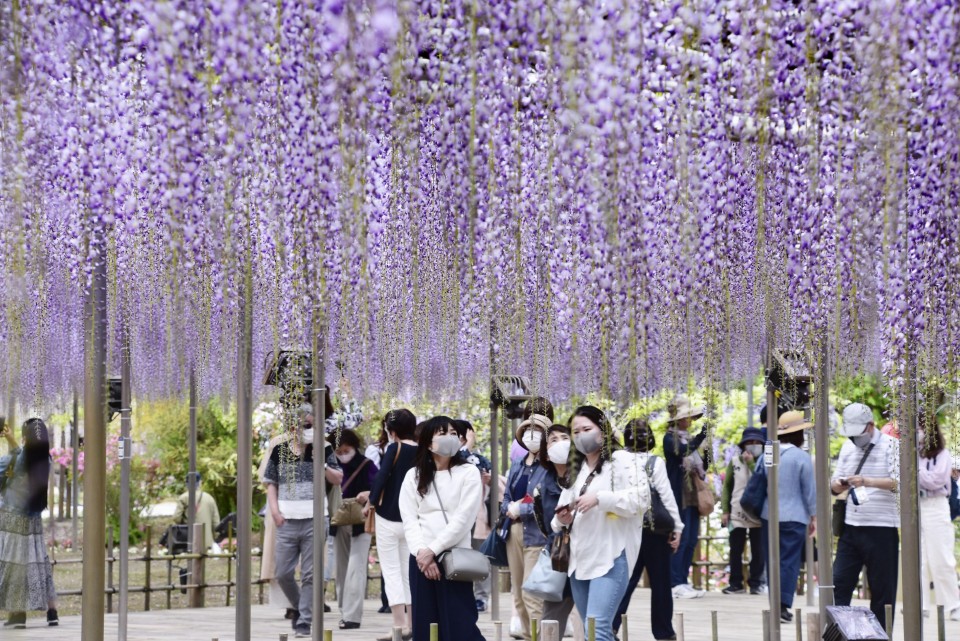 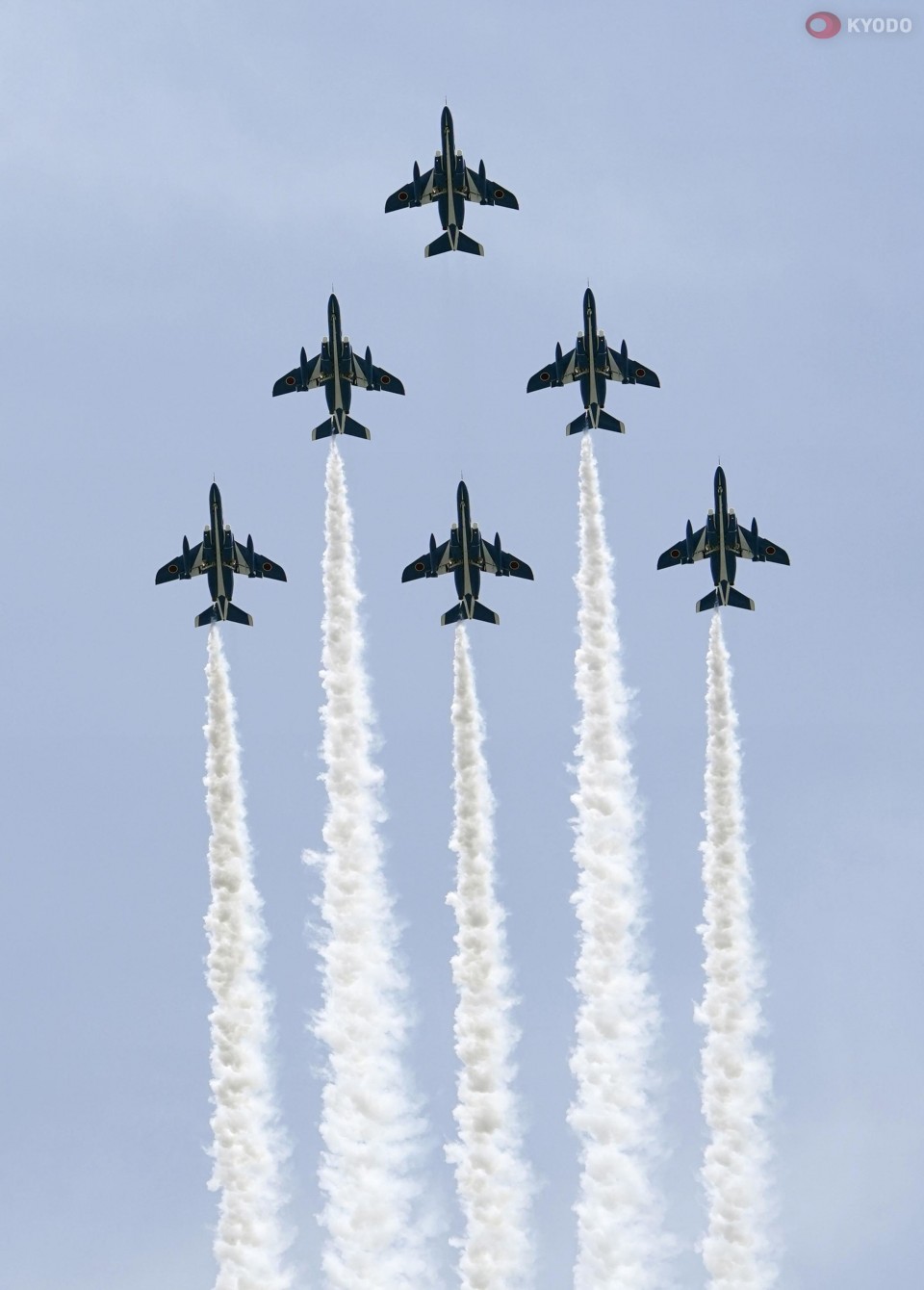 The Japan Air Self-Defense Force's Blue Impulse aerobatic team flies over the venue of the Tonami Tulip Fair in Tonami, Toyama Prefecture, on April 22, 2021, its first flyover for the public in about a year. (Kyodo) ==Kyodo 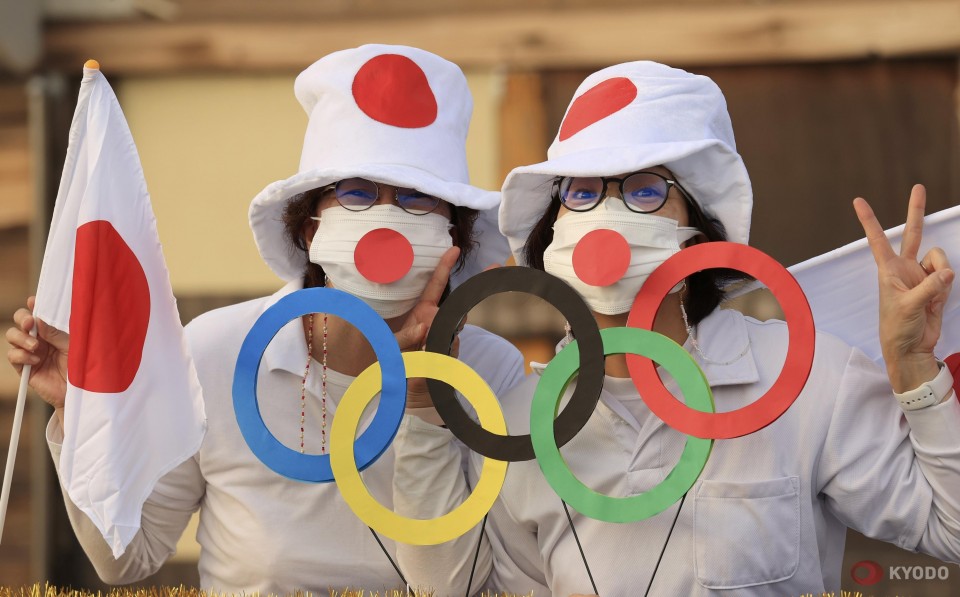