Japanese Prime Minister Yoshihide Suga said Friday he will prioritize the government's coronavirus response but will also give consideration to diplomatic and economic issues as he weighs when to dissolve Japan's lower house for an election, due by this fall. 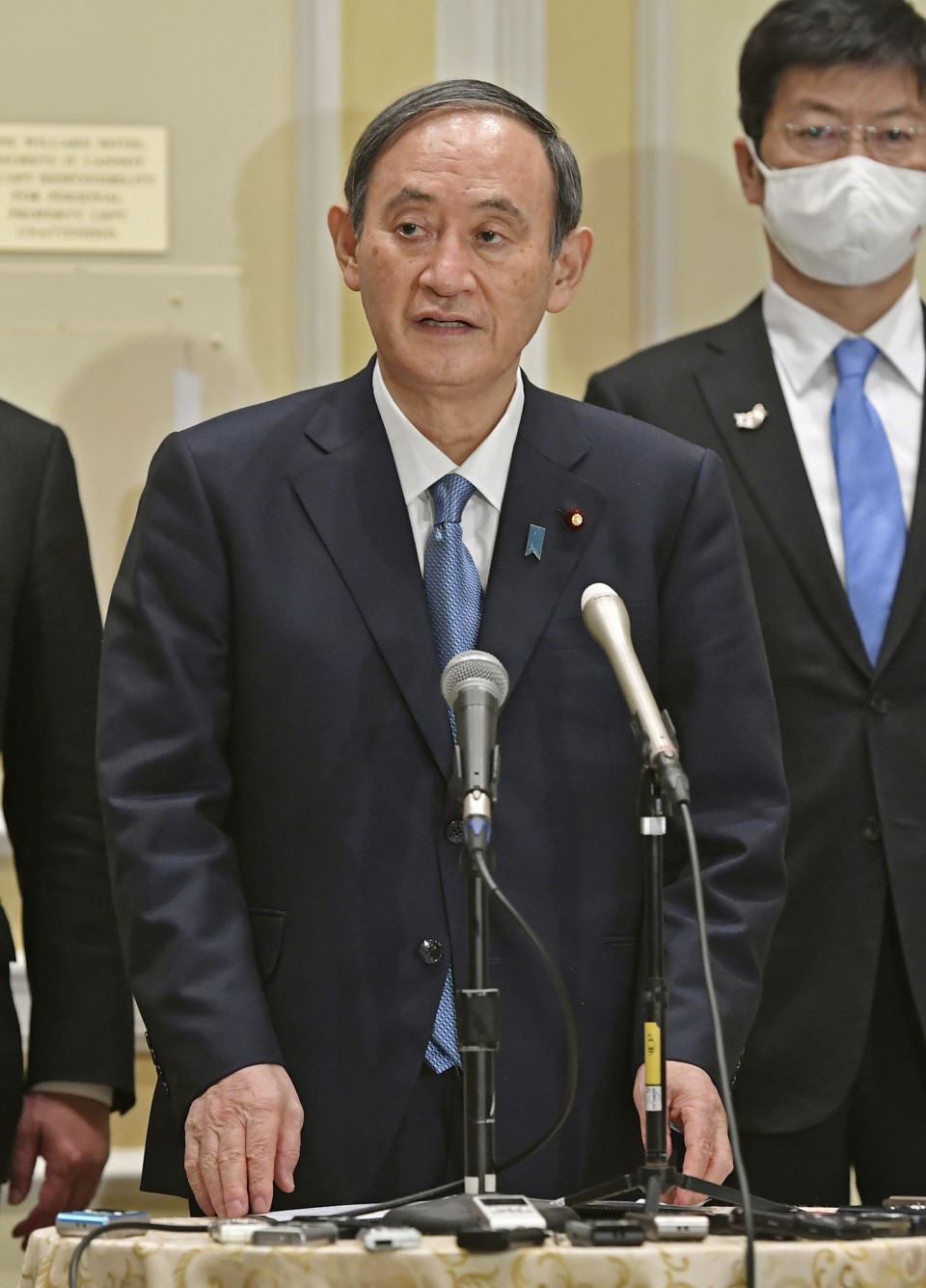 "I will think about the timing by taking into account the House of Representatives members' term ending this fall as well as diplomacy, security and the economy," he added.

The lower house members' four-year term expires on Oct. 21 and Suga's term as head of the ruling Liberal Democratic Party and thus the country's leader ends on Sept. 30, giving him a small window in which to call a general election.

While there has been speculation about the timing of the election, Suga has repeatedly said his focus is on getting life back to normal by taking measures to combat the coronavirus pandemic, maintaining the poll would only come after the public health crisis is under control.

Less than a month after lifting a state of emergency for all of Japan, the country has seen a resurgence of the virus. The government decided Friday to expand tougher COVID-19 restrictions to all three of the country's major metropolitan areas -- Tokyo, Osaka and Nagoya -- from next week.

The increase in the number of infections has clouded the outlook of this summer's Tokyo Olympic and Paralympic Games, which were already postponed one year due to the pandemic.

Japan's coronavirus inoculation campaign has progressed very slowly compared with the United States and some parts of Europe.

Japan started vaccinating elderly people against the coronavirus on Monday, the second group to start inoculations following health care workers. The program will expand to the rest of the population later.

Asked about the target, he said, "Since the United States will lead climate measures on the 22nd, I want to make it clear by then."

"As I have declared (the goal of) achieving carbon neutrality by 2050, and bear the responsibility as I have made the declaration, I want to take measures to that end," Suga said.

Japan originally set the fiscal 2030 target of slashing emissions by 26 percent compared with fiscal 2013 levels, but how much it will be raised has been under focus after Suga vowed last year to make Japan a net-zero emissions economy by 2050.