Shohei Ohtani continued his hot offensive start to the season Tuesday with his team-leading fourth homer, but the Los Angeles Angels suffered a narrow 3-2 loss to the Kansas City Royals.

The Angels had 12 hits but produced only two runs, one courtesy of their two-way star from Japan. Ohtani moved within one home run of a combined 100 from his four seasons in Major League Baseball and five in Nippon Professional Baseball. 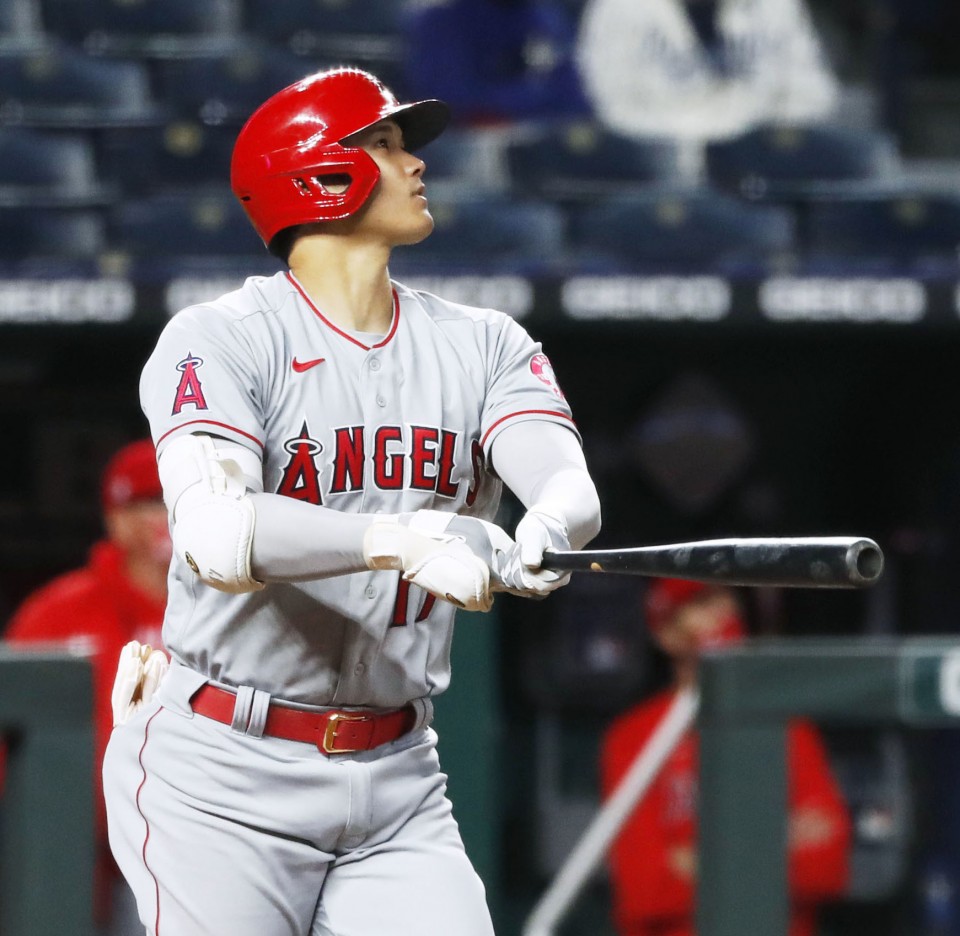 Shohei Ohtani of the Los Angeles Angels hits a solo home run in the fifth inning of a game against the Kansas City Royals at Kauffman Stadium in Kansas City, Missouri, on April 13, 2021. (Kyodo) ==Kyodo

Ohtani, who will not start on the mound this weekend because of a blister, connected for a solo shot off Danny Duffy (2-0) in the fifth inning to get the Angels on the board after Kansas City took a 2-0 lead through the fourth at Kauffman Stadium.

The 26-year-old Ohtani pitched and hit in the same game on April 4 for the first time since moving to the majors. The Nippon Ham Fighters used him as a two-way player in a handful of games in Japan.

On Tuesday, Ohtani had three hits for the second straight day, going 3-for-5 with an RBI. He homered, singled twice, flied out, and lined out to improve his batting average to .364.

Duffy got the win after throwing six innings of one-run ball, while three Kansas City relievers combined to hold Los Angeles to four hits and one run in the final three innings.

At Target Field in Minneapolis, Minnesota, Hirokazu Sawamura pitched one inning of scoreless relief as the Boston Red Sox beat the Minnesota Twins 4-2.

Sawamura has made five consecutive relief appearances without allowing an earned run.