Explosion occurs at cement factory near Tokyo, none hurt

An explosion occurred at a cement factory near Tokyo on Monday night, causing a car to burn in a parking lot about 50 meters away, but no one was injured in the incident, authorities said.

Local police and Taiheiyo Cement Corp. officials said an off-grid power system on the premises of the factory in Hidaka, Saitama Prefecture, is likely to have exploded at the time when 14 people were working in the plant. 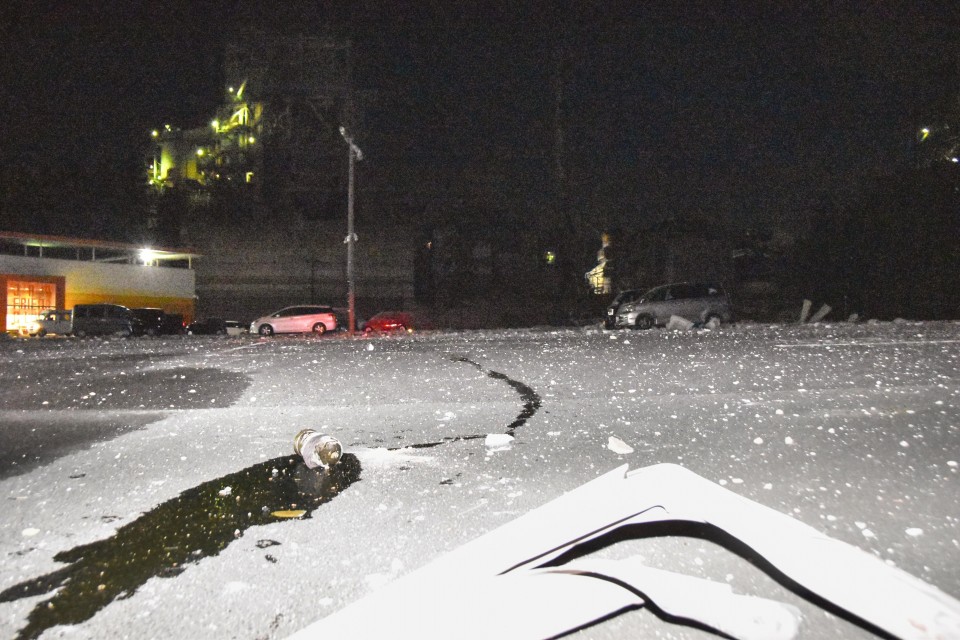 A parking lot near a factory of Taiheiyo Cement Corp. in Hidaka, Saitama Prefecture near Tokyo is covered with fragements on April 27, 2021, after an explosion was reported the previous night . (Kyodo)

The explosion damaged windows of about 20 vehicles in the parking lot, according to the police, while firefighters said the blaze spread to a forest near the factory but was quickly put out.

A local fire department received an emergency call at around 10 p.m. Monday reporting the sound of a blast and a passenger car on fire.

Residents around the factory heard a large explosion, with a 38-year-old woman who lives about 2 kilometers from the factory saying there was a loud noise and shaking.

"My daughter was on her way home from a cram school and was surprised to see something that looked like snowflakes falling," the woman added.

A 25-year-old resident of neighboring Sakado told Kyodo News he saw black smoke rising from the factory when he was in the adjacent parking lot of a pachinko parlor.

The man said he was able to return home in his ash-covered car, but there were other vehicles with broken windshields. 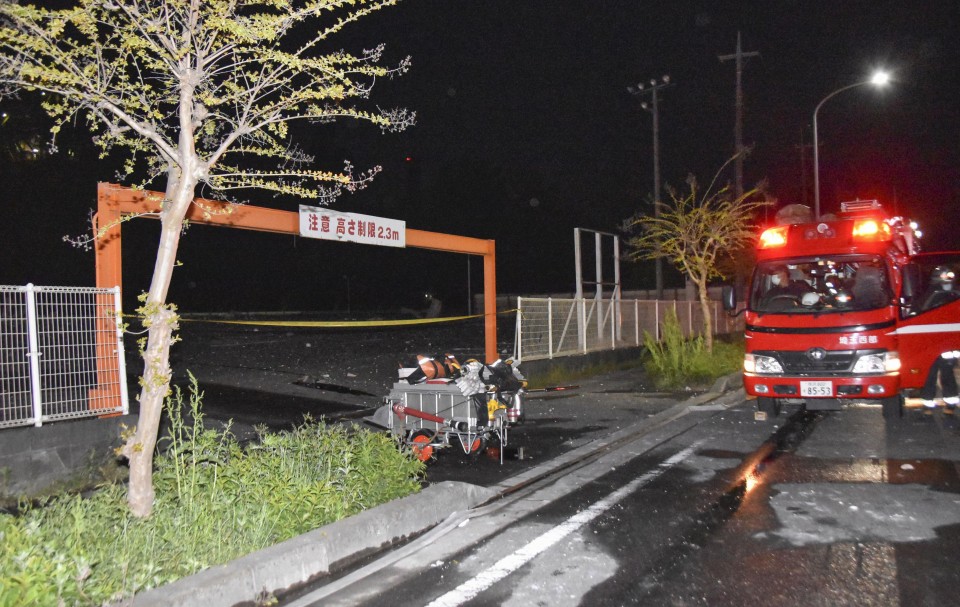 A fire engine parks near a factory of Taiheiyo Cement Corp. in Hidaka, Saitama Prefecture, near Tokyo in the early hours of April 27, 2021 after an explosion is reported there. (Kyodo)