The International Atomic Energy Agency said Tuesday it supports Japan's decision to release treated radioactive water from the Fukushima nuclear plant into the sea and stands ready to provide technical assistance in monitoring the discharge.

The U.N. nuclear watchdog reiterated that the water release is in line with international practice and technically feasible, after the Japanese government the same day made the decision on the grounds the plan should pose no safety concerns despite opposition from local fishermen and neighbor nations. 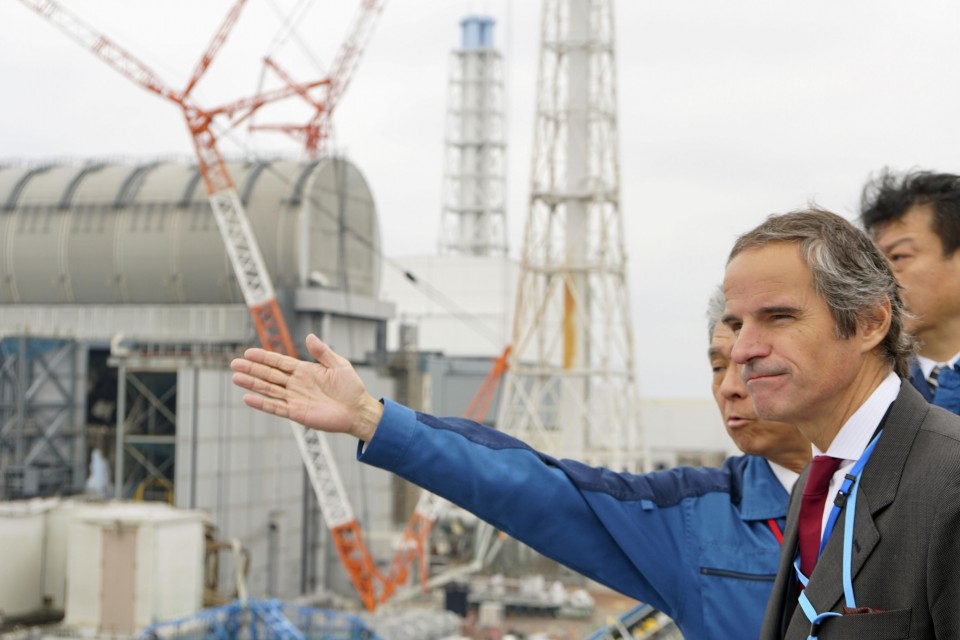 "I'm confident that the (Japanese) government will continue to interact with all parties in a transparent and open way as it works to implement today's decision," IAEA Director General Rafael Grossi said in a press release.

The organization is ready to provide technical support in monitoring and reviewing the safe and transparent implementation of the plan, he added.

According to the IAEA, controlled water discharges into the sea are methods routinely used by nuclear power plant operators around the world under specific regulatory authorizations based on safety and environmental impact assessment.

At the Fukushima plant, which was damaged by the March 2011 earthquake and tsunami, water pumped into the reactors to cool the melted fuel, mixed with rain and groundwater, is treated using an advanced liquid processing system, or ALPS. But the treated water still contains tritium, which will be reduced to safe levels for release.

Over 1.25 million tons of contaminated water is stored in tanks, which occupy large areas of the site, and the storage capacity is expected to run out from around fall next year.

Japan has asked the IAEA to dispatch international expert missions to review the country's plans and activities based on its safety standards, according to the agency.

"We will work closely with Japan before, during and after the discharge of the water," said Grossi, who visited Tokyo Electric Power Company Holdings Inc.'s Fukushima Daiichi nuclear power plant last year.

Grossi also added the government's decision is "a milestone" and will help the power company make progress in the decommissioning of the crippled Fukushima plant.