Two months after Myanmar's military toppled the elected government, the country's ethnic minorities are increasingly caught up in the chaos and bloodshed unleashed by the coup, forcing some to flee to neighboring Thailand.

Following airstrikes by the military on an area controlled by an armed ethnic group in southeastern Kayin State, thousands of Karen people have fled across the border in recent days, but most of them are being turned back.

An injured woman is treated at a hospital in Mae Hong Son province, Thailand, on March 31, 2021. People from Myanmar's Karen ethnic minority have taken refuge in the northwestern Thai province to flee airstrikes by the Myanmar military. (Kyodo) ==Kyodo

"My 5-year-old nephew was hit by a bomb in the face right before my eyes," a woman who was receiving treatment for a facial injury said from a hospital bed after fleeing to Thailand.

Mae Hong Son, where the woman and thousands of others have sought refuge, is a northwestern province separated from Kayin by a river. On the Myanmar side, the area close to the Thai border is controlled by the Karen National Union armed ethnic minority group.

The KNU has forged a cease-fire deal with the government but since the Feb. 1 coup has provided protection to anti-coup protesters and attacked one of the military's bases.

The military has conducted retaliatory airstrikes since Saturday. 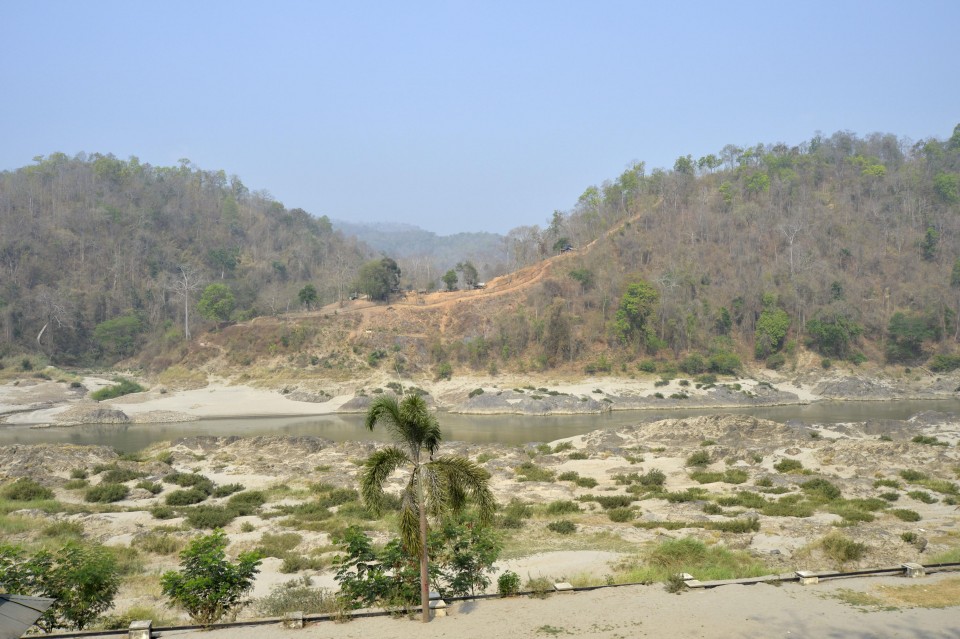 The 25-year-old woman who lost her nephew was among four people injured in the airstrikes who were being treated at a hospital in southern Mae Hong Son.

Her 60-year-old mother, who had been taken to the hospital with her, tried to answer a reporter's question, but could not because of a chest pain.

Another woman, an 18-year-old who suffered injuries to her left leg, said the bombing occurred after dinner. "We didn't know what had happened, so the whole family bolted from the house."

She and other family members hid in the jungle along with other residents. Badly injured, she was separated from her family while being transported to the hospital.

"I think my family is probably still hiding in the woods," she said.

According to the Thai government, 2,897 people had fled to Thailand as of Tuesday and 2,352 of them had returned to Myanmar. But the KNU has said over 10,000 people have either crossed the border into Thailand or have been hiding in the jungle.

While the Thai government denies returning the refugees, most of them have in fact been turned back.

"It pains me to see even children and the elderly losing beds to sleep on," said a 36-year-old shop owner near the border with Myanmar, adding that the Thai government should protect those who are fleeing for their lives.

Tensions have been rising in Myanmar between armed ethnic minority groups and the military, with the groups condemning the coup. Some of the groups such as the KNU have made clear their support for those protesting military rule.

Clashes with the military have occurred in Kayin and northern Kachin State.

In western Rakhine State, the Arakan Army, a mostly Buddhist armed ethnic group, had observed a cease-fire with the military but issued a statement on Tuesday warning that it would help pro-democracy forces and resume its armed struggle.