The Japanese government on Thursday designated Osaka, Hyogo and Miyagi prefectures for stronger measures against COVID-19 amid a sharp resurgence in infections.

The steps, including fines for eateries that ignore mandates to shorten operating hours, will be effective from April 5 for one month. 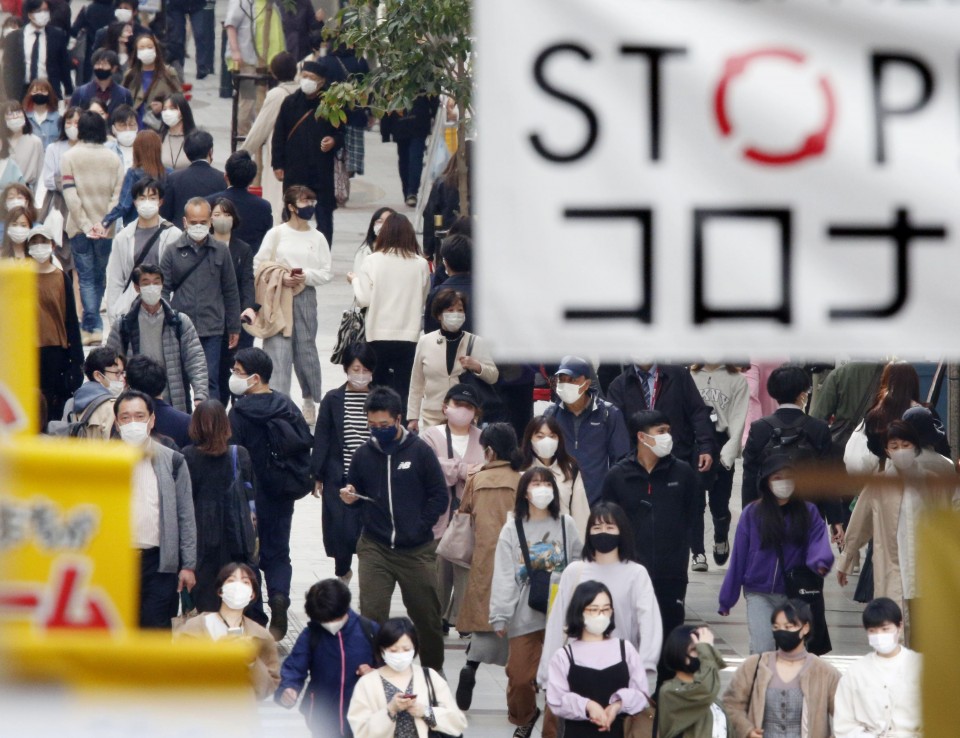 "These measures are necessary to stop the coronavirus from spreading and prevent the need for another state of emergency," Prime Minister Yoshihide Suga told reporters.

The designation comes as Osaka reported 616 new infections on Thursday, the most in more than two months and exceeding Tokyo's 475 cases, and with less than four months until the capital hosts the Summer Olympics.

Coronavirus cases are also on the rise in Miyagi, which saw a record 200 new infections on Wednesday, and Hyogo, which reported a two-month high of 211. 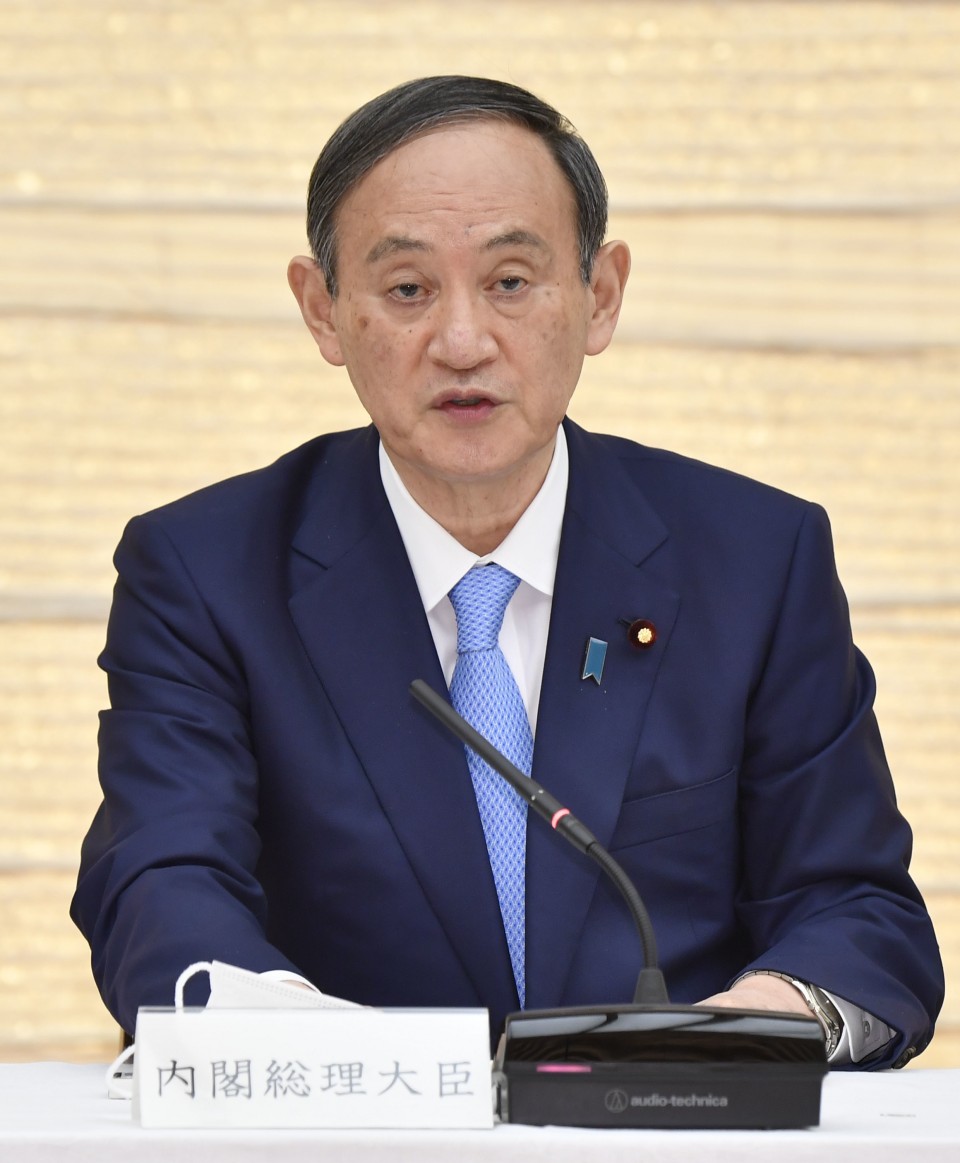 The three prefectures are the first to be designated as being on the brink of a state of emergency under a revised law that took effect in February.

Governors have the authority to choose the cities and towns subject to the stronger measures. Yasutoshi Nishimura, minister in charge of virus response, said he expects the city of Osaka and nearby Kobe, Ashiya, Nishinomiya and Amagasaki in western Japan as well as Sendai in northeastern Japan to be named.

Restaurants and bars will be asked to close by 8 p.m. and could be slapped with a fine of up to 200,000 yen ($1,800) for noncompliance. Attendance at large events such as concerts and sports games will be capped at 5,000.

The measures will take effect as Japan starts its new fiscal year, typically a time for school entrance celebrations and businesses welcoming new hires, and remain through the end of the Golden Week holidays, usually one of the year's busiest travel periods.

Suga called on the public to refrain from nonessential outings or going to other prefectures, expressing concern over the rapid spread of more contagious variants of the coronavirus. The variants, discovered in Britain, South Africa and Brazil, already make up half of the infections in Osaka and 70 percent in Hyogo, he said.

Some experts expressed doubt over whether the stronger measures would be enough to bring down infections.

"People have become completely complacent," said Yoshikazu Nakamura, a professor of public health at Jichi Medical University. "It would be ideal if the public could be swayed to change their habits, but I'm not convinced the measures will be effective."

The government is arranging to pay up to 100,000 yen each to small and midsize businesses that adopt shorter operating hours under the designation, and up to 200,000 yen to large firms.

Osaka Gov. Hirofumi Yoshimura called for the stronger measures on Wednesday, saying the prefecture has already entered a fourth wave of infections.

On Thursday, he said the Olympic torch relay leg in the city of Osaka, scheduled for April 14, should be canceled.

Okinawa and Yamagata prefectures had also been under consideration for designation, but Chief Cabinet Secretary Katsunobu Kato said the government will wait and see if the prefectural governments' nonbinding requests for eateries to close early can bring down infections.

Suga declared a state of emergency in Tokyo and the surrounding area on Jan. 7, later expanding it to a total of 11 prefectures including Osaka and Hyogo. The measure was lifted in stages with the Tokyo area ending it last on March 21. 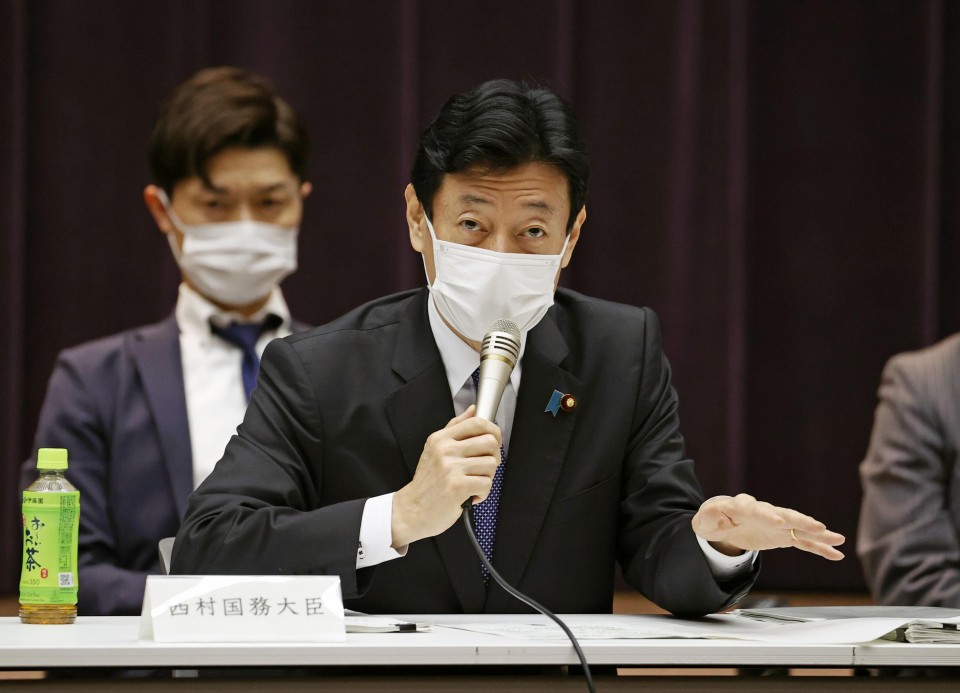 Japanese economic revitalization minister Yasutoshi Nishimura speaks at a meeting of the government's subcommittee on the coronavirus on April 1, 2021, in Tokyo. (Kyodo) ==Kyodo 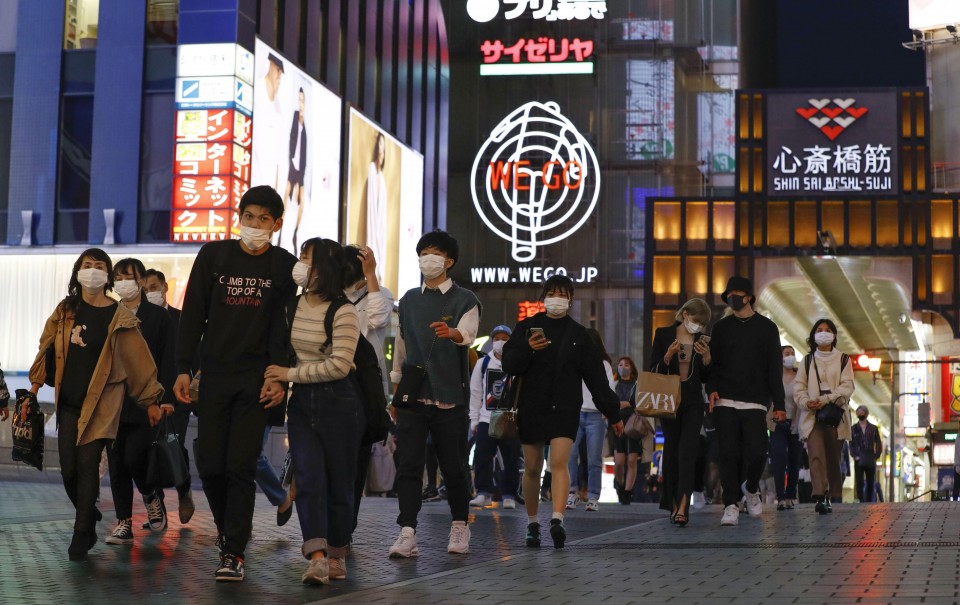