The Japanese government decided Friday to compile by the end of this year an action plan for discharging treated radioactive water from the crippled Fukushima nuclear plant into the Pacific Ocean.

Following the decision Tuesday to start releasing water in small amounts in about two years' time, Cabinet ministers also agreed during their first meeting on the matter to set up a working group to hold hearings to prevent unfounded rumors from causing reputational damage to marine products from the area. 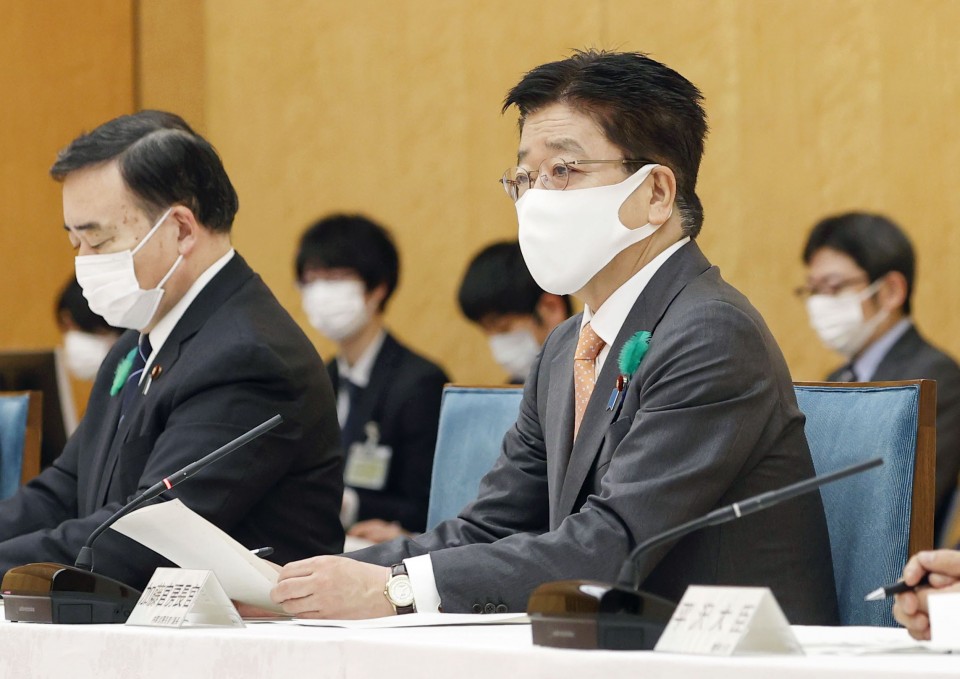 "We will proactively take swift measures to deepen understanding of people in Japan and overseas," said Chief Cabinet Secretary Katsunobu Kato of the decision to discharge the water, which will be diluted before its release.

Fukushima Gov. Masao Uchibori, who also attended the meeting, requested relevant ministries and agencies to "work as one to take all-out measures so that efforts to rebuild (the crisis-hit area) and dispel harmful rumors do not suffer a setback."

Those taking part affirmed their ministries and agencies will work together in monitoring radioactive materials in the treated water and foster international understanding of the discharge.

International Atomic Energy Agency Director General Rafael Grossi has said his organization will play a central and permanent role in monitoring the discharge.

The second Cabinet meeting on the issue will be held around this summer to compile an interim report on measures against reputational damage, while working group sessions will be held several times from May to hear opinions of local governments and fisheries organizations and conduct a survey on residents.

The government's decision to discharge the water, based on its claim that it poses no safety concerns, has triggered an outcry from local fishermen and neighboring countries such as China and South Korea.

The move came after years of discussions on how to dispose of more than 1 million tons of the treated water, which has accumulated at the complex after a massive earthquake and tsunami triggered a triple meltdown at the Fukushima Daiichi plant in March 2011.

The process removes most radioactive materials including strontium and cesium but leaves behind tritium, which is a form of hydrogen and is said to pose little health risk in low concentrations.