Second-favorite Efforia eased to victory in the 81st running of the Satsuki-sho on Sunday, the first leg of this year's Japanese triple crown, as the colt triumphed in his fourth straight race since his debut.

Efforia was behind the leaders until galloping to the fore early in the final stretch over 2,000 meters at Nakayama Racecourse, comfortably holding off eighth-pick Title Holder by three lengths to cross in 2 minutes, 0.6 seconds. 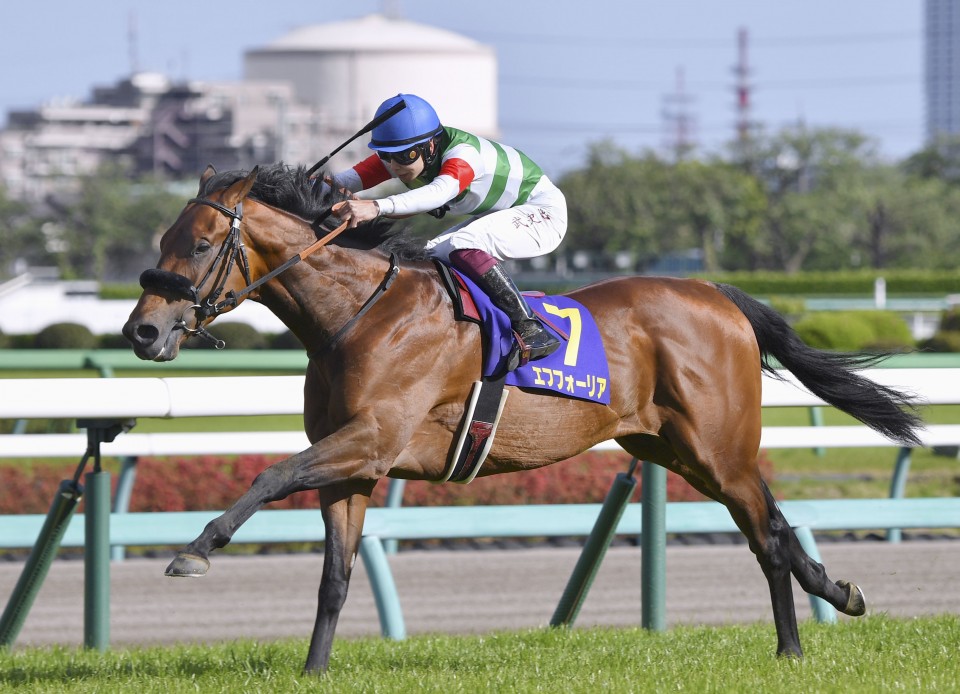 Second-favorite Efforia eases to victory in the 81st running of the Satsuki-sho on April 18, 2021 at Nakayama Racecourse in Funabashi, near Tokyo. (Kyodo)

Efforia became the 19th unbeaten colt to win the classic for 3-year-olds.

It was the first Grade 1 win for 22-year-old fifth-year jockey Takeshi Yokoyama as he and his father Norihiro -- a 1998 G1 winner -- became the third father-and-son jockey pair to win a G1 race.

"This is the best feeling I know. He (Efforia) was popular and the pressure was huge, but I went into the race telling myself I can win if I made use of my technical skills and the horse's ability," the younger Yokoyama said.