The Asian Wrestling Championships wrapped up in Kazakhstan on Sunday, with three Japanese athletes topping the podium during the six-day tournament.

The competition at Almaty's Baluan Sholak Palace of Culture and Sports served as an important warmup for this summer's Tokyo Olympic Games following the suspension of the international wrestling calendar amid the coronavirus pandemic. 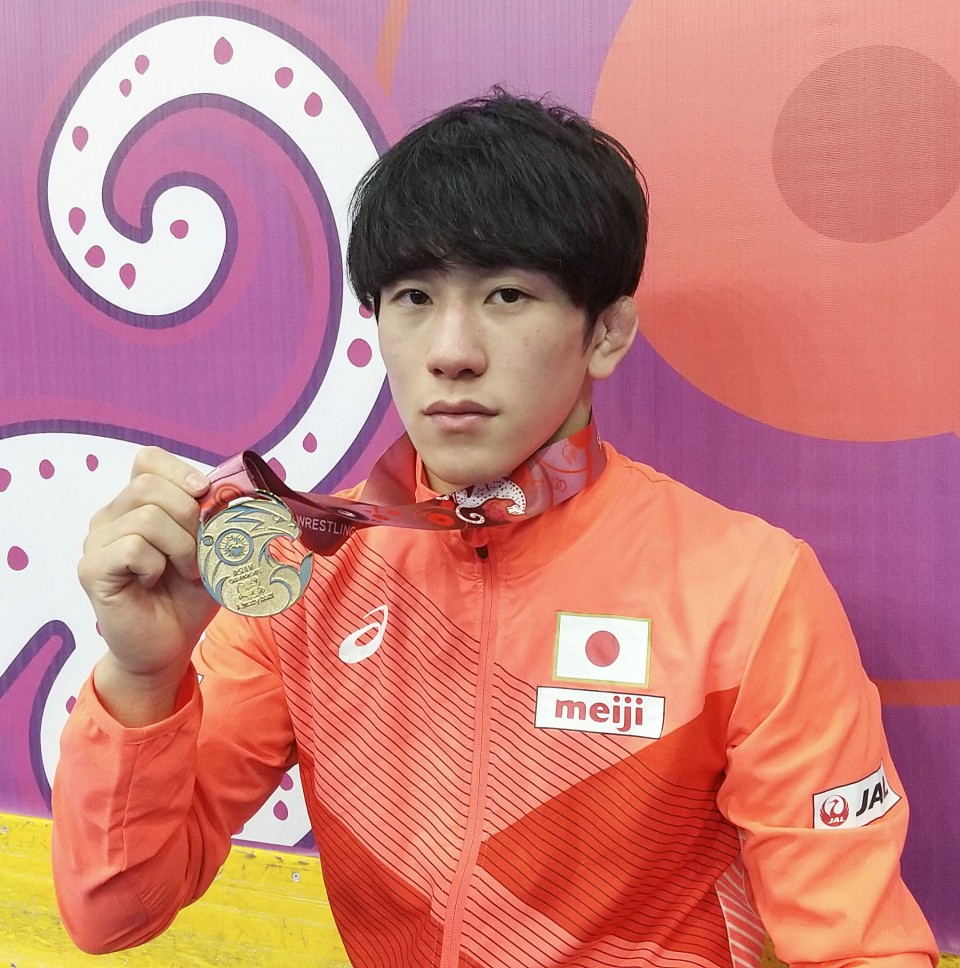 Takuto Otoguro shows off his medal after winning the men's 65-kilogram freestyle title at the Asian Wrestling Championships in Almaty. (Photo courtesy of the Japan Wrestling Federation)(Kyodo)

Takuto Otoguro successfully defended his men's 65-kilogram freestyle title on the penultimate day of the meet after India's Bajrang Punia withdrew from the final due to injury.

"I was able to use the skills and motivation I'd been building up for the past year, so it felt like it hadn't been in vain," Otoguro, the 2018 world champion, said.

"I'll do everything in my power to win the gold medal at the Tokyo Olympics."

Yu Shiotani was victorious in the 55-kg Greco-Roman competition on the opening day, earning gold with a win over Uzbekistan's Ilkhom Bakhromov.

The Japanese women's team withdrew from the championships ahead of their departure for Kazakhstan after a member was suspected of being in close contact with someone infected with the coronavirus.

The Japan Wrestling Federation is looking at alternatives to prepare them for the Tokyo Games.

The federation said Sunday a total of five athletes and staff who traveled to the meet had tested positive for the coronavirus since returning to Japan.