An unreleased diary of a pioneering Japanese feminist will be displayed at her memorial museum from this weekend, half a century after her death.

Several photocopied pages of the diary of Raicho Hiratsuka, in which she claimed women should raise their voice in peace issues, will be exhibited at her house museum in Ueda, Nagano Prefecture, from Saturday. 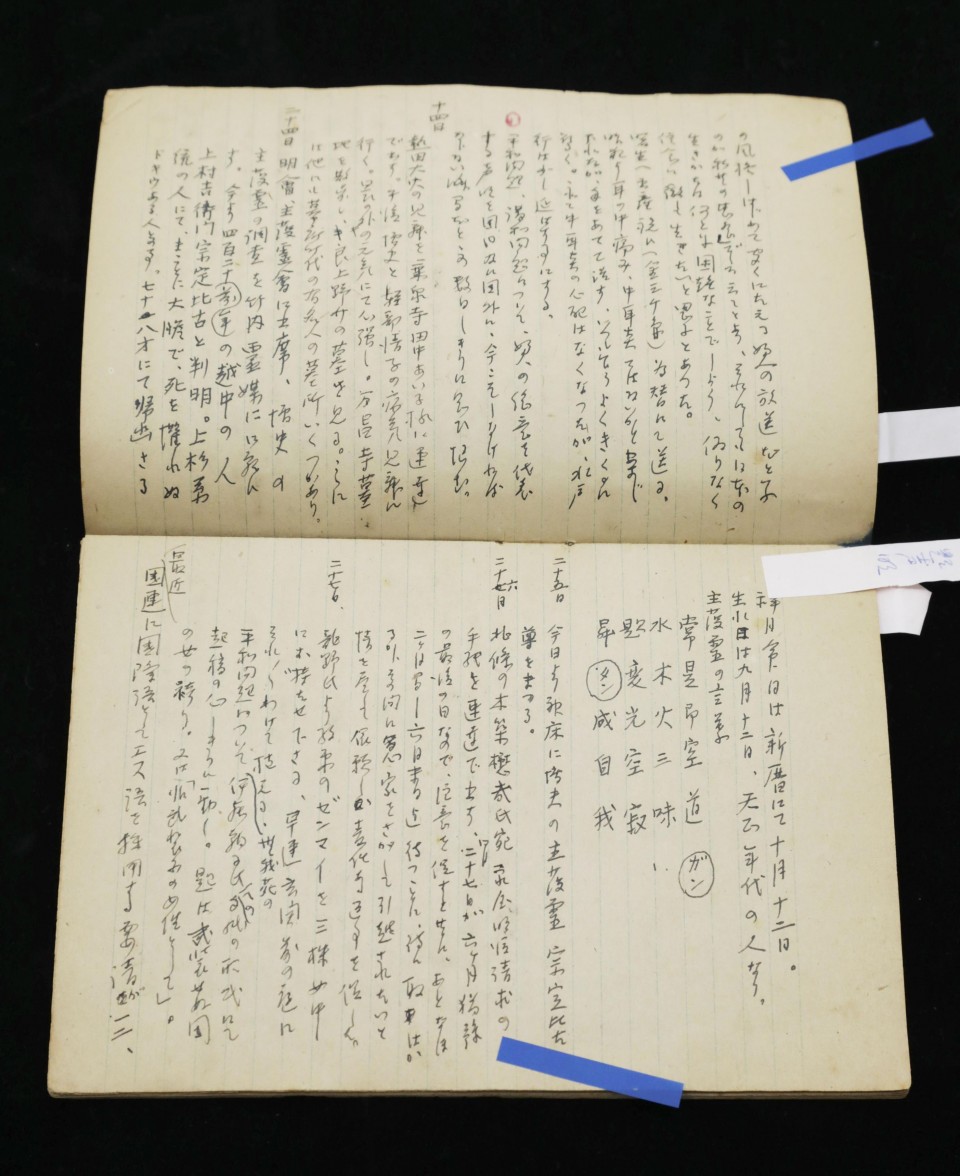 To mark the 50th anniversary of Hiratsuka's death and the 110th anniversary of the publication of Japan's first literary magazine by women for women called Seito (Bluestocking), this year's exhibition will feature her role in the empowerment of women, something in which Japan still trails many other countries.

In protest at sexist remarks made by Yoshiro Mori, who resigned as head of the Tokyo Olympic and Paralympic organizing body in February, the exhibition will also shed light on the history of "women who don't stay silent."

Hiratsuka's grandson Naofumi Okumura, 76, who has kept the diary in his home in Tokyo, told Kyodo News, "I hope many people will be touched by her thoughts for peace."

The diary written in a small-sized notebook recorded her daily life between 1948 and 1950, when Japan was under the occupation of the Allied Powers' General Headquarters following its surrender in World War II.

But it also contains her desire to raise the voice of women against war as discussions were under way on Japan's rearmament in the lead-up to the 1951 signing of the San Francisco Peace Treaty, which formally ended World War II.

On April 13, 1950, she wrote, "I've been thinking for several days now is the time to...have a statement for the country and abroad representing women's general will over the peace issue and the treaty."

Sayoko Yoneda, a researcher of women's history, who heads a nonprofit organization commemorating Hiratsuka, said the thoughts expressed in the diary are believed to have led to a statement released on June 26, 1950, by her and other female activists on the peace treaty saying they would refuse to send their husbands and sons to war.

The statement was handed to John Foster Dulles, an adviser to the U.S. State Department at the time.