The mushrooms, which are called Mycena lux-coeli and emit a faint green glow at night, were observed for the first time this year on April 1, approximately half a month earlier than usual. They have been found in unusual abundance across various parts of the forest this year and can be seen until around September, according to ranger Riki Kawabata. 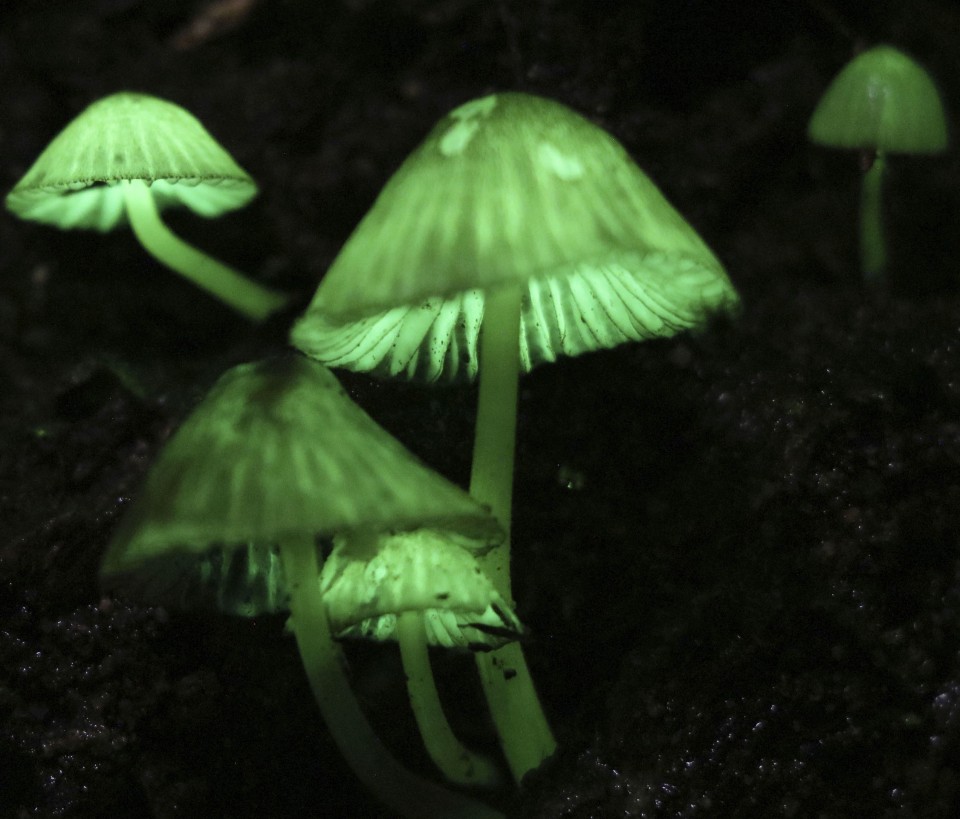 The bioluminescent species of fungus grows on fallen trees and has a cap measuring about 2 centimeters in diameter. It can only be found in Japan.

Both mushrooms and fireflies are considered intrinsic features of early summer on Amami-Oshima Island.

"We ask (visitors) to observe them at a distance to prevent any damage," Kawabata said.