Japanese Deputy Prime Minister Taro Aso repeated his claim Friday that it is safe to drink treated radioactive water accumulating at the crippled Fukushima Daiichi nuclear power plant after China asked him to personally prove it.

"I'm sure that the water will be diluted so that (the tritium concentration) is one-seventh of the level safe for drinking water under the World Health Organization's guideline," Aso told a press conference, without responding directly to the proposal made by Chinese Foreign Ministry spokesman Zhao Lijian on Wednesday. 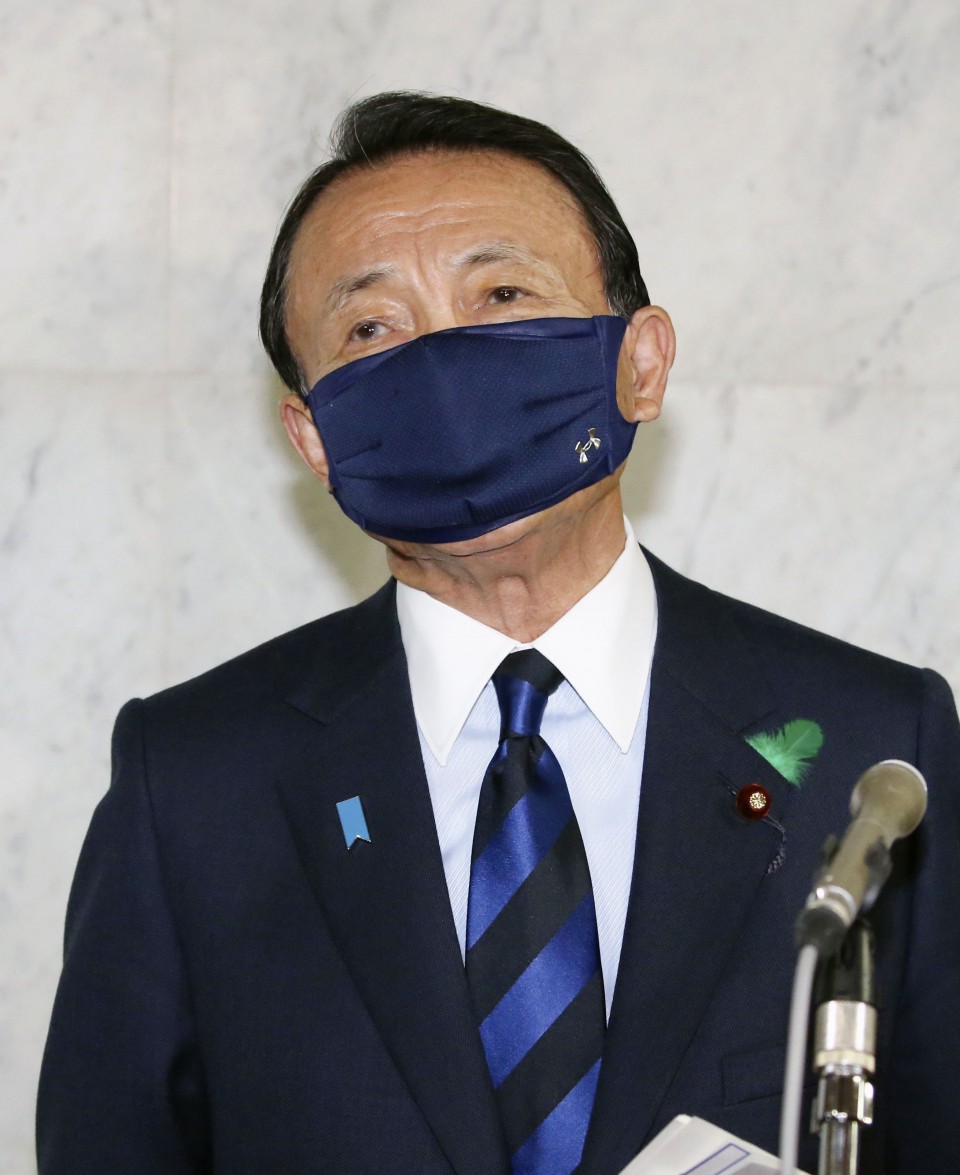 Zhao's remark at a news conference came a day after Tokyo officially decided to start releasing the treated water into the sea from the plant in northeastern Japan in two years. Aso said, "I have heard that we will have no harm if we drink" the treated water.

Aso refuted Zhao's criticism that the Pacific Ocean is not "Japan's sewer," countering, "So is it China's sewer? It's everyone's sea."

Aso, a former prime minister who has doubled as finance minister since 2012, has often come under fire for gaffes and controversial statements.

According to the Japanese government's plan, the tritium will be diluted to less than 1,500 becquerels per liter, one-40th of the concentration permitted under Japanese safety standards and one-seventh of the WHO's guideline for drinking water.

In addition to China, South Korea and Taiwan have aired opposition to Japan's decision, arguing that the water will harm the marine environment, food safety and human health.