A passenger on a Japanese cruise ship that departed from Yokohama port has tested positive for the novel coronavirus, its operator said Friday.

While infections are not believed to have spread among the 302 passengers and 425 crew aboard the Asuka II, the scheduled cruise will be canceled and make an emergency return to port on Saturday, according to NYK Cruises Co. and local city officials. 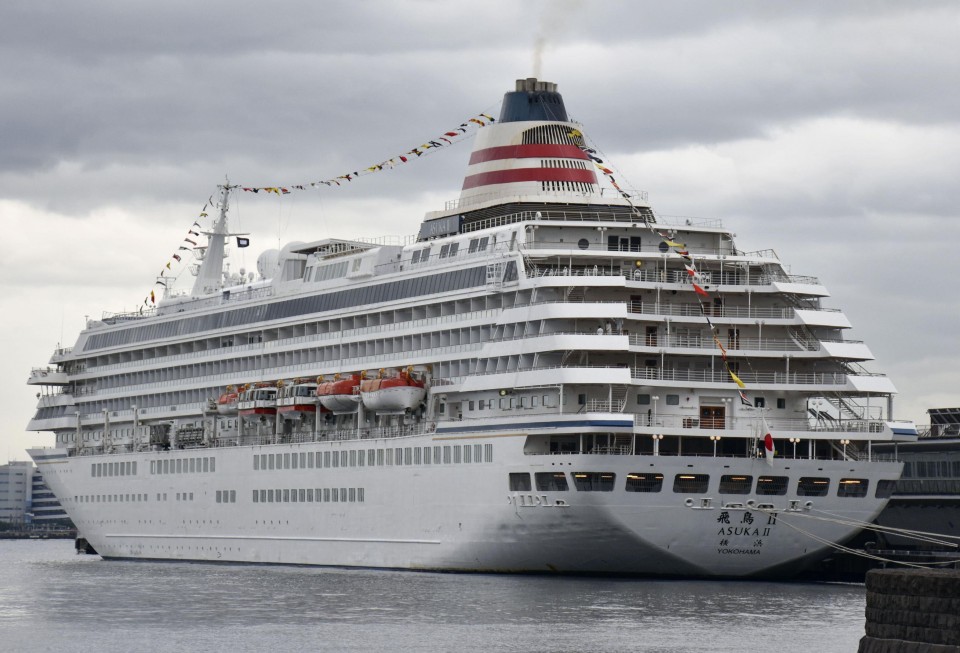 The infected person, a man in his 60s from Tokyo, did not have close contact with any other passengers except an accompanying female family member who tested negative, the company said.

The man does not have a fever and is being isolated in his cabin, it said.

All passengers had returned negative results in COVID-19 tests conducted one week before the ship's departure, but additional tests conducted during boarding confirmed the man was positive on Friday afternoon.

As per national guidelines, passengers have been asked to remain in their cabins with crew providing meals via room service, the ship's operator said.

It remains unclear where the man and his travel partner will be taken once the ship docks in Yokohama. Other passengers will disembark in turn.

The Asuka II, which left Yokohama on Thursday, was originally scheduled to make a voyage around Aomori Prefecture and Hokkaido before returning to the port next Wednesday.

The ship can hold a maximum of 872 passengers but was operating below capacity as a measure against the novel coronavirus.

In February last year, the Diamond Princess cruise ship was quarantined in the same port after infections were found onboard among the some 3,700 passengers and crew from 56 countries and regions.

The British-flagged, U.S.-operated cruise ship drew attention as the Japanese government's attempt to contain the COVID-19 disease courted controversy. Some 712 people from the ship were ultimately found to be infected and 13 died.