Wuhan market where virus spotted in early stage may be demolished 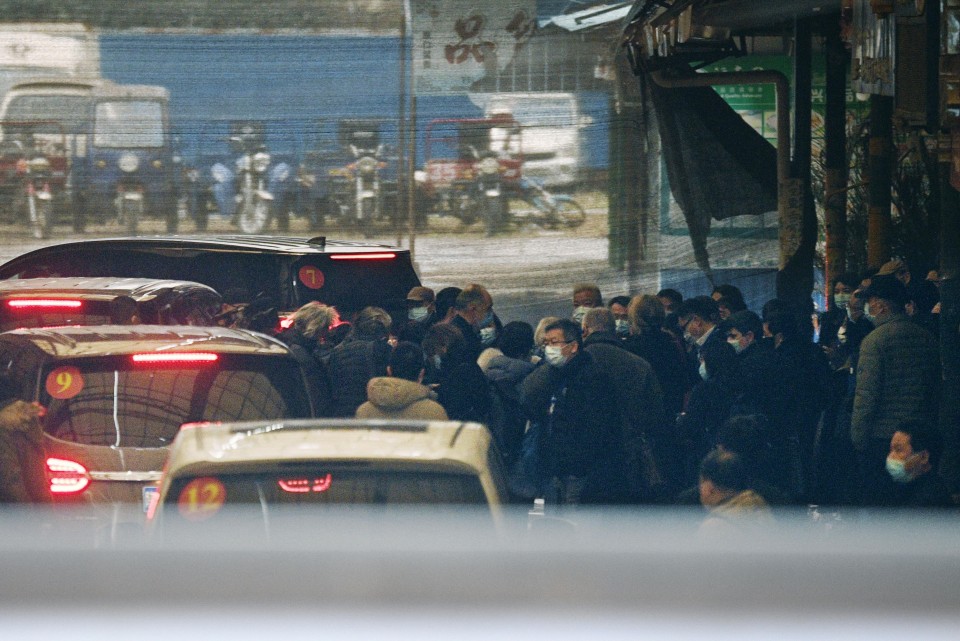 Members of the World Health Organization's team investigating the origins of the coronavirus pandemic arrive at the Huanan seafood wholesale market in Wuhan, China, on Jan. 31, 2021. (Kyodo) ==Kyodo

A market in the central China city of Wuhan, where many people were confirmed to have contracted the novel coronavirus in the initial stage of the outbreak in late 2019, is expected to be demolished, the nation's media reported Thursday.

The possible move would draw criticism from the international community likely to view it as an attempt by the Chinese Communist-led government to thwart efforts by other countries to identify the origins of the virus that causes the COVID-19 disease, foreign affairs experts say.

It remains to be seen when the market will be dismantled, according to China's media.

The market, where wild animals such as bats and snakes were sold alongside seafood, has been closed since January 2020 and has already been sanitized thoroughly by Chinese authorities.

In late January this year, experts from the World Health Organization carried out a one-hour investigation into the market and concluded there was no clear evidence of the virus having originated there.