Sodashi became the first white horse to win one of Japan's classic races, cruising to victory in record time at the 81st running of the Grade 1 Oka-sho for 3-year-old fillies on Sunday.

At Hanshin Racecourse, second favorite Sodashi covered the 1,600 meters on turf in a race-record 1 minute, 31.1 seconds to edge top favorite Satono Reinas by a neck. 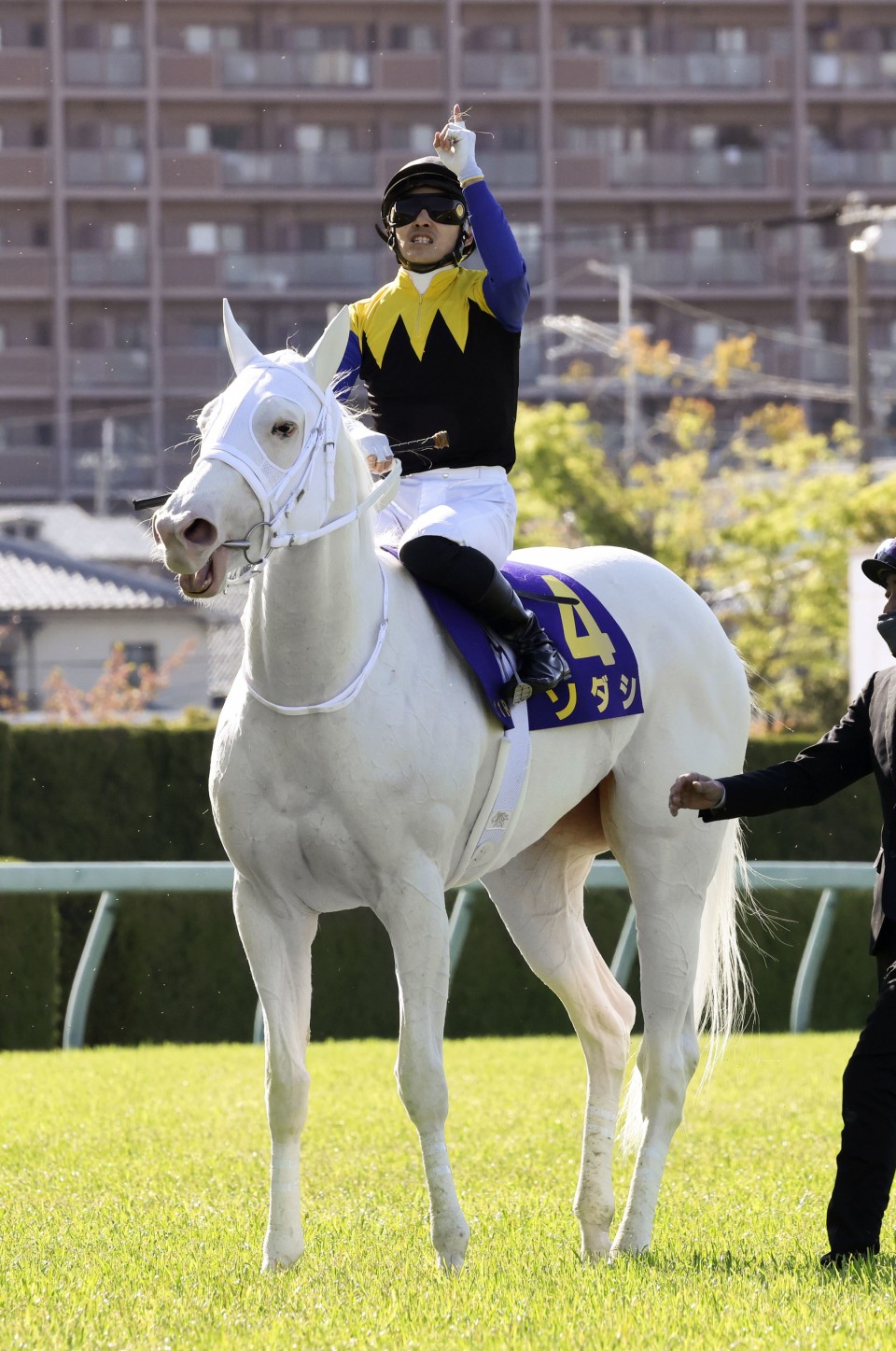 The filly inherited her all-white coat from her white granddam Shirayukihime, which means "Snow White" in Japanese.