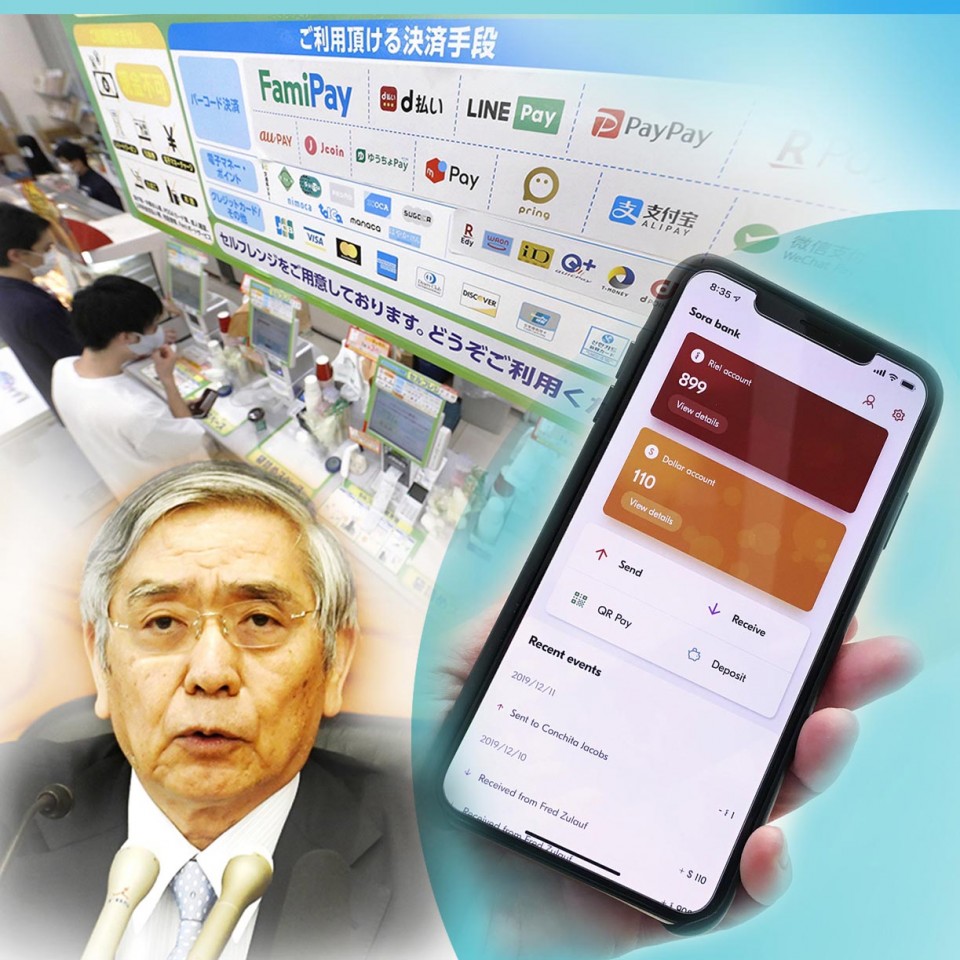 The Bank of Japan on Monday began a year-long experiment to check the basic functions of a central bank digital currency as its Chinese, European and U.S. peers are ramping up their own efforts toward introducing the new payment form.

The BOJ is experimenting with the issuance, distribution and redemption of a digital currency, among other functions, in the first phase through March 2022 of its three-stage experiment. The Japanese central bank, however, takes the position that it currently has no plans to issue one.

BOJ Governor Haruhiko Kuroda has said it is important to "prepare thoroughly to respond to changes in circumstances," and that it is not an appropriate policy response for central banks to start considering digital currencies only when the need to issue one arises.

China is leading the drive to promote the use of its own digital currency, or the digital yuan, with domestic trials under way. It is aiming to internationalize the currency, with the People's Bank of China cooperating with the central banks in Thailand, the United Arab Emirates and Hong Kong on a research project.

China's efforts to boost the standing of the yuan in its digital form could change the global financial system that has revolved around the U.S. dollar as a reserve currency. U.S. Federal Reserve Chairman Jeremy Powell has said a potential digital dollar is a high-priority project but has remained cautious about issuing one.

Cashless payments have attracted attention amid the coronavirus pandemic that has raised the need for no-contact services.

The BOJ announced its plan to carry out a digital currency experiment in October. After the first phase, the bank will move on to technical issues such as how to ensure security and anonymity. In the final stage, the bank will consider a pilot program that would involve private-sector participants and users.