Myanmar issues warrants for over 100 celebrities for fanning protests

Myanmar's military government has issued arrest warrants for over 100 celebrities as of Thursday, including actors and singers, for fanning anti-coup protests, according to state-run media.

The suppression on the free speech of the influential people comes amid the military's struggle in cracking down on the protests calling for democracy, which have continued across the country since the Feb. 1 coup. 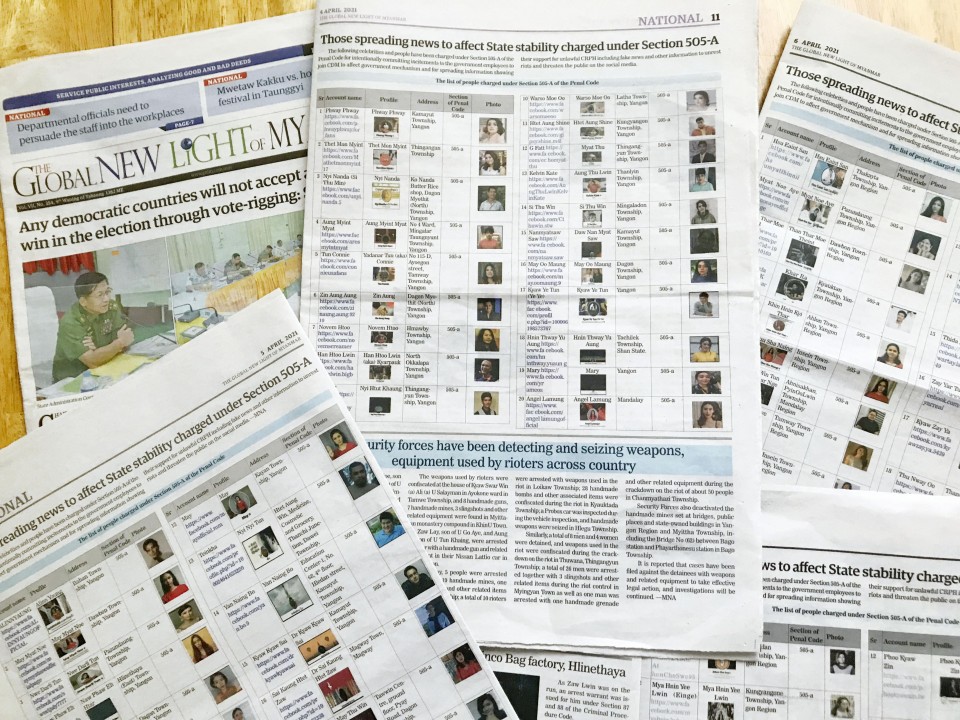 The Global New Light of Myanmar listed on its website the celebrities charged under the Penal Code for inciting government employees to join a so-called civil disobedience movement and spreading information on supporting the opposition on social media.

Among the singers served the arrest warrants is Mary, 25-year-old singer whose real name is Mary Soe. Her safety has not been confirmed as of Thursday.

Soe grew up in Tokyo and has been active as a singer and a model based in Myanmar since around 2017, according to her Facebook page with a million followers.

The social media page shows photos of her participating in anti-coup demonstrations. Her last post, made on Friday, shows a photo of three fingers, a salute used by pro-democracy protesters, with flowers.

The military government has shut down access to Facebook and Twitter as well as blocked data communications of mobile phones. But some famous people found means to keep posting their opinions.

However, the crackdown on the free speech is increasing as the military has added more names of people who have been issued arrest warrants on the state newspaper.

In Myanmar, over 2,800 people have been detained by authorities since the Feb. 1 coup, according to the Assistance Association for Political Prisoners, a human rights group monitoring the situation.

Myanmar military sees violence as the only means: rights group