Japan's National Museum of Nature and Science's traveling exhibition "Pokemon Fossil Museum" will open at the Mikasa City Museum in Hokkaido, the country's northernmost main island, from July, allowing visitors to learn about ancient creatures together with characters from the Pokemon video game series.

The exhibition will display around 30 fossil specimens and models of ammonites and other prehistoric creatures owned by the museum. 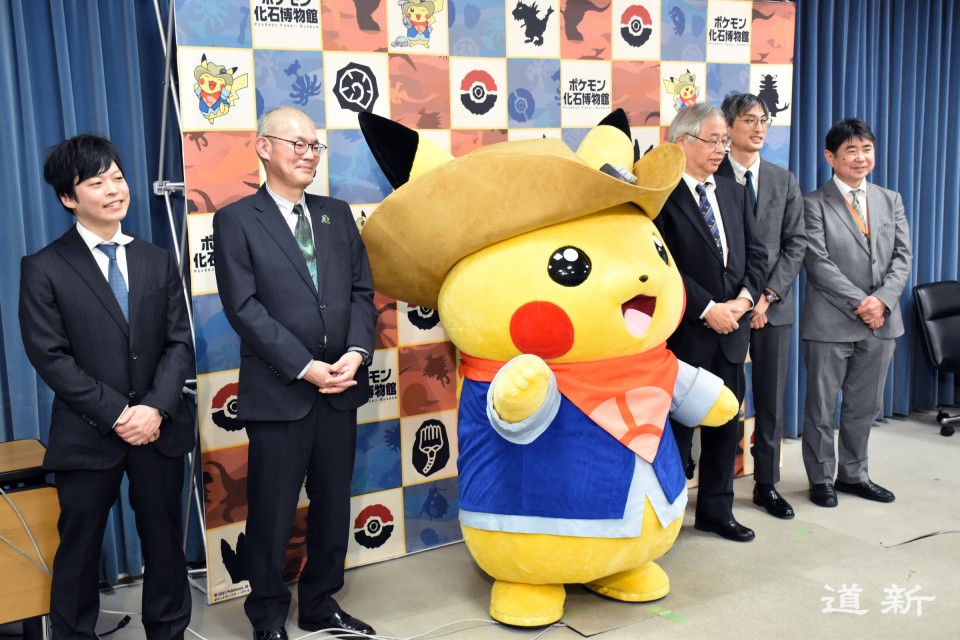 The fossils will be displayed along with Pokemon characters that closely resemble them and their physical characteristics and skeletons will be compared.

The main character in the traveling exhibition, Pikachu, will appear as an illustration at the venue to explain the exhibition to visitors.

At the suggestion of the museum's chief researcher, Daisuke Aiba, the exhibition was fully supported by Pokemon Co., an affiliate of Nintendo Co.

Since he was a boy, Aiba has been drawn to the "diverse worldview" of Pokemon and he has been working on the idea of a collaborative exhibition since he became a curator in 2015.

At the invitation of the National Museum of Nature and Science, which was seeking to collaborate with local museums, museums in Shimane and Aichi prefectures were added to the exhibition, making it "the first traveling exhibition in the history of public-private partnerships," according to the museum.

The traveling exhibition will be held in Mikasa City Museum from July 4 to Sept. 20, and then in various locations until the summer of 2023.

Aiba, who will also serve as the general supervisor of the exhibition said, "I would be happy if Pokemon can help people to become interested in paleontology and science."