The Japanese government plans to impose a fresh coronavirus state of emergency in Tokyo as well as Osaka, Kyoto and Hyogo prefectures on Friday as infections surge with just three months until the Tokyo Olympics, sources with knowledge of the plan said Wednesday.

Tougher restrictions, expected to include asking department stores and amusement parks to close temporarily, will be in place during the Golden Week holidays through early May, the sources said.

"We will cooperate with local governments and study the contents of the measures" they plan to take, Suga told reporters after meeting with members of his Cabinet including health minister Norihisa Tamura and Yasutoshi Nishimura, minister in charge of Japan's coronavirus response. "Then I will make a decision, possibly this week." 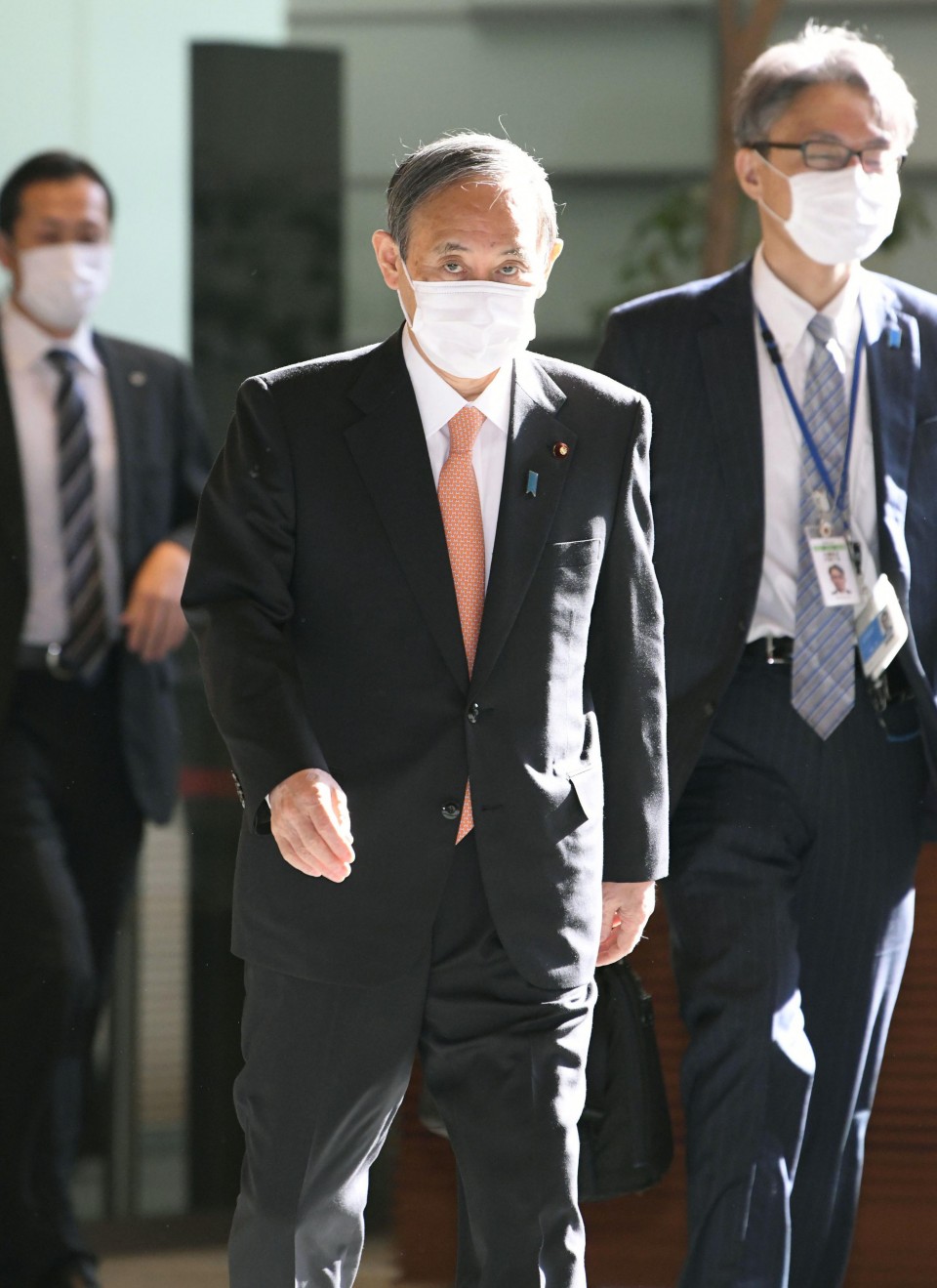 Ehime Prefecture in the Shikoku region of western Japan asked for a quasi-state of emergency to be declared.

Yoshimura said he plans to call on restaurants and bars to close on weekends as well as refrain from serving alcohol, along with asking major commercial facilities such as department stores and amusement parks to close temporarily.

Such measures would be stronger than his current request for eateries in central Osaka to close by 8 p.m. under the current quasi-state of emergency.

Tokyo and Hyogo are also in discussions with the government to ask commercial facilities to close.

Nishimura described the situation in Osaka as "extremely severe," telling a parliamentary committee, "We have to implement stronger measures in a concentrated manner."

Despite restrictions under the quasi-state of emergency in place since April 5, Osaka saw a record 1,242 daily coronavirus cases on Wednesday. Hyogo also hit a record with 563, while Tokyo reported 843, the most since the previous state of emergency was lifted in late March. The nationwide tally topped 5,000 for the first time in three months.

Shigeru Omi, an infectious disease expert who chairs a government subcommittee on virus countermeasures, told a separate parliamentary committee that an emergency must be declared "as soon as possible" taking into account the spread of highly contagious variants of the coronavirus, and should remain in place for at least three weeks.

According to an analysis by a Health, Labor and Welfare Ministry panel of experts, such variants account for about 80 percent of infections in Osaka and Hyogo and a rapidly growing share of cases in Tokyo.

Suga has said a fresh emergency declaration would not affect the hosting of the Tokyo Olympics and Paralympics, reiterating that the government will continue efforts to ensure they are "safe and secure."

The Olympics organizing committee is considering delaying its decision on how many spectators to allow into venues due to the surge in coronavirus cases, according to an official with knowledge of the schedule.