Iran is seeking to build consensus around its proposed "endgame scheme" during nuclear talks in Vienna, warning other parties that only a limited time remains to narrow the gaps, a senior Iranian official said Thursday.

The new initiative proposed by Iran to break the deadlock in multilateral talks amounts to a comprehensive plan of action, aiming to advance simultaneously the U.S. lifting of sanctions on Iran as well as Tehran's full compliance with the 2015 nuclear deal through an envisioned sequence of steps. 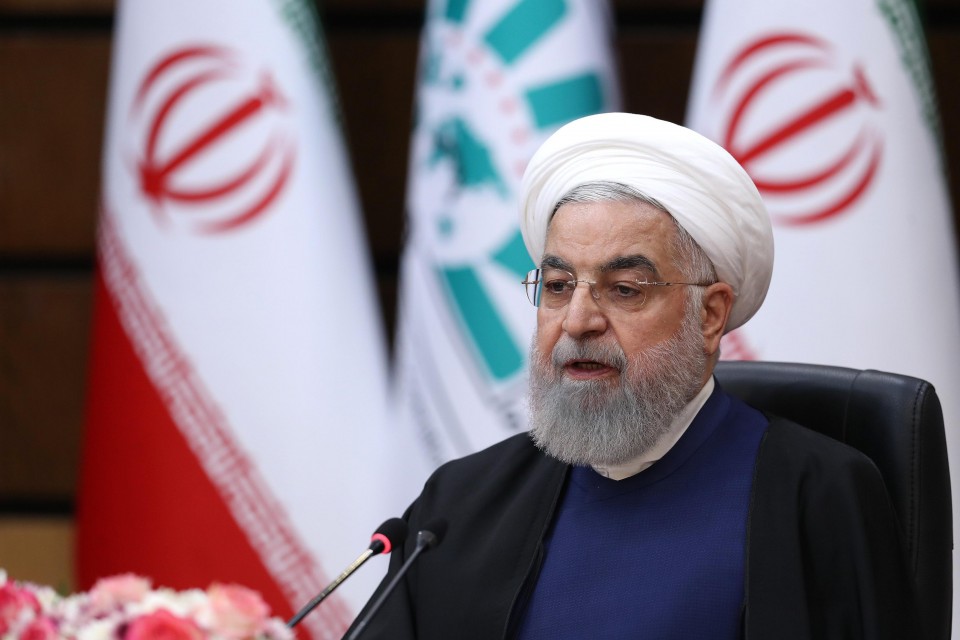 "Based on the endgame scheme which initially had been proposed by Iran in a senior official meeting in Frankfurt on March 29, and then was accepted by all parties in a virtual joint commission meeting on April 2, the United States needs to lift all sanctions imposed, re-imposed or re-labeled during the Trump Administration in one step," the official told Kyodo News on condition of anonymity.

"Although the United States has shown understanding about Iran's idea, the required sequence of measures for the lifting of sanctions is still under discussion," the official said.

After the second round of meetings of the joint commission scheduled for Friday, delegations of experts will return to Vienna to continue technical talks within a week.

Deputy foreign ministers from Iran and the five other countries in the nuclear deal -- Britain, China, France, Germany and Russia -- will also meet in-person on April 16 in the Austrian capital to share feedback and decisions from their respective governments, the official added.

Iran's proposed endgame goes beyond any other plan discussed previously, including step-by-step or road-map plans, but will require further talks to resolve "technical obstacles."

Despite the complexity of such negotiations, Tehran believes that if Washington shows enough political will, it may be possible to realize in the near future a U.S. announcement of the lifting of sanctions followed by a declaration from Iran that it will return to compliance with the nuclear pact.

The official suggested the U.S. move would have to come first, referring to the date of the potential U.S. declaration as "D-Day" with Iran's statement coming on "D-Day-plus" indicating a later date.

"The resistance in Washington against lifting non-nuclear sanctions is the main obstacle to movement in the talks," the official said.

"If the United States can't make a deal with Iran before the termination of the Iran-IAEA temporary agreement in less than two months, it's not guaranteed that any deal could be reached with Tehran ever," the official added.

In late February, visiting Tehran, the head of the International Atomic Energy Agency struck a temporary agreement with Iran to continue its "necessary" verification and monitoring activities for up to three months, accepting less access and no more snap inspections.

Iran has said that if the United States does not lift all of its sanctions, and if Iran reaps no economic benefits from the nuclear deal, then Tehran will "delete all recorded footage of nuclear facilities" after the termination of the temporary agreement.

"The small window of opportunity is closing, and if the United States misses it then all parties need to wait for another seven months for a new Iranian government to get ready for talks," the official said.

The presidential election in Iran will be held on June 18 and President Rouhani will hand over the office to a new president in early August after the inauguration and endorsement by the country's supreme leader.

During Tuesday's meeting, the participants discussed the actual likelihood of the United States lifting its unilateral sanctions on Tehran and returning to the nuclear deal in exchange for Tehran's compliance with the terms of the pact.

Two working groups of experts are working on possible ways of lifting sanctions and Iran's return to compliance based on the nuclear deal.

Under the pact originally struck with six major powers -- Britain, China, France, Germany, Russia and the United States -- Iran agreed to curb its nuclear activities in exchange for the lifting of sanctions.

But U.S. President Joe Biden's predecessor Donald Trump criticized the deal as flawed and pulled the United States out of it in May 2018.

Iran countered the U.S. move by increasing its nuclear activities, such as uranium enrichment, beyond the limits set in the deal and developing its nuclear facilities and enrichment capabilities.