The Tokyo Olympic torch relay is set to be taken off public roads in the main island of Okinawa Prefecture in southern Japan next month due to concerns over a recent surge in coronavirus infections, officials familiar with the planning said Thursday.

Instead of having runners carry the torch on roads on Okinawa's main island during the two-day leg in the prefecture that starts on May 1, the organizers are now considering staging an alternative relay at the days' final destinations without spectators, the officials said. 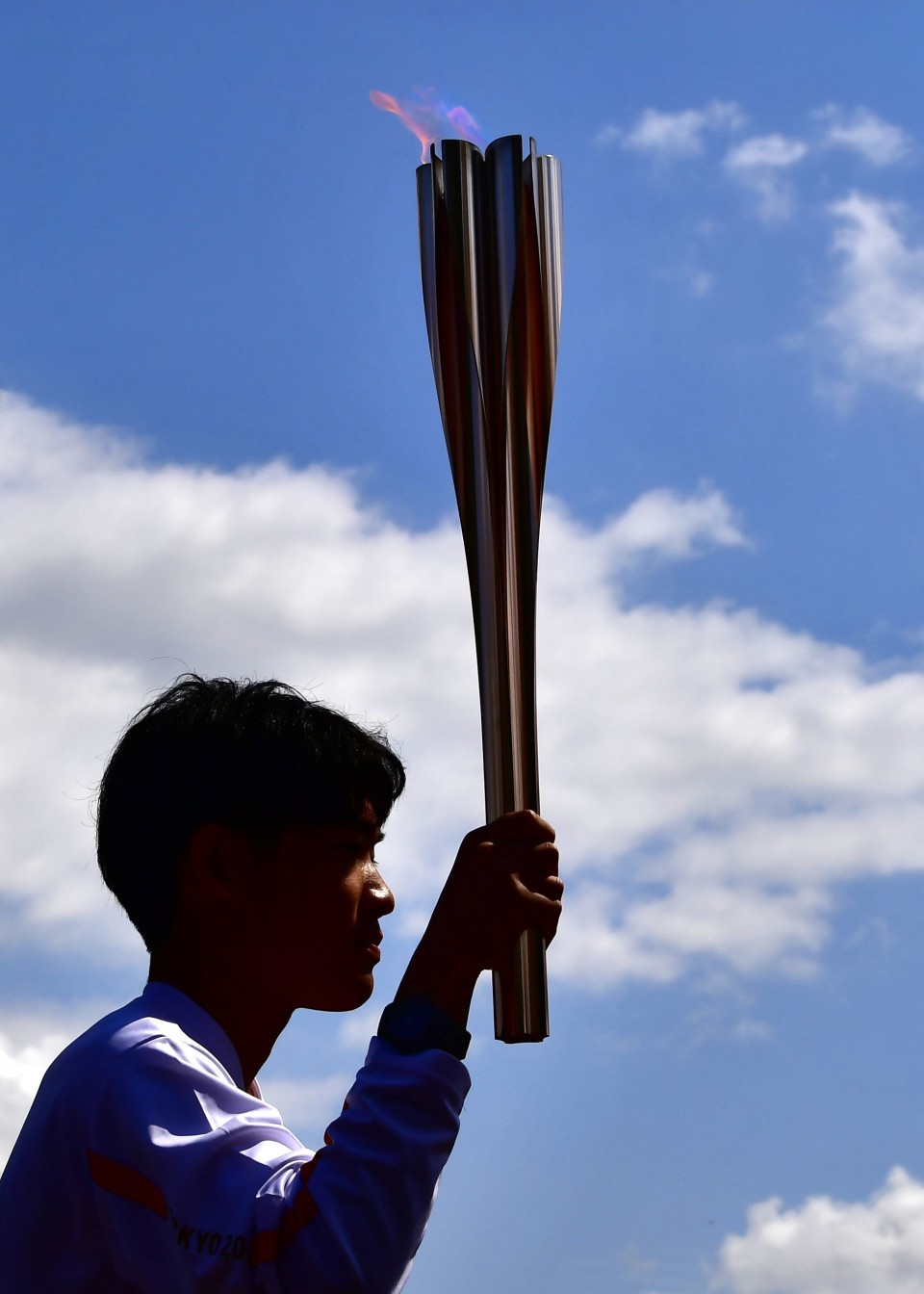 A Tokyo Olympic torch relay runner carries the Olympic flame in an empty Expo '70 Commemorative Park in Osaka Prefecture, on April 14, 2021. The relay in the western Japan prefecture was rerouted from public roads due to the coronavirus pandemic. (Kyodo)

Last week, the Japanese government designated Okinawa as requiring stronger measures to fight COVID-19 amid a resurgence in infections. Gov. Denny Tamaki has said he will consider scaling back the relay because the situation of infections has worsened.

The nationwide relay, which started late last month, has already been taken off public roads in Osaka Prefecture and in Matsuyama, Ehime Prefecture. The large turnout of roadside spectators has been a concern amid the pandemic.

The organizers of Okinawa's relay are also looking into whether torchbearers should run on public roads in three municipalities in other islands of the prefecture.

Japan has confirmed an increasing number of infections in recent days and has been grappling with what medical experts describe as a "fourth wave" of the pandemic. The Olympics are set to open in less than 100 days.

The 121-day relay is slated to crisscross all of Japan's 47 prefectures before the Olympic opening ceremony on July 23.