With the Tokyo Olympics scheduled to start on July 23, the people putting together new competitions to ignite the world's imagination, while also trying to ensure safety in the middle of a pandemic, may be this summer's real heroes.

The coronavirus, which forced an unprecedented one-year postponement, has made these Olympics like no other. But even before the pandemic, Tokyo's games were going to be different thanks to the International Olympic Committee allowing the host to add sports of its choosing.

It was no surprise Japan picked three sports -- baseball, softball and karate -- in which it could expect medals. But organizers also opened the door to skateboarding, surfing and sport climbing with the aim of drawing new audiences to the games when they open 100 days from Wednesday

Professional surfer Minami Takechi signed on to help organize her sport's Olympic debut as a technical official supervisor. She said surfing competitively had taught her to never give up, a lesson that has come in handy for the organizing committee. 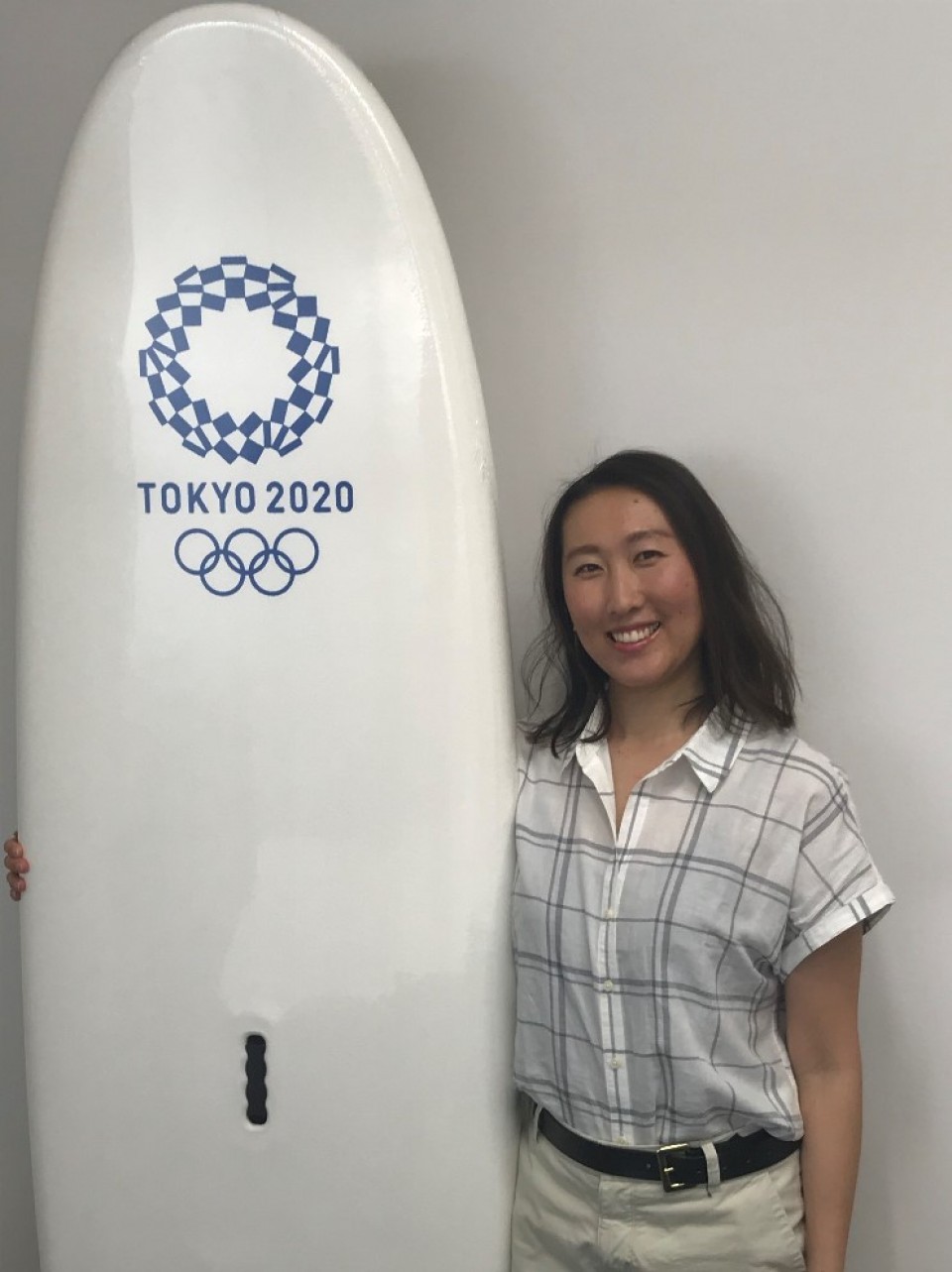 Minami Takechi is pictured in Tokyo in March 2021. (Kyodo)

"The best thing is to find a win-win situation that serves both athletes and budget. But in the end, the athletes are the ones putting in the hard work, doing the most difficult thing. We have to speak out for them," she said.

Gen Ogawa, a skateboarding technical operations manager, said his job was often about explaining how things work and why certain corners cannot be cut, even when told 'no' by those in charge of providing materials, such as the right concrete needed to create the course.

The Tokyo Olympic and Paralympic Organizing Committee comprises sports people, administrators, Tokyo government bureaucrats and staff on loan from private corporations. Those varied backgrounds add another level of difficulty to the necessary communication.

Japan marks 100 days to go until Olympics amid COVID uncertainty

"It's not a huge clash," said sport climbing technical operations manager Naoto Hakamada. "These people have a different way of thinking, so sometimes it's difficult to coordinate with them, because their way of thinking is totally different."

Negotiating those hurdles is necessary for the managers of the new events as they seek to expose more people to their sports via the Olympics.

"One of the trickiest things about working in the organizing committee and on the first BMX freestyle event is that it shows you need to compromise," said John Vandever Homan, a longtime pro rider who moved to Tokyo to work as the BMX freestyle's event discipline manager. 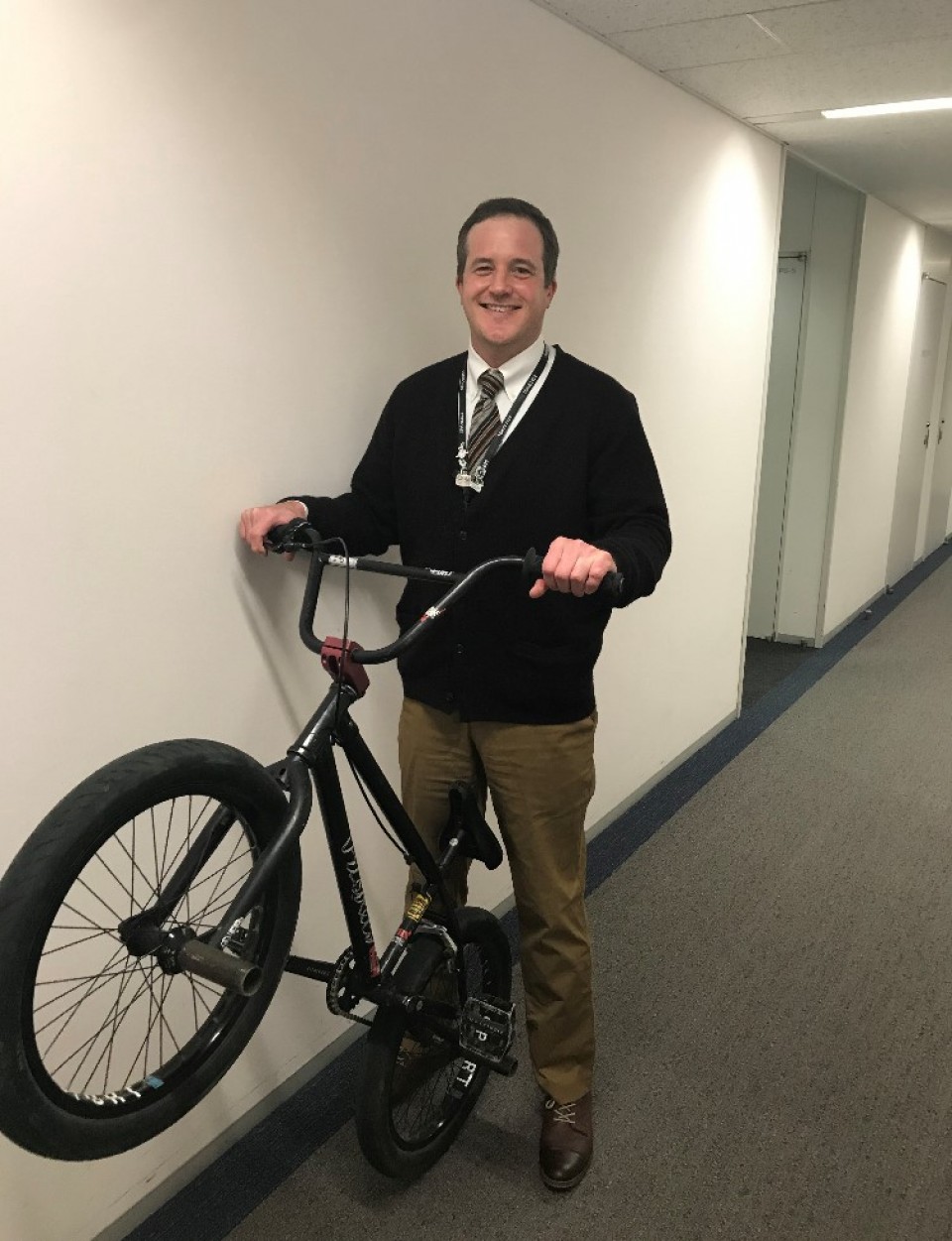 John Vandever Homan is pictured in Tokyo in March 2021. (Kyodo)

"You need to understand what the Olympics are about but you also can't let that sacrifice what BMX freestyle is about. And I think the Olympics have respected that. (They say) 'We want you for a reason. We don't want to change your sports. If we change you into what we are, how does that help us?'"

That is the paradox in which these new events exist. The new events are all outsiders, with their own culture of independence and inclusivity, but which are now working hand-in-hand with the sports world's most powerful gatekeeper, the Olympics.

It is an irony not lost on the managers, particularly in Japan, where traditional sports are sanctioned as official school club activities and often come with authoritarian baggage. The newcomers see the Olympics as a chance to show Japan's public that sports can be more welcoming and accepting of individual expression.

The organizers all hope having their sports in the Olympics can make Japanese society a tiny bit more welcoming to people whose passion for sport exists outside the mainstream.

Ogawa first began riding with a board his older brother discarded due to peer pressure: "His friends made fun of him, calling it a toy, so he told me, 'I don't want it. You can have it.'" He and Homan both said they found a home in their sporting communities, and hope others will feel inspired to do the same.

Takechi, on the other hand, hopes surfing can help revitalize existing communities, like her home prefecture of Tokushima on the island of Shikoku.

"I would like to see its popularity increase to where it is incorporated in school education, developing children's interests in the wonder of nature and environmental issues, and that their concern for their own local seashore and environment will create a love of their community," she said.

"(Even at) Tokushima University, my classmates would say, 'There's nothing (no jobs) here.' I was shocked to hear that. So if children take up surfing, they will love their hometowns, understand its attraction, and the attractions of Japan. So for me, the Olympics are a big chance to create a legacy."

Legacy is a critical issue among the event managers, who want the games to be remembered for competition and not the coronavirus. To that end, they are going all out in preparing to keep the athletes safe and help them achieve their Olympic dreams.

Ogawa, who said his federation's international events have so far been frozen by the pandemic, said, however, that reason must prevail.

"We're working for the sake of the athletes, and it is for their sake that we should avoid (going ahead) if the risk of infection is high," he said.