Noting that China continues attempting to make unilateral changes to the status quo in the East and South China seas, Suga said, "I have no intention to make concessions on issues regarding sovereignty and universal values, such as democracy, human rights and the rule of law." 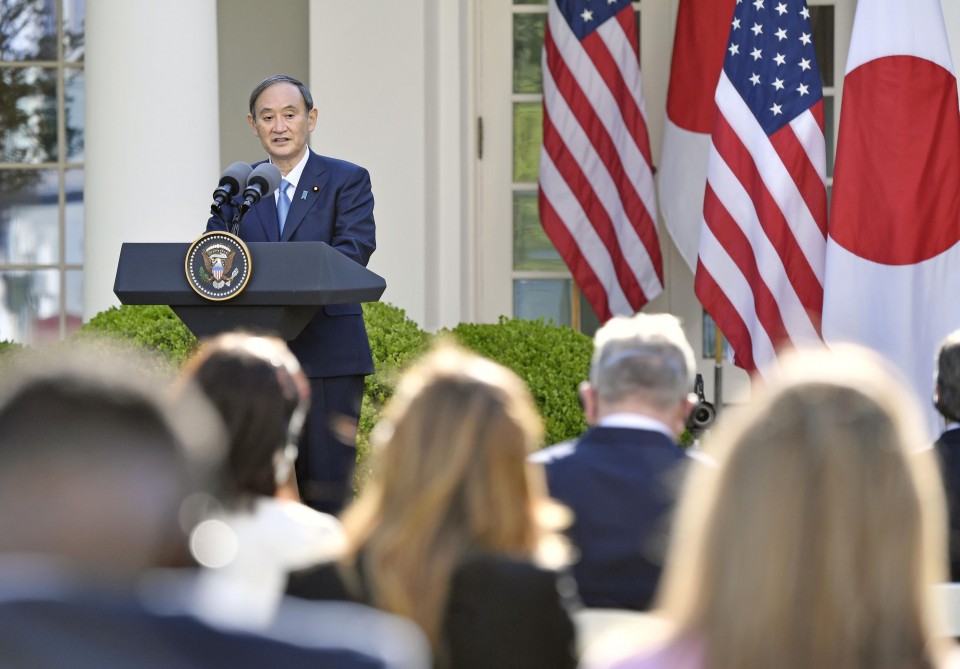 Suga's remarks at the Center for Strategic and International Studies came as the administration of U.S. President Joe Biden seeks to counter China's rise by rallying allies and partners under the banner of shared values such as defending democracy, upholding human rights and respecting the rule of law.

Concerns are growing over repeated intrusions by Chinese coast guard ships in waters around the Japanese-controlled Senkaku Islands in the East China Sea, which are claimed by Beijing, as well as over China's alleged human rights abuses against the Muslim Uyghur minority in the Xinjiang region.

Suga said Tokyo's stance on pending issues caused by Beijing is "to firmly assert what should be asserted" and "strongly urge China to take specific actions." But he also said Tokyo will seek a "stable and constructive relationship" with China, which is the world's second largest economy and Japan's largest trading partner.

To deal with the security challenges in the region, Japan will strive to enhance its own readiness to defend the country, while working with the United States, its close ally, to further strengthen deterrence, he said.

Suga is making a three-day visit to the United States from Thursday. He became the first foreign leader to meet Biden in person after the U.S. president took office in January.