U.S. President Joe Biden on Friday backed efforts by Japanese Prime Minister Yoshihide Suga to hold the Tokyo Olympics and Paralympics amid the pandemic, but their talks in Washington gave no clear indication about Biden's attendance at the rescheduled games.

Biden supported Suga's "efforts to hold a safe and secure Olympic and Paralympic Games this summer" in a joint statement released after their talks.

"I told the president about my determination to realize the Tokyo Olympic and Paralympic Games this summer as a symbol of global unity," Suga said during a joint press conference held at the White House after the summit. 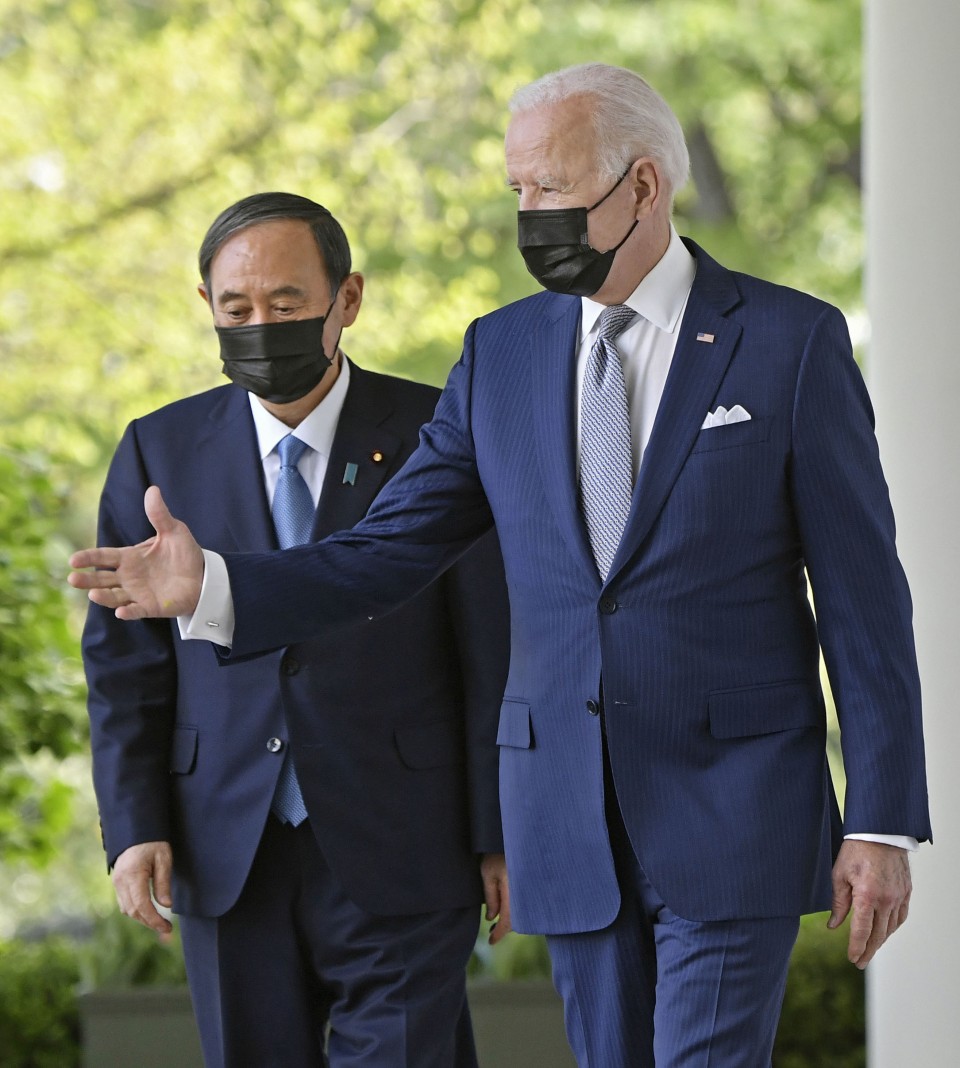 But when asked about whether the United States has promised to send athletes to the games, Suga only reiterated that Biden has supported his determination.

The White House also remained mum on whether Biden plans to attend the games.

"I don't have any plans to announce as it relates to travel or any international travel," White House Press Secretary Jen Psaki said at a regular press conference held prior to the talks between Biden and Suga.

U.S. Vice President Kamala Harris, meanwhile, expressed her support when Suga conveyed Japan's resolve to hold the Olympics this summer to demonstrate "world unity," according to the Japanese Foreign Ministry's press release on its meeting.

Psaki said the White House understands "the careful considerations" the Japanese government and the International Olympic Committee are weighing as they prepare for the global sporting event.

She emphasized the Japanese government has made public health the "central priority" as host of the games, and that it has assured it will keep in close contact with Washington as the plan develops. 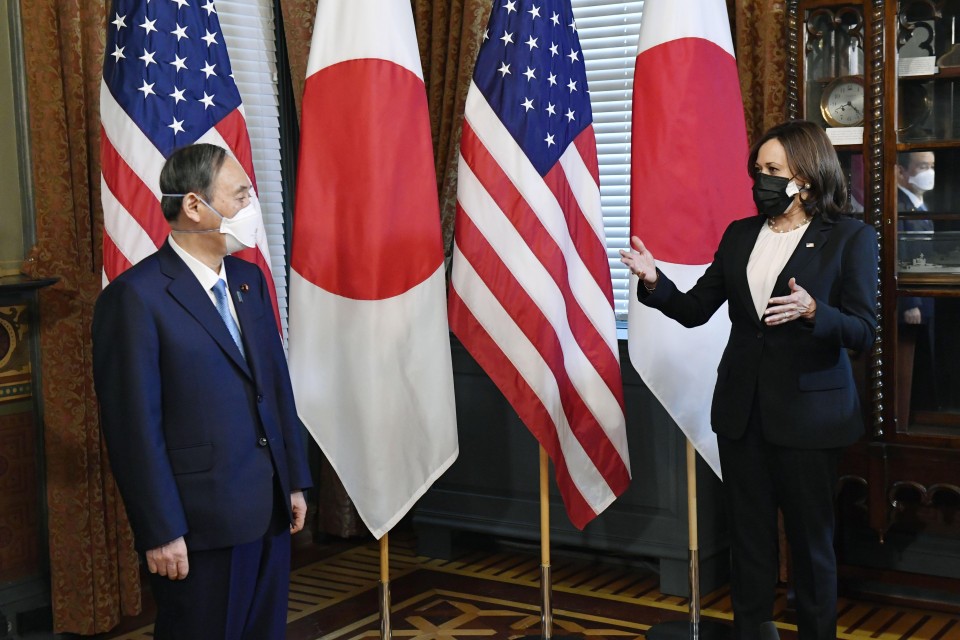 Suga said in March that he planned to invite Biden to the Olympics, due to open on July 23 following a one-year postponement from the original schedule due to the spread of the novel coronavirus.

With Japan recently seeing a sharp increase in coronavirus cases in the capital and elsewhere, a senior ruling party lawmaker created a stir with his remarks Thursday suggesting that canceling the Olympics could be an option if the surge in infections continues.

Toshihiro Nikai, the second-highest-ranking member of the ruling Liberal Democratic Party led by Suga, said, "If it's impossible, then it should be called off."

"What is the point of the Olympics if it's responsible for spreading infections? We will have to make a decision at that point," he said while recording a TV program.