The Japanese government is studying possible responses by the country's Self-Defense Forces in the event of a military conflict between the United States and China over Taiwan based on various scenarios within the strict confines of its national security laws, government sources said Saturday.

Japan, which has restrictions on its use of force under the war-renouncing Constitution, has been alarmed by China's increased regional assertiveness. Tokyo has taken a bolder stance with its U.S. ally when the two mentioned the importance of cross-strait peace in their leaders' joint statement last week. 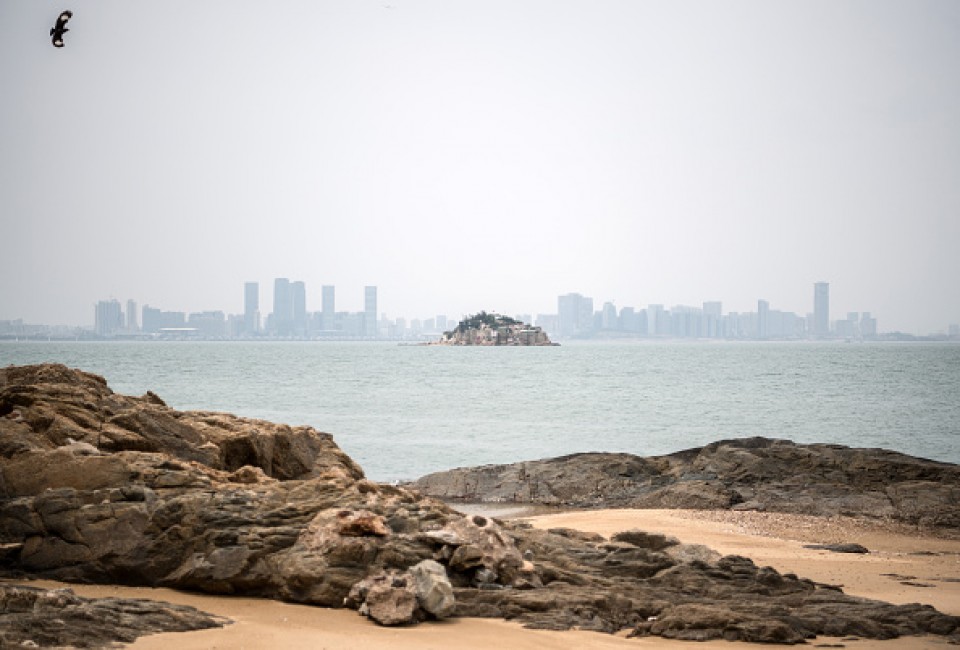 Tokyo's studies focuses on responses to cases when a security crisis emerges with the potential to affect its security if left unchecked, when a close partner is attacked and threatens Japan's own survival or when Japan is under a direct attack.

U.S. bases in Japan that are concentrated on Okinawa, the southernmost island prefecture, could be threatened in the event of a Chinese attack on the U.S. military, the sources said.

Under Japan's security laws, the SDF could provide transport and supply operations and related logistics support to the U.S. military and partners in the first scenario and Japan would be also allowed to practice collective self-defense under a second scenario.

If a conflict expanded to a direct attack on Japanese soil, such as on the Yonaguni or Senkaku islands in Okinawa -- the latter of which China claims and calls Diaoyu -- the SDF will be mobilized to defend Japan and engage in combat operations.

The government will now seek to clarify which scenarios envisioned by the security laws could be applicable in a possible Taiwan-related conflict, and clarify SDF activities.

In March, Phil Davidson, outgoing commander of the U.S. Indo-Pacific Command, testified at the Senate Armed Services Committee that he believed China could attempt to seize Taiwan within the next six years.

The statement by Prime Minister Yoshihide Suga and U.S. President Joe Biden, which mentioned China heavily, was fiercely criticized by Beijing. It was the first time since 1969 that a joint statement by the allies' leaders had mentioned the democratic island.

Nonetheless, Suga insisted on adding wording on a peaceful resolution to cross-strait issues in the statement, according to the sources.

China considers democratic Taiwan as a non-negotiable "core interest" and an internal matter, and as a renegade province to be reunified by force if necessary. The two split in 1949 after a civil war.

Also in March, U.S. Defense Secretary Lloyd Austin and Japanese Defense Minister Nobuo Kishi agreed to closely cooperate in the event of a military clash between China and Taiwan.

Previous successive governments interpreted the Constitution to mean that Japan possesses the right to collective self-defense but cannot exercise it, as Article 9 of the pacifist Constitution prohibits the use of military force to settle international disputes.

However, it was reinterpreted to allow collective defense, with 2016 national security laws envisioning various scenarios where it can exercise collective self-defense in a limited fashion in the event of a conflict.

Amidst regional tensions, including with North Korea, Japan has been seeking to bolster its defense posture, including a discussion last year on whether to possess missile strike capabilities at enemy bases.

The discussion coincided with the government working on an alternative to a costly U.S.-developed missile defense system.

While Suga has postponed the decision, the government has already decided to develop long-range cruise missiles, which critics say raises the possibility of being used to attack enemy bases beyond Japanese territory.