In a quiet residential neighborhood of southern Osaka, the transition of a private house licensed to take in lodgers into a so-called "corpse hotel" has left locals up in arms.

"The corpse was carried in wrapped in a cloth," a local man in his 70s recently explained as he recounted his astonishment at seeing a body arrive last December at the house with its dingy and blackened walls in the Sumiyoshi Ward district of the city.

"I could see it being laid out in the garden. It's disturbing because there had been no explanation whatsoever," he said. 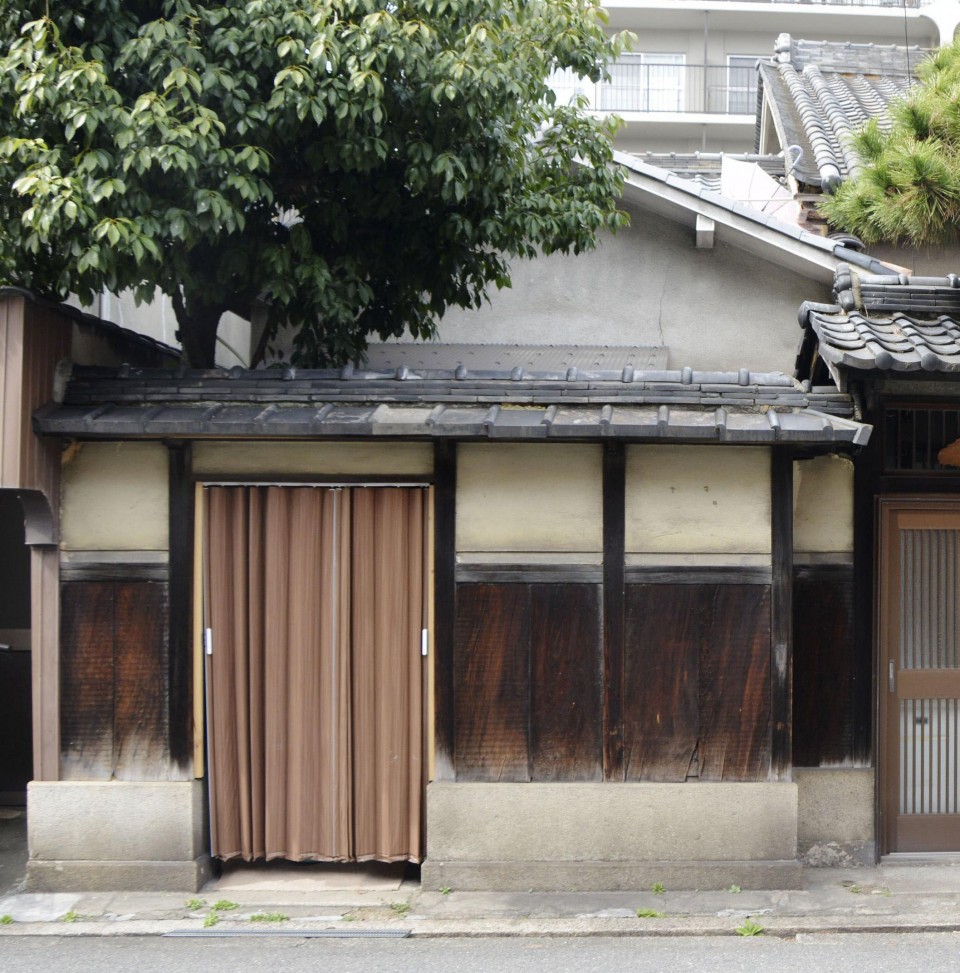 File photo taken in March 2021 shows a private residence in Osaka licensed to take in lodgers, which has been used as a temporary storage for dead bodies. (Kyodo)

The "corpse hotel" business has emerged in Japan as a consequence of the aging of its population but also reflects the weakening of family and community ties.

Most bodies are destined for "direct burials" without any ceremony, a phenomenon that has been on the rise in recent years, partly because of the much lower cost.

But such bodies cannot be cremated until 24 hours have passed, according to the law governing graveyards and burials.

Some funeral homes provide a morgue when bodies cannot be stored at families' homes, but in urban areas, a bottleneck has arisen as the number of deaths has shot up in Japan's graying society.

Ironically, there are no corresponding legal restrictions on facilities contracted by funeral operators to store the overflow of bodies, such as operating qualifications or quality controls.

Experts are now calling for legislative action as local governments struggle to respond to the uproar among residents.

According to Osaka local government officials, the male private lodging owner told the city he was "taking in two or three bodies per month."

He was already involved in the funeral business in selling dry ice and coffins when contacted by a funeral operator to store bodies.

In an interview with Kyodo News, the man said he had seen no hope of getting lodgers to stay at his guesthouse due to a drop in customers as a result of the coronavirus pandemic.

"I got some money from the (funeral hall) for the trouble, and it isn't against the law," he insisted. But he added that he plans not to take in any more corpses in light of the local opposition.

LAC, a company based in Fukuoka, southwestern Japan, which provides services for various ceremonial occasions, including funerals, operates a mortuary where corpses are stored before they are cremated on the premises.

"We undertake more than 400 cases in one year, and demand will continue to increase due to the aging of the population," said the person in charge, adding, "I hear that some businesses do not inform neighboring residents and keep bodies in warehouses to keep costs down. I think there are also a certain number of cases like the one in Osaka in other areas."

Itaru Takeda, head of Kasouken, an association of research initiatives for cremation, funeral, and cemetery studies in Tokyo, says that trouble could be avoided with local residents by establishing legal parameters to operate mortuaries.

"The storage facilities and so-called corpse hotels that were set up without getting the understanding of the local community have always been trouble. Certain regulations by the country are required, such as establishing qualifications for doing business," Takeda said.