Japan's exports in March grew 16.1 percent from a year earlier, the largest gain in over three years, as the pace of recovery from the initial impact of the coronavirus pandemic picked up on brisk material shipments to China, government data showed Monday.

Exports stood at 7.38 trillion yen ($68 billion), with its year-on-year expansion marking the biggest increase since a 16.2 percent jump in November 2017, the Finance Ministry said in a preliminary report. They declined 4.5 percent in February.

Rising from 6.36 trillion yen a year ago when the virus outbreak began to dampen global demand for cars and other Japan-made products, the latest monthly exports figure surpassed a pre-pandemic level of 7.20 trillion yen seen in March 2019 in terms of value. 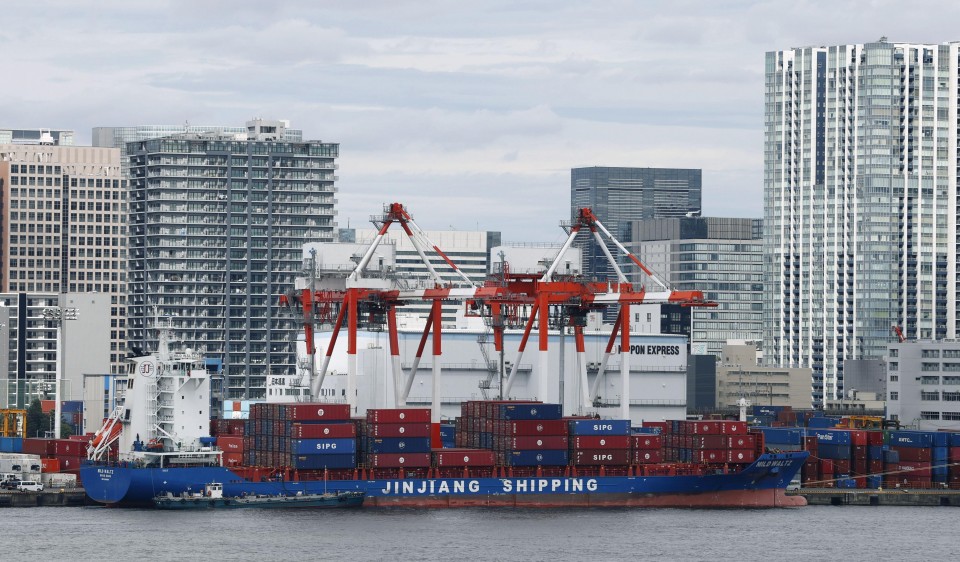 "It's natural that the March exports rose remarkably from a year earlier because there was a huge impact from the pandemic, but when compared with two years ago, we can still see how robust they are to a certain degree," a ministry official told reporters.

By country, exports to China were up 37.2 percent to 1.63 trillion yen to hit the highest level since comparable data became available in January 1979, underpinned by strong demand for plastics and raw materials such as copper.

Exports to other Asian nations, including China, the United States and the European Union increased 22.4 percent, 4.9 percent and 12.8 percent, respectively. All were the sharpest rises in more than a year and a half.

Imports rose 5.7 percent to 6.71 trillion yen, up for the second straight month, which led to a goods trade surplus of 663.72 billion yen, the second consecutive month of black ink.

Looking forward, an extended global shortage of semiconductors, which are indispensable parts for car production, is clouding the outlook for Japanese exporters.

"The negative effect of the chip shortage may begin appearing in a few months, and could be a long-term risk factor for Japan's car exports," Kishikawa said.

Meanwhile, he said exports of chipmaking equipment, which saw an 18.1 percent rise from a year earlier, are expected to remain robust amid increasing global demand for semiconductors.

As for fiscal 2020 through March, Japan's exports sank 8.4 percent from the previous year to 69.49 trillion yen due to repercussions from the pandemic, especially in the first six months.

They posted the sharpest decline since a 17.1 percent drop logged in fiscal 2009 in the wake of the global financial crisis.

Imports in the previous business year sank 11.6 percent to 68.18 trillion yen, also the steepest fall in 11 years, mainly because of declining crude oil and other energy prices.

Both exports and imports shrank for the second successive year, which left Japan with a goods trade surplus of 1.31 trillion yen, the first black ink in three years.