The Japanese and Indian governments have decided to postpone their foreign and defense ministerial talks scheduled this weekend in Tokyo as a rapid increase in coronavirus cases in India has made it difficult for the ministers to visit Japan, a Japanese government source said Tuesday.

Prime Minister Yoshihide Suga is planning to visit India during Japan's Golden Week holidays starting later this month. Tokyo will judge whether to go ahead with the plan, considering the infection situation in India, the source said. 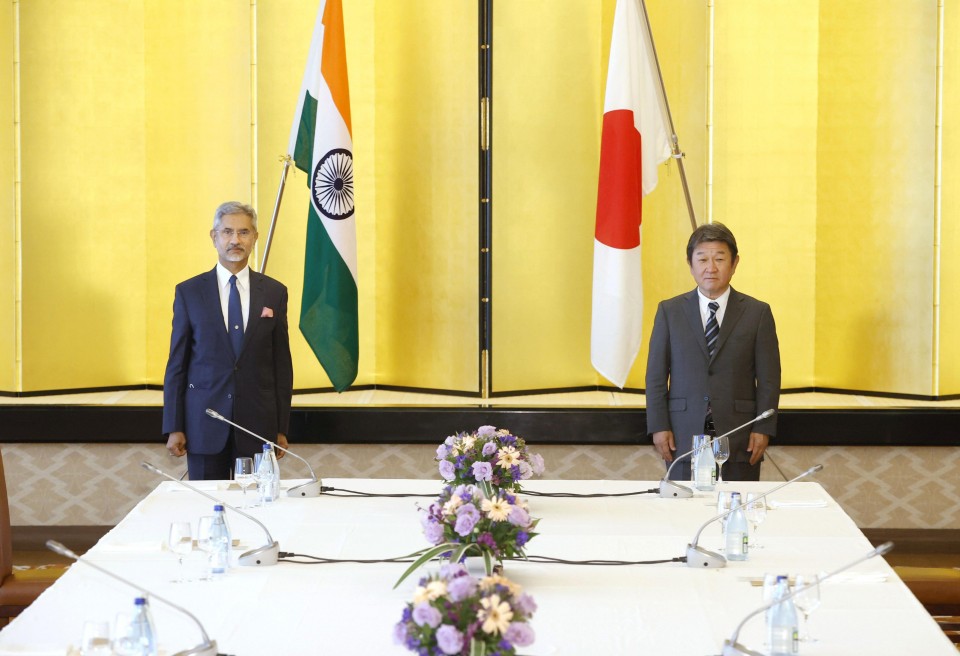 The two governments are now studying whether to stick to the plan for a physical meeting of the ministers, called two-plus-two security dialogue, or hold it in an online format, the source said.

It will be the second such dialogue by Japan and India since November 2019.

Japan and India are part of the security framework known as the Quad with the United States and Australia as the four countries seek to form a united front against China's growing military and economic influence and realize a shared vision of a "free and open Indo-Pacific."