Although Japan recently launched formal discussions on how to secure a stable imperial succession, experts see it as unlikely that a government panel will reach a conclusion to allow a reigning empress despite widespread public support for the idea. 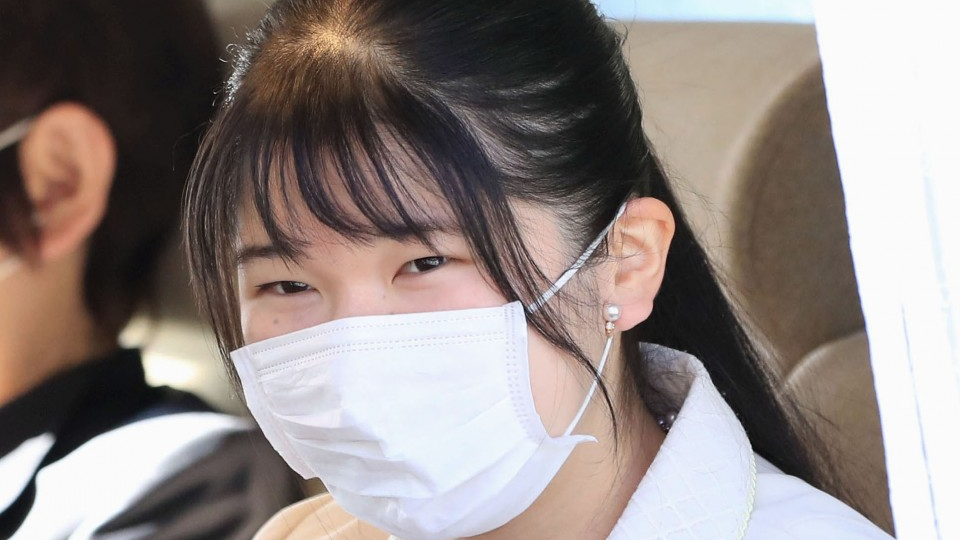 Japanese Princess Aiko, the only child of Emperor Naruhito and Empress Masako, arrives at the Imperial Palace in Tokyo to attend a scaled-down New Year's ceremony on Jan. 1, 2021, wearing a mask amid the coronavirus pandemic. (Kyodo)

The three academics, who have been involved in past government debate on the future of the imperial family, pointed out that a wide gap will not be narrowed soon between those in favor of women ascending the throne or emperors descending from the maternal line and those against the idea.

Japan's 61-year-old Emperor Naruhito only has three heirs -- his brother Crown Prince Fumihito, 55, his nephew Prince Hisahito, 14, and his uncle Prince Hitachi, 85. The emperor and Empress Masako have one daughter, 19-year-old Princess Aiko.

Currently, female members of the imperial family are required to abandon their royal status upon marrying commoners. Prince Hisahito is the only unmarried male in the household. 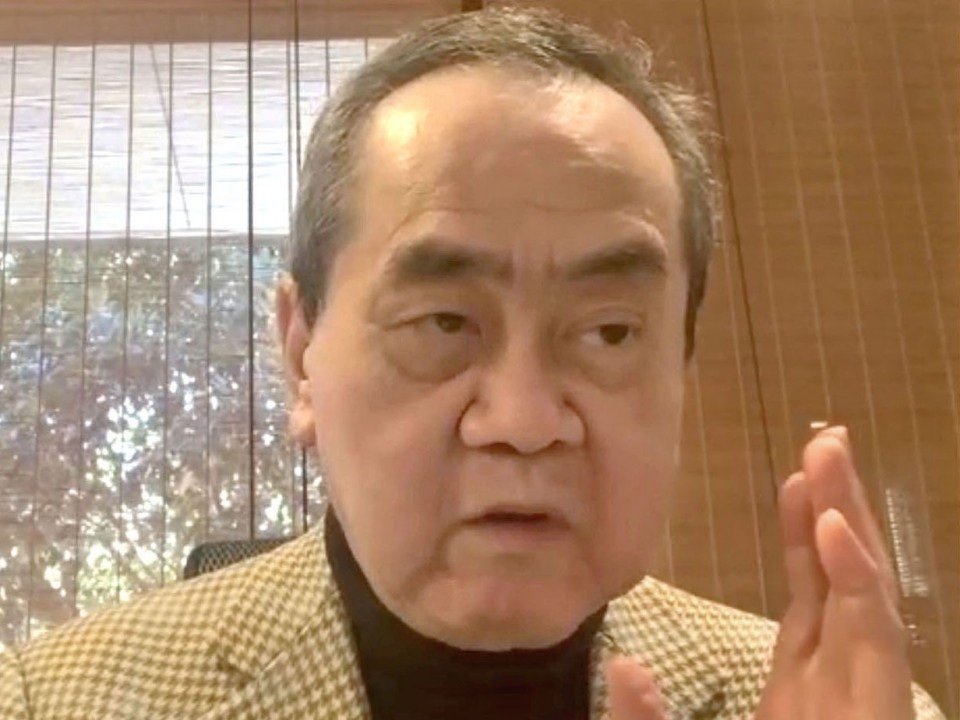 Screenshot shows Takashi Mikuriya, professor emeritus of political science at the University of Tokyo, during an online interview. (Kyodo)

Takashi Mikuriya, 69, professor emeritus of political science at the University of Tokyo, said although many people in Japan believe allowing reigning empresses or emperors from the maternal line will be necessary to secure stable succession, conservatives against such a stance claim the issue "should not be resolved by majority vote."

"I doubt whether Prime Minister Suga has a strong political base to override" resistance from the conservatives, he said.

Referring to a House of Representatives election that must be held by October, when the current members' term expires, Mikuriya said, "I recommend we wait for half a year until a government with a strong political foundation will launch a full-fledged study" on ways to ensure stable imperial succession. 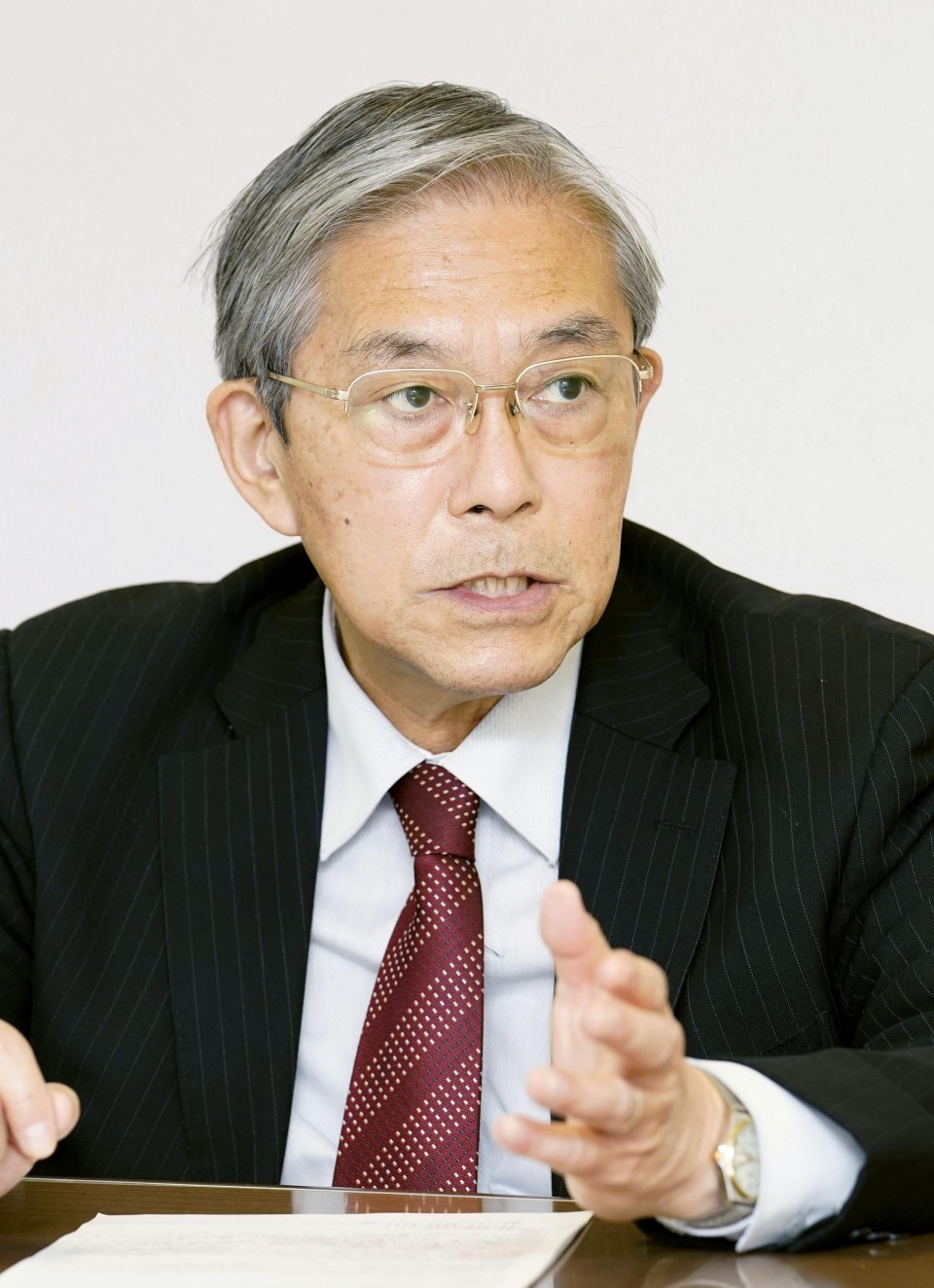 "The Abe administration has great responsibility for not tackling the issue during a long period of political stability," he said. Kasahara also expressed doubt Suga will lead the current discussion on the succession issue, since he has drawn fire for his late response to the novel coronavirus pandemic.

As it remains difficult to bridge the gap between those seeking changes to the current succession rule and the conservatives, Kasahara said practically speaking, options that can be realized include allowing women who have an emperor on their fathers' side as successors and adoption into the imperial family.

The current Imperial House Law bans adoption into the royal family. Although it has not gained much public support, some experts call for adopting into the imperial family some male patrilineal descendants of former branches of the imperial family who abandoned their status in 1947.

Akira Momochi, 74, specially appointed professor of politics at Kokushikan University, is among those experts.

As the unbroken patrilineal succession in the world's oldest monarchy has been realized thanks to "grueling efforts of ancestors," the current rule should be maintained and the number of successor candidates should be increased by giving imperial status to male descendants of former branch members, Momochi said.

He said the former branches of the imperial family historically existed to ensure male heirs in the event of a succession crisis, while those families continue to have a close relationship with the current royal family members. 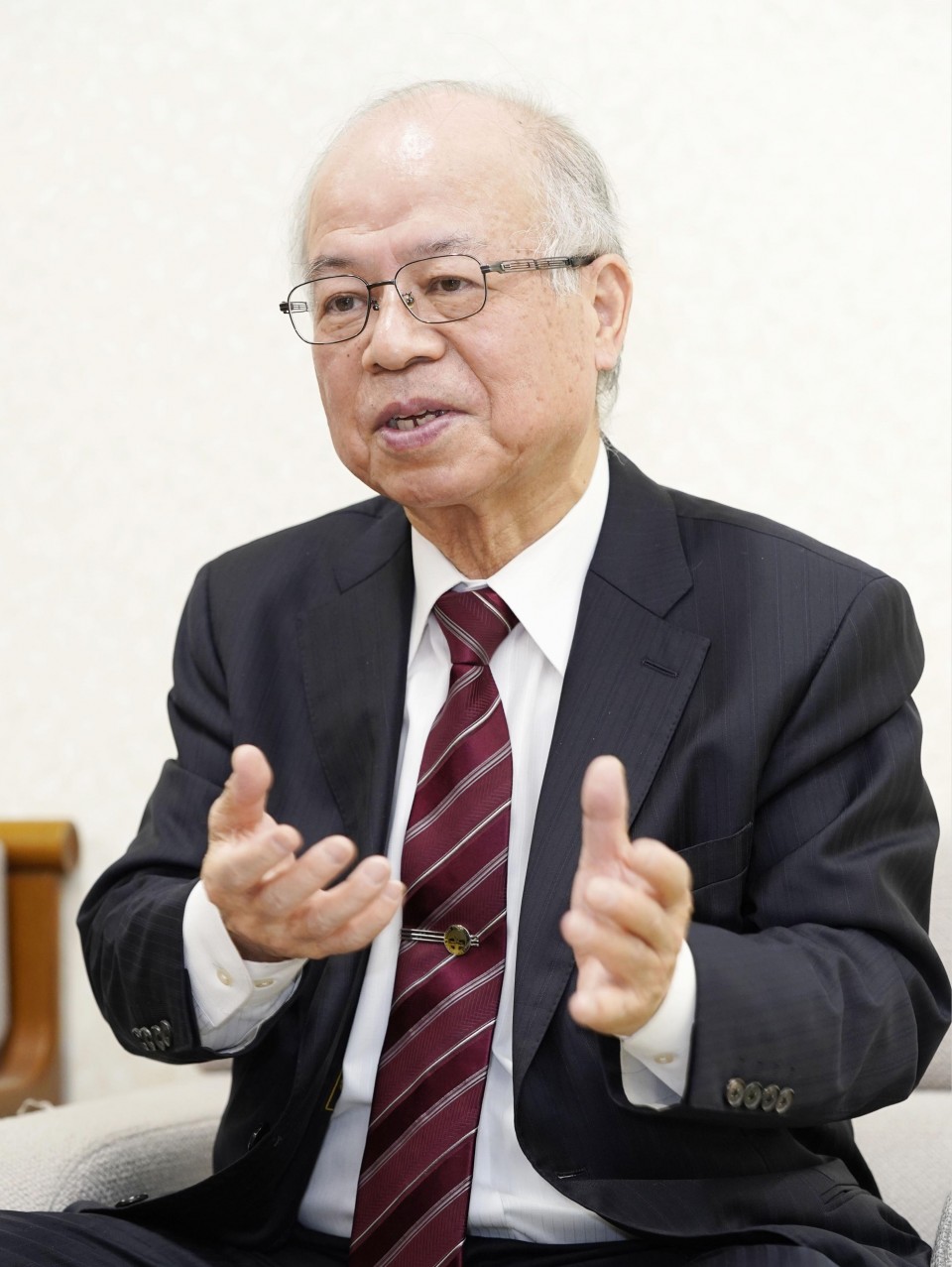 Akira Momochi, specially appointed professor of politics at Kokushikan University, speaks during an interview in Tokyo in March 2021. (Kyodo)

As for an idea of enabling female members of the imperial family to establish their own branches even after marriage to commoners so they can continue to engage in official duties, Kasahara said now is not the right time to discuss the matter.

With a planned marriage between Crown Prince Fumihito's eldest daughter Princess Mako, 29, and her university boyfriend Kei Komuro, 29, failing to get significant public support due to a money scandal involving Komuro's mother, Kasahara said a "negative conclusion" could be drawn on the matter.

Mikuriya also said the controversial marriage plan has "cast a shadow" on debate on the establishment of female branches. "People have been discussing the male partners' position and their treatment within the imperial family. It will become a bottleneck" in the current government panel discussions, he added.

Kasahara said the current imperial succession rule that bars women from ascending the throne "has nothing to do with gender discrimination" and that eligibility for successors should be expanded to include female descendants from the male line.

However, Mikuriya acknowledged it is "high time" to abandon the argument that the long-held tradition of the imperial family is above the current global trend of promoting gender equality.

"The imperial family will cease to exist if it is ignored by the public. Therefore, it has no choice but to go along with the global tide (on gender equality) if it is to continue to gain public support," he said.

FOCUS: Female monarchs to be debated as Japan looks to secure imperial line