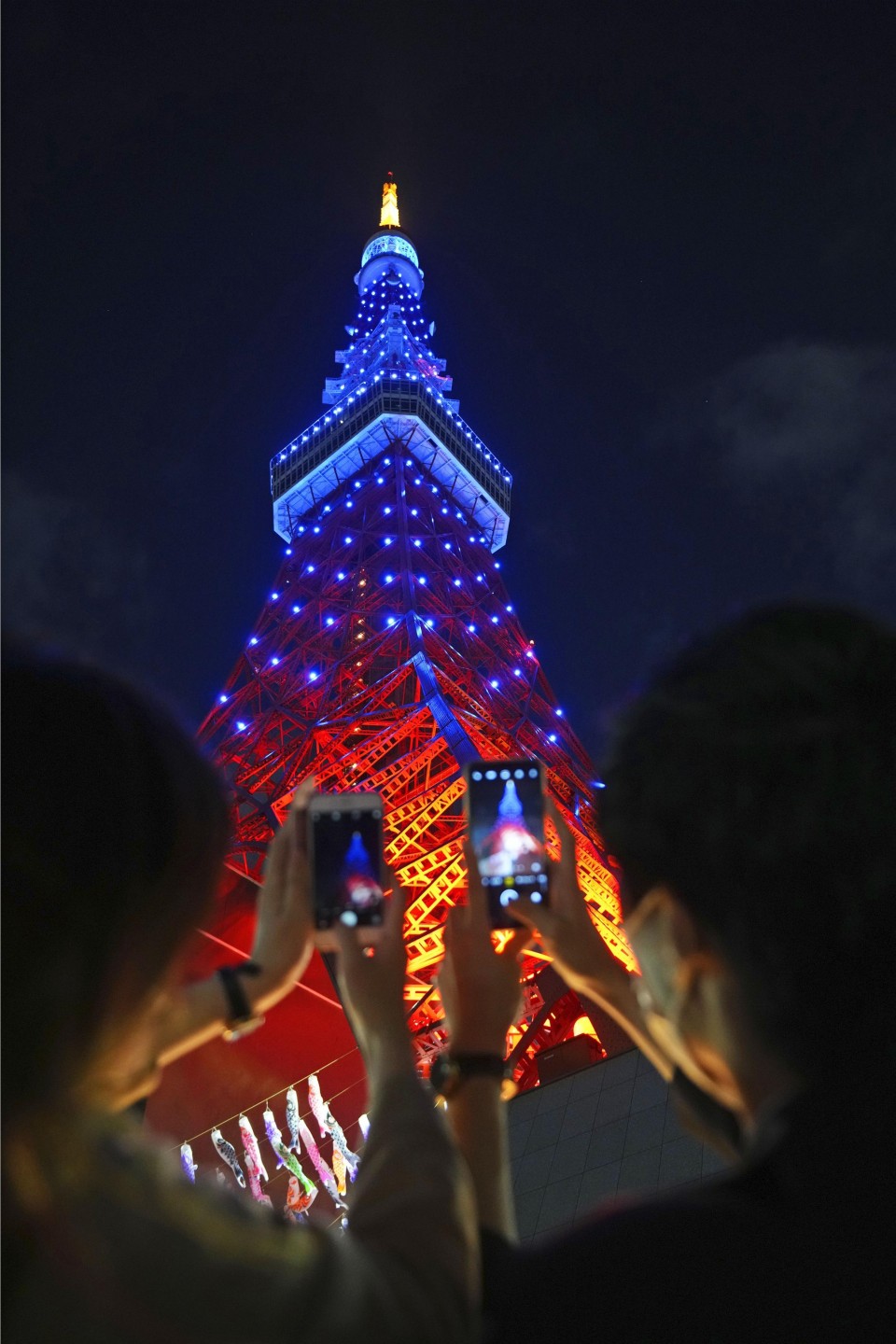 Tokyo Tower is lit up in blue for World Autism Awareness Day on April 2, 2021 in the Japanese capital. (Kyodo) ==Kyodo

Tokyo Tower and other landmark buildings across Japan were illuminated blue on Friday to mark a U.N.-designated day aimed at deepening the understanding of autism.

World Autism Awareness Day is observed on April 2 every year to promote awareness of support for autistic people having difficulty in social communication.

In western Japan, the main tower of Osaka Castle was also lit up blue to symbolize hope for deeper understanding of such people.

"Although people's understanding has deepened little by little, it's not enough. We want to pursue a society where (people with autism) can live without problems," Hironobu Ichikawa, who spearheaded the nationwide light-up campaign, said at a ceremony to celebrate the start of the illumination.

Julia, a muppet with autism in U.S. children's television series Sesame Street, took part in the ceremony at the foot of Tokyo Tower.