Foreign Minister Toshimitsu Motegi urged China on Monday to address human rights issues concerning the Muslim Uyghur minority in Xinjiang, western China, as well as to halt its intrusions into Japanese waters around the Senkaku Islands in the East China Sea. 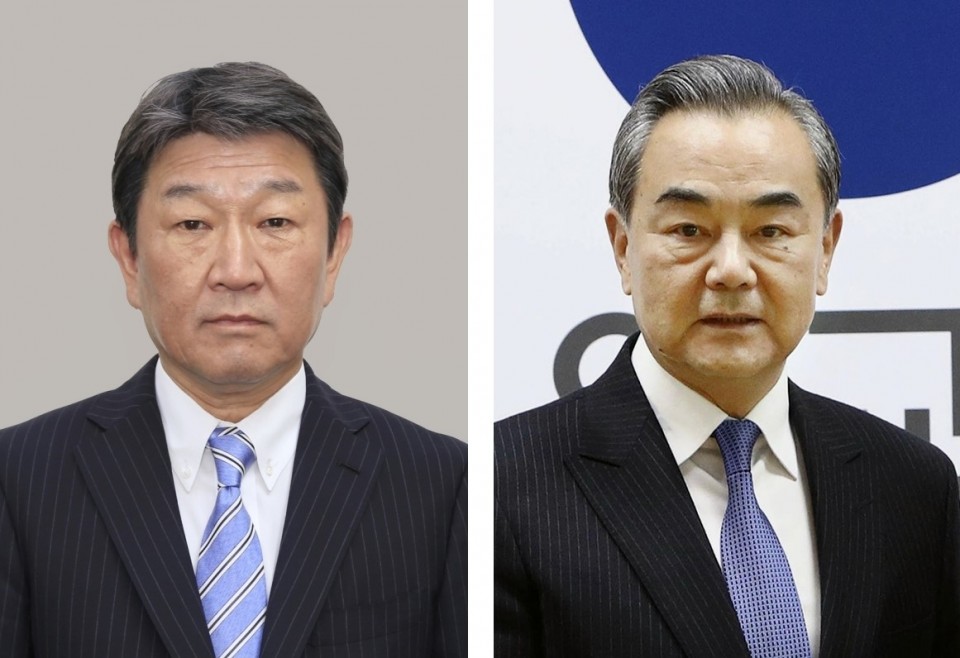 Motegi expressed "strong concerns" about Beijing's enforcement of a new maritime security law that allows China's coast guard to fire on foreign vessels in waters it sees as its territory, as well as China's attempt to strengthen its grip in Hong Kong, a former British colony, the Japanese Foreign Ministry said.

Wang said he opposes Japan's interference in China's internal affairs such as Xinjiang and Hong Kong, according to the Chinese Foreign Ministry.

It is the first time the two ministers have held talks since Wang visited Japan in November. The 90-minute conversation came at the request of China, the Japanese ministry said.

During the talks, Motegi and Wang affirmed international coordination in dealing with the coup in Myanmar and the military's bloody crackdowns on protesters in the Southeast Asian country.

They also agreed it is important that members of the international community fully enforce U.N. sanctions on North Korea so as to promote denuclearization of the country.

Wang expressed support for Tokyo's efforts to resolve Pyongyang's abductions of Japanese nationals in the 1970s and 1980s.

While agreeing to deepen consultations on global issues such as the novel coronavirus and climate change, the two ministers affirmed coordination in ensuring a fair and equitable business environment between Asia's two biggest economies, according to the ministry.

They may have discussed Prime Minister Yoshihide Suga's upcoming visit to Washington for talks with U.S. President Joe Biden slated for April 16.

In a meeting of foreign and defense ministers of Japan and the United States in Tokyo last month, the two allies condemned China over its repetitive incursions into waters around the Senkakus, a group of uninhabited islets controlled by Tokyo but claimed by Beijing, which calls them Diaoyu.

Meanwhile, top foreign policy officials from the United States and China traded barbs over human rights, regional security and other issues in their meeting in Alaska last month.

China could step up armament, provocations near Senkakus: Japan

China's Taiwan invasion may be "closer" than expected: U.S. admiral