The Tokyo Olympic torch relay will not run on public roads in the western Japan city of Matsuyama next week due to concern over the strain on the medical system as COVID-19 cases creep up again in many parts of the country, organizers said Wednesday.

Following a request from the planning committee of the two-day leg in Ehime Prefecture, the Tokyo Games organizing body made the decision and said that a lighting ceremony will be held at a park in the city on April 21 instead, but with no spectators.

It is the second area in Japan where the relay on public roads has been canceled after Osaka, a prefecture hit hardest by the resurgence in recent days.

A total of 27 torchbearers were initially scheduled to run on Matsuyama's roads.

The decision was made as Japan marked 100 days until the Tokyo Olympics, reflecting how difficult it is to organize a major event amid the coronavirus pandemic.

"There has been no significant falling trend," Ehime Gov. Tokihiro Nakamura said at a press conference.

The two-day leg in Osaka Prefecture through Wednesday was also rerouted off roads, with torchbearers running in an empty park instead.

The nationwide torch relay, which started in late March, is slated to crisscross all of Japan's 47 prefectures before the Olympic opening ceremony on July 23. 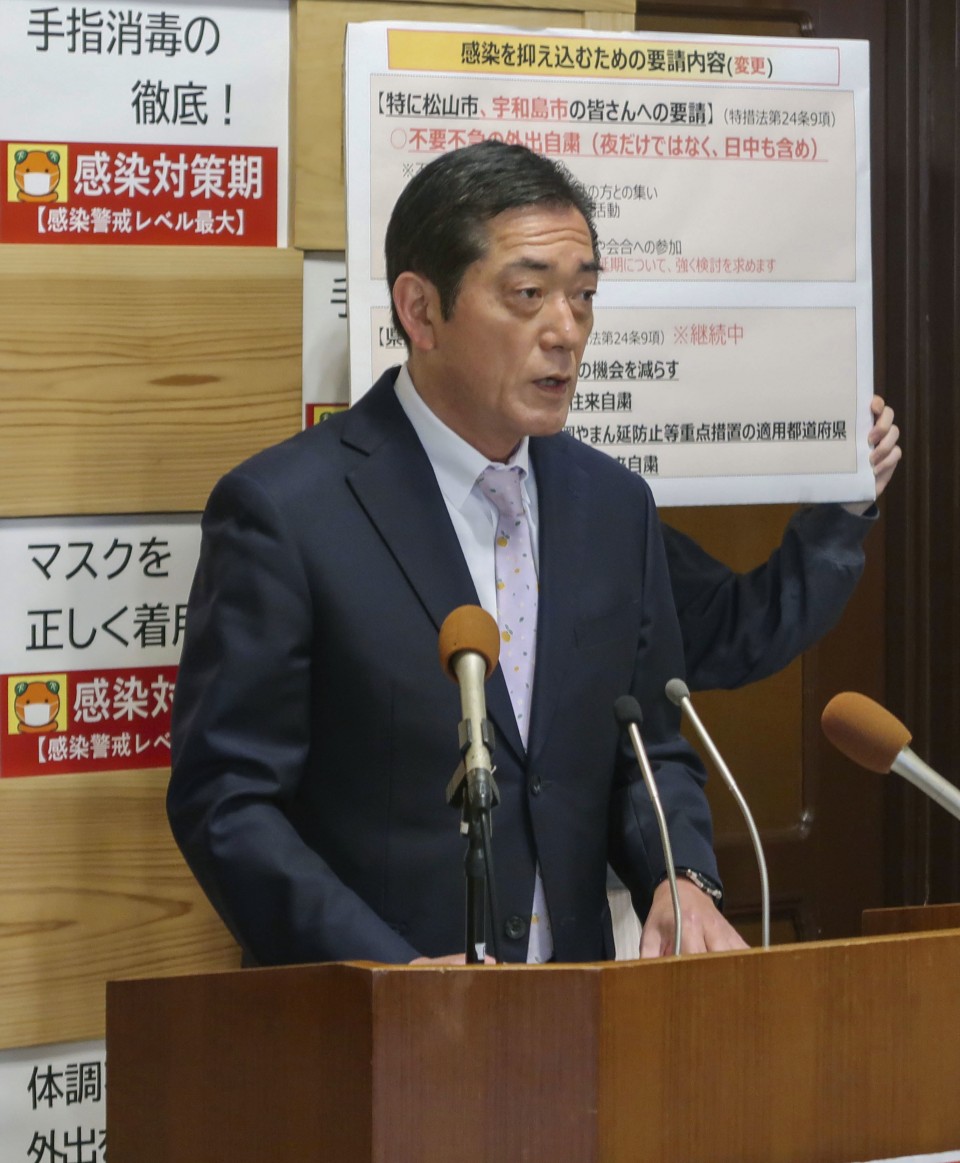 Ehime Gov. Tokihiro Nakamura speaks at a press conference at his prefectural office on April 14, 2021. (Kyodo)