As the coronavirus pandemic puts strain on the economy, Japan is finally moving toward tackling the phenomenon of "period poverty" facing many women. But campaigners say there are a number of hurdles still to overcome in a country that has often treated menstruation as a taboo subject.

The central government last month decided to set aside funds to support women who cannot afford to purchase sanitary items such as pads or tampons, while some municipalities have launched programs to distribute the goods for free. 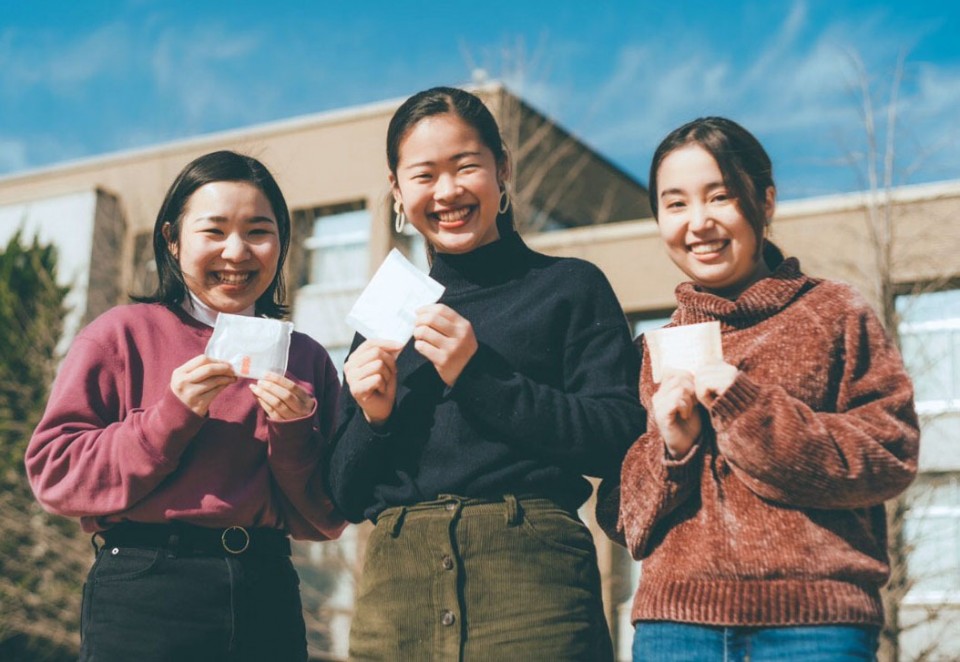 The moves come amid growing calls for gender equality in Japan, a country that languishes in last place among developed nations in female empowerment with a big gender gap in earnings.

With menstruation generally occurring monthly in women from their teens into their 50s, most women, in principle, need to keep purchasing sanitary goods and often painkillers, too, among other items, for dozens of years.

However, cuts in jobs and wages due to the economic downturn spurred by the pandemic have shed light on the difficulties many women face affording such products -- an issue that had previously gone under the radar.

Despite menstruation being a natural bodily function, discussion of related issues has been hampered in a country whose two major religious traditions -- Shinto and Buddhism -- have long shunned blood for its "uncleanliness."

"Issues surrounding menstruation have been widely overlooked in Japanese society as women have kept quiet about their periods," said Hikaru Tanaka, a sociologist who studies the history of menstruation.

But Tanaka said that while the pandemic has "certainly highlighted" the issue of period poverty, it is important that "the end of the pandemic should not be the end of efforts to eliminate the issue."

This year, Japan ranked 120th among 156 countries in the global gender gap rankings, remaining in last place among other major advanced economies, a Swiss-based think tank said in a report released last month.

According to the World Economic Forum report, the average Japanese woman's income was 43.7 percent lower than that of a Japanese man's.

#Minna no Seiri, an advocacy group calling for equal access to period products, said about 20 percent of its survey respondents struggled to purchase such products due to financial reasons.

In the survey of a total of 671 women in high schools, vocational schools, and universities conducted online between February and March, 27.1 percent reported using something in place of sanitary items as they could not afford pads or tampons.

In response to the growing calls from campaigners, some lawmakers have begun to voice concerns about period poverty, with national and local politicians participating in an online cross-party meeting to discuss the issue on March 21.

At a local level, some municipalities, including Tokyo's Toshima Ward and the western Japan city of Akashi, started distributing such hygiene goods for free in public places, including schools.

"We need to especially focus on children more as they might get bullied at school for being unable to use sanitary products or feel ashamed to address their problems," Tanaka said.

"A school could be the only place for children to obtain information and sanitary products as they do not have many ways of transportation and money," she added.

Measures to alleviate the financial strain on women linked to menstruation are already in place in other parts of the world.

In the United Kingdom, Scotland's devolved parliament in November last year approved a bill to make period products available to all Scottish women for free.

In Japan, the movement to tackle period poverty was kick-started by the increase in the consumption tax rate in October 2019 from 8 to 10 percent. A few items -- newspaper subscriptions, foodstuffs, and non-alcoholic drinks -- were excluded from the tax hike, but not sanitary products.

A petition calling for the government to reduce the tax rate on sanitary products for women had as of Friday gained at least 67,000 signatures on Change.org, an online petition platform.

If a woman menstruates from the age of 12 to 50 for five days a month and spends 1,000 yen per month for sanitary products, the lifetime bill will reach 500,000 yen including tax, the petition organizer said.

Elsewhere, Australia, Canada, India, Malaysia, and some U.S. states are among countries and regions to lower or scrap taxes on period products, according to #Minna no Seiri.

Ayumi Taniguchi, the organization's chairperson, said there are still many hurdles despite the authorities' efforts.

"In many cases, people are required to meet municipality officials in-person to receive free period goods. A lot of people feel uneasy about that," Taniguchi said.

"Menstruation products should be easily accessible for all the people in need, regardless of gender identity and income," the 23-year-old said.