North Korea still claims no infection cases with the novel coronavirus have been confirmed at home although it has so far carried out tests on around 24,000 people, according to a recent report released by the World Health Organization.

North Korea was quoted by the WHO as saying that it conducted PCR tests on 23,826 individuals cumulatively at an interval of 10 days but no infection case was reported as of April 8. 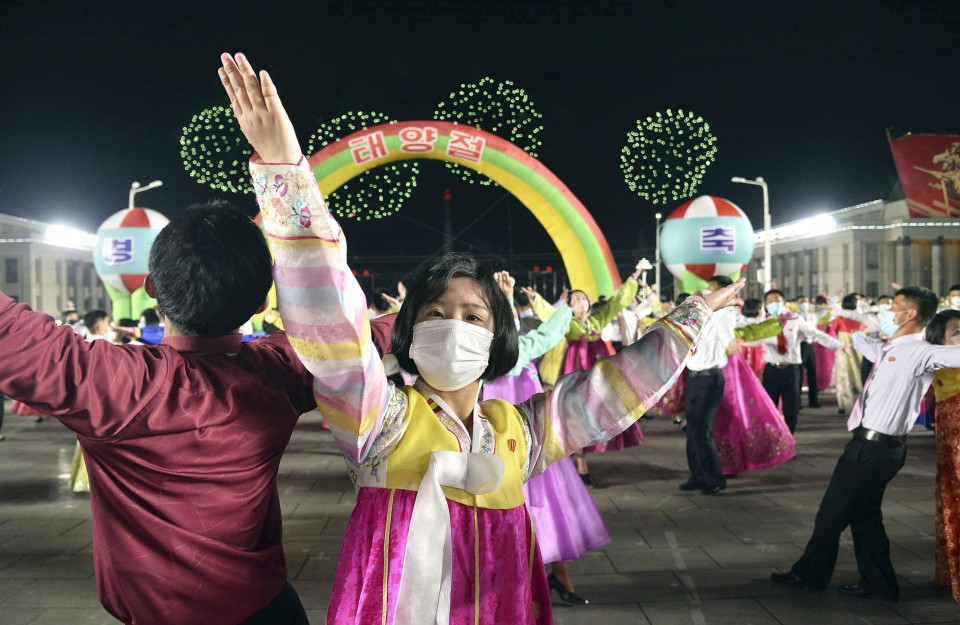 People wearing masks to protect against the novel coronavirus dance in Pyongyang on April 15, 2021, to celebrate the 109th anniversary of the birth of North Korea's late founder Kim Il Sung. (Kyodo) ==Kyodo

During the seven days from April 2, North Korea tested 705 people, 103 of whom had "influenza-like illness and/or severe acute respiratory infections," the WHO said in the latest report that relies on self-reporting by the country.

Since early last year, North Korea has cut off traffic to and from its neighbors China and Russia amid mounting fears that the virus, first detected in the central Chinese city of Wuhan, could intrude into the nation.

In July 2020, the official Korean Central News Agency said a person who had defected to South Korea was "suspected to have been infected with the vicious virus" after "illegally" returning to Kaesong, which is on the border with the South.

State-run media, however, have yet to report whether the person has been definitely diagnosed as a COVID-19 patient.

North Korea is believed to be vulnerable to infectious diseases due largely to chronic shortages of food and medical supplies triggered by international economic sanctions aimed at thwarting its nuclear and ballistic missile ambitions.

In the past, it barred foreigners from entering the country during the 2003 outbreak of severe acute respiratory syndrome, or SARS, and the Ebola epidemic in West Africa in 2014.