Daiki Hashimoto came from behind to win his maiden Japan national gymnastics championship on Sunday and take the lead in the qualification race for this summer's Tokyo Olympics.

Hashimoto, who started the day in seventh place from Friday's preliminary round, claimed a dramatic victory after earning 88.532 points in the men's final at Takasaki Arena for a two-day total of 173.365. 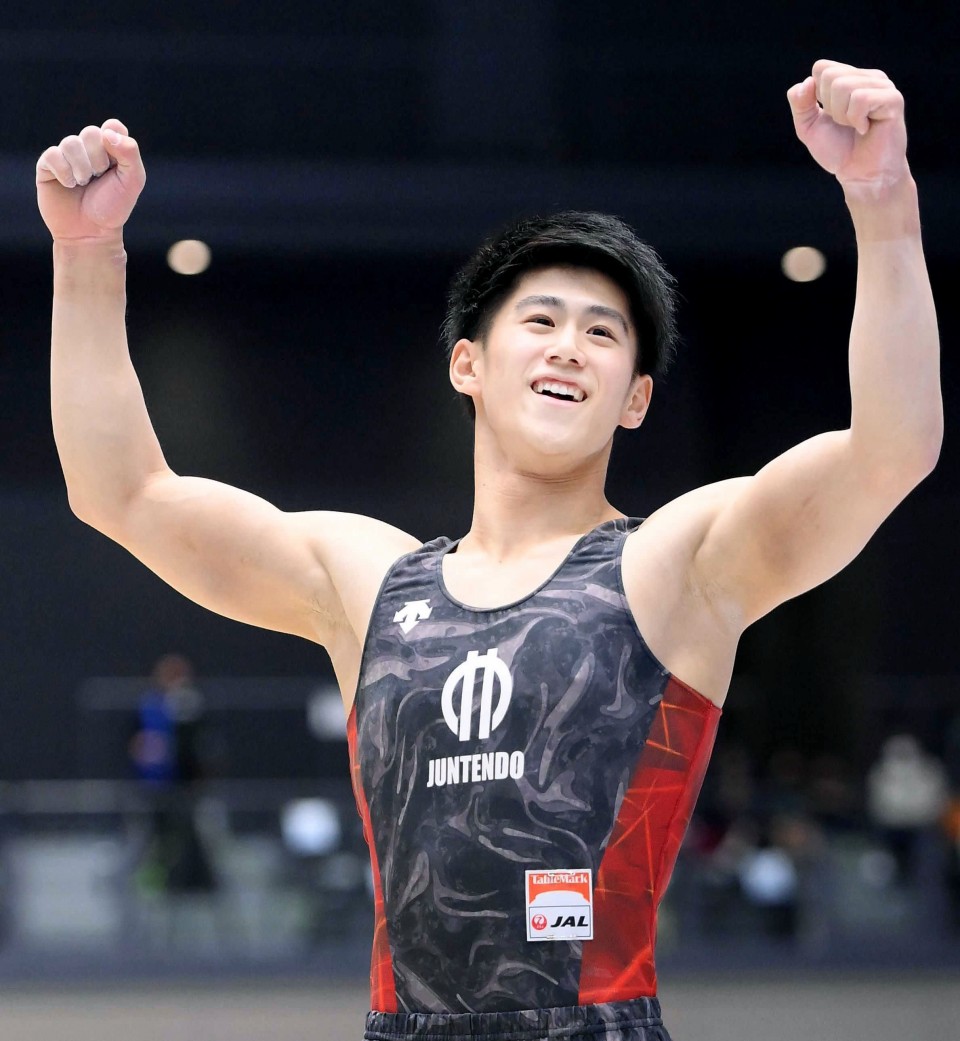 Wataru Tanigawa finished 0.637 behind the 19-year-old in the all-around competition over six apparatuses, which doubles as one of the qualifiers for the men's Olympic team event. Defending champion Kazuma Kaya was third.

The points earned at the tournament will carry over to next month's NHK Cup, where the winner and the runner-up will be named for Japan's four-member Olympic team. Japan won men's team gold at the 2016 Rio de Janeiro Olympics.

"I was seventh after the qualifiers and way behind the lead, so my goal was to finish without mistakes in all of the apparatuses and be in a position to be named for the team at the NHK Cup," Hashimoto said.

Eighteen-year-old Takeru Kitazono, who won five gold medals at the 2018 Youth Olympics, came into the finals with the lead, but finished sixth after making a major error on the vault and sustaining an injury during his high bar routine.

The national championships, held before a limited number of spectators, also included tryouts for athletes aiming to compete in individual apparatus events at the Tokyo Olympics.

After a series of shoulder injuries, Uchimura has decided to focus on the less physically punishing high bar to punch his ticket to a fourth straight Olympics.

"I wasn't able to have satisfactory practices before arriving here, but I was finally able to perform the way I wanted to. I think this will help me in the lead up to the next (event), so I am really happy," Uchimura said two days after scoring 15.166 in the first Olympic tryout, which was held at the same venue.

The Japan Gymnastics Association will select up to two gymnasts who will compete in an individual event at the games after holding three more qualification events through June.

On Saturday, Mai Murakami, who won silver in the all-around event at the 2018 world championships, defended her national title by finishing 1.966 points ahead of Hitomi Hatakeda. Three members of the women's team will be selected at the NHK Cup.

Artistic gymnastics at the Tokyo Olympics is scheduled to feature 98 men and 98 women, with competitions held at the Ariake Gymnastics Centre, a temporary venue constructed for the games.