Japanese swimming star Rikako Ikee, on her way back after battling leukemia, reached the final in the women's 100-meter butterfly on Saturday at the national championships, a Tokyo Olympics qualifier.

The 20-year-old, competing at the nationals for the first time since being diagnosed with the disease in February 2019, placed third in the semifinals in 58.48 seconds at Tokyo Aquatics Centre, the Olympic swimming venue. 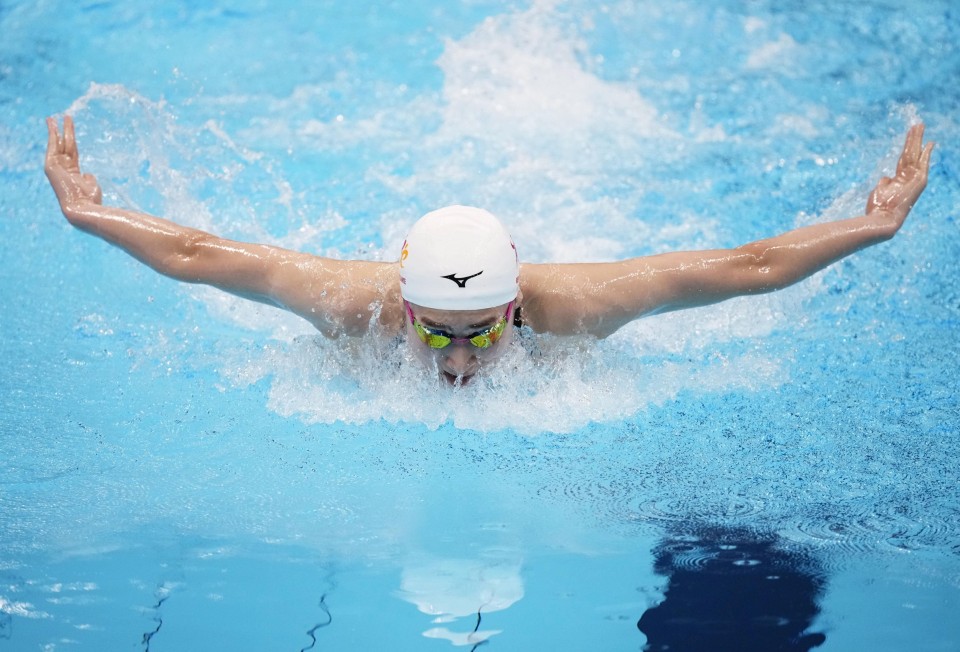 Rikako Ikee, on her way back after battling leukemia, competes in the women's 100-meter butterfly at the national championships, a Tokyo Olympics qualifier, at Tokyo Aquatics Centre, on April 3, 2021. (Kyodo) ==Kyodo

"I wanted to touch under 58.50 seconds in the semifinals and just managed that, so it was a good race," Ikee said on the first day of the eight-day meet.

After returning to the pool in March 2020, Ikee resumed competing last August. She has publicly targeted the 2024 Paris Olympics, but her rapid recovery has made an appearance at this summer's Tokyo Games a possibility.

"My focus now is not the Tokyo Olympics, I want to gain proper experience," she said. 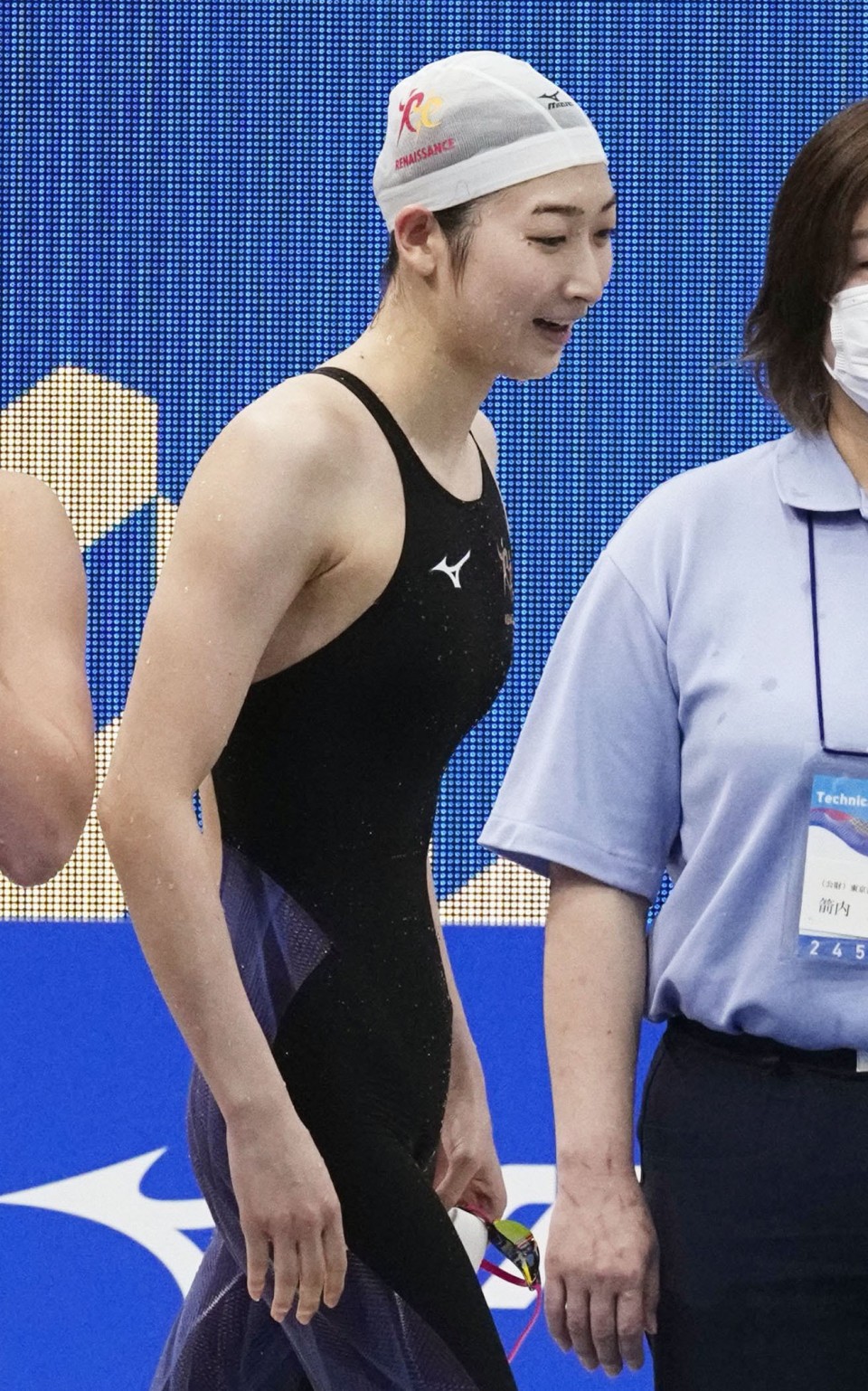 Rikako Ikee, on her way back after battling leukemia, is pictured after competing in the women's 100-meter butterfly at the national championships, a Tokyo Olympics qualifier, at Tokyo Aquatics Centre, on April 3, 2021. (Kyodo) ==Kyodo

Ikee is competing in three Olympic qualifying events here, the 100 butterfly as well as the 50 and 100 freestyle, plus a non-Olympic event, the 50 butterfly. Her likeliest route to the games this summer is in the 4x100 freestyle relay, whose members will qualify through the 100 freestyle. That final is scheduled for Thursday.

Daiya Seto, the 2016 Olympic bronze medalist and reigning world champion in the men's 400 individual medley, won that race's final in 4:09.02.

Seto entered the meet as the only Japanese swimmer with a Tokyo Olympics berth already under his belt, his 200 and 400 IM berths clinched from winning those events at the 2019 worlds.

Yuki Ikari came second, with a 4:11.88 time that beat the qualifying standard.

Yui Ohashi won the women's 400 IM in 4:35.14, qualifying the world bronze medalist for her first Olympics. She will be joined by high-schooler Ageha Tanigawa, who touched 4:37.90 to just pip Sakiko Shimizu at the wall.