A Hong Kong court on Thursday convicted a television journalist for illegally accessing public records in a landmark case said to mark the depletion of press freedom in the territory. 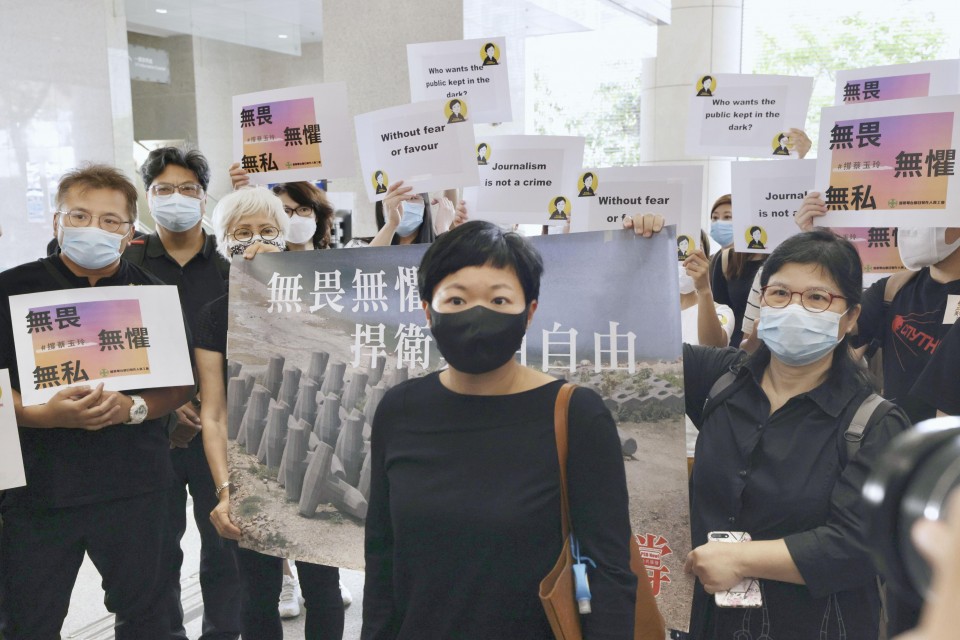 Principal magistrate Ivy Chui ruled that Choy had knowingly made false declarations to obtain personal information for the obvious purpose of news reporting, stating that personal particulars should not be arbitrarily disclosed for inspection by others.

"Today is a very dark day for journalists in Hong Kong," Choy, holding back tears occasionally, told reporters outside the West Kowloon Magistrates' Court after the ruling.

"Today is not just a ruling on me personally but a ruling on journalism (and) on all journalists in Hong Kong. It's heartbreaking that the court ruled that searching public information or access to public data is not allowed."

She said the ruling is harsh as the court interpreted the search of public data in the "most narrow perspective" that restricts the free flow of information.

"It is a dark day for the Hong Kong press," said Chris Yeung, chairman of the Hong Kong Journalists Association. "(The ruling) seriously damaged the already depleting freedom of the press in Hong Kong."

Yeung said that by "hoisting the flag of privacy protection," government officials essentially are "giving protection to those who have something to hide."

"This is not in the interest of the public," he said.

The incident showcased in the documentary titled "Hong Kong Connection: 7.21 Who Owns the Truth" also exposed the police's alleged late response in attending to the attack.

On July 21, 2019, amid the months-long anti-government protests, more than 100 white-clad men indiscriminately attacked commuters and protesters at the subway station with canes and sticks for some 40 minutes before police showed up in response to calls for help.

The police have denied they were late in responding and described the mob attack as more of a brawl between two equally numbered groups of people while suggesting that the white-clad men were provoked.