Several filmmakers honored in this year's Academy Awards used the opportunity to speak out against racially motivated hatred amid a recent surge in anti-Asian attacks in the United States, while the ceremony featured historic firsts for East Asian women, a Hollywood minority. 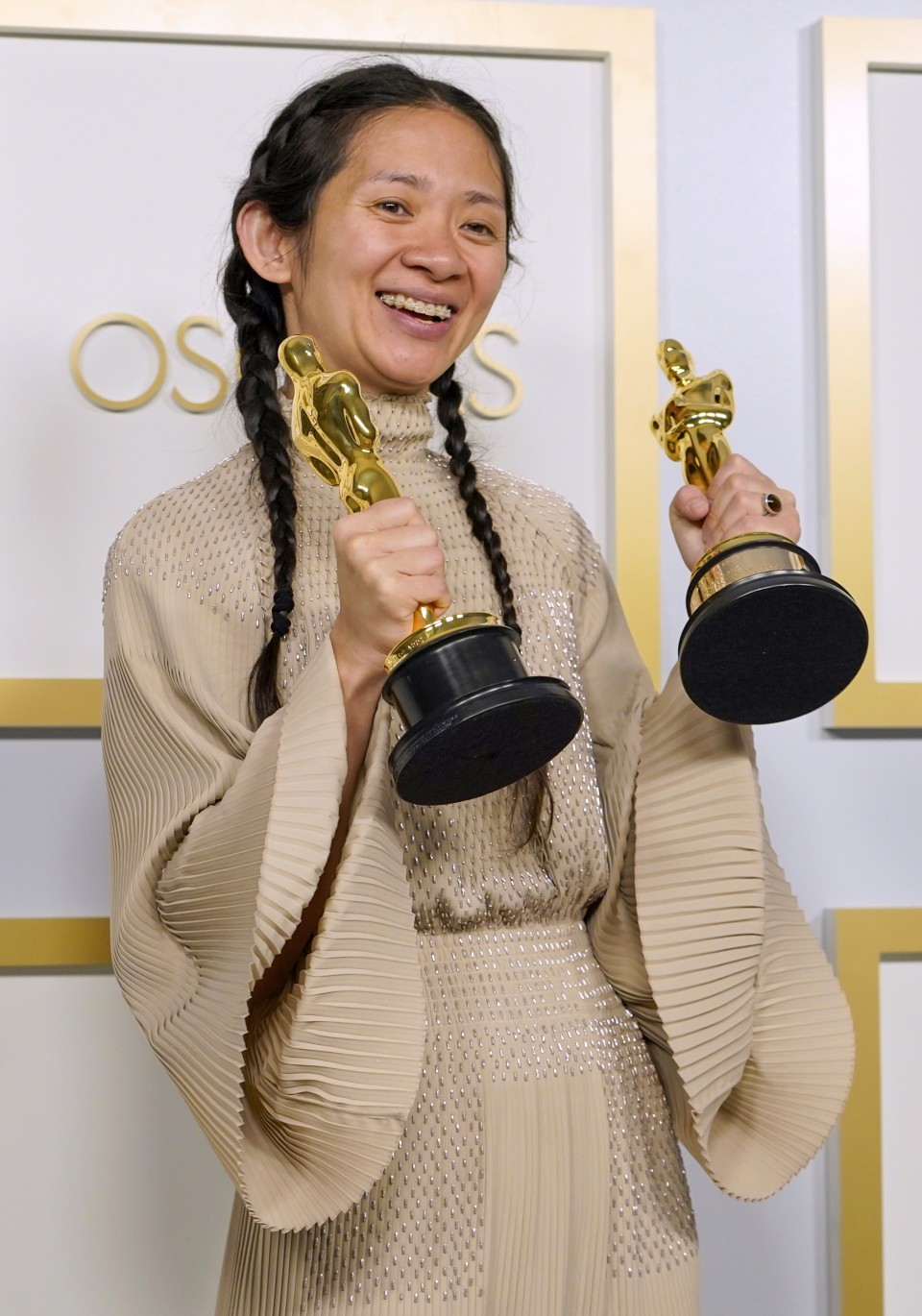 Chloe Zhao, winner of Best Directing and Best Picture for "Nomadland," poses in the press room at the Oscars on April 25, 2021, in Los Angeles. (Pool/Getty/Kyodo)

Chloe Zhao, a native of China who on Sunday became the first Asian woman to win an Oscar in the best director category, said in a backstage interview at the Los Angeles event that film is "a way for us to connect with other people" and move beyond the barriers of hatred.

Zhao also praised Tyler Perry, a black screenwriter and filmmaker, for his stirring speech against hate upon accepting the 2021 Jean Hersholt Humanitarian Award at the Oscars ceremony. 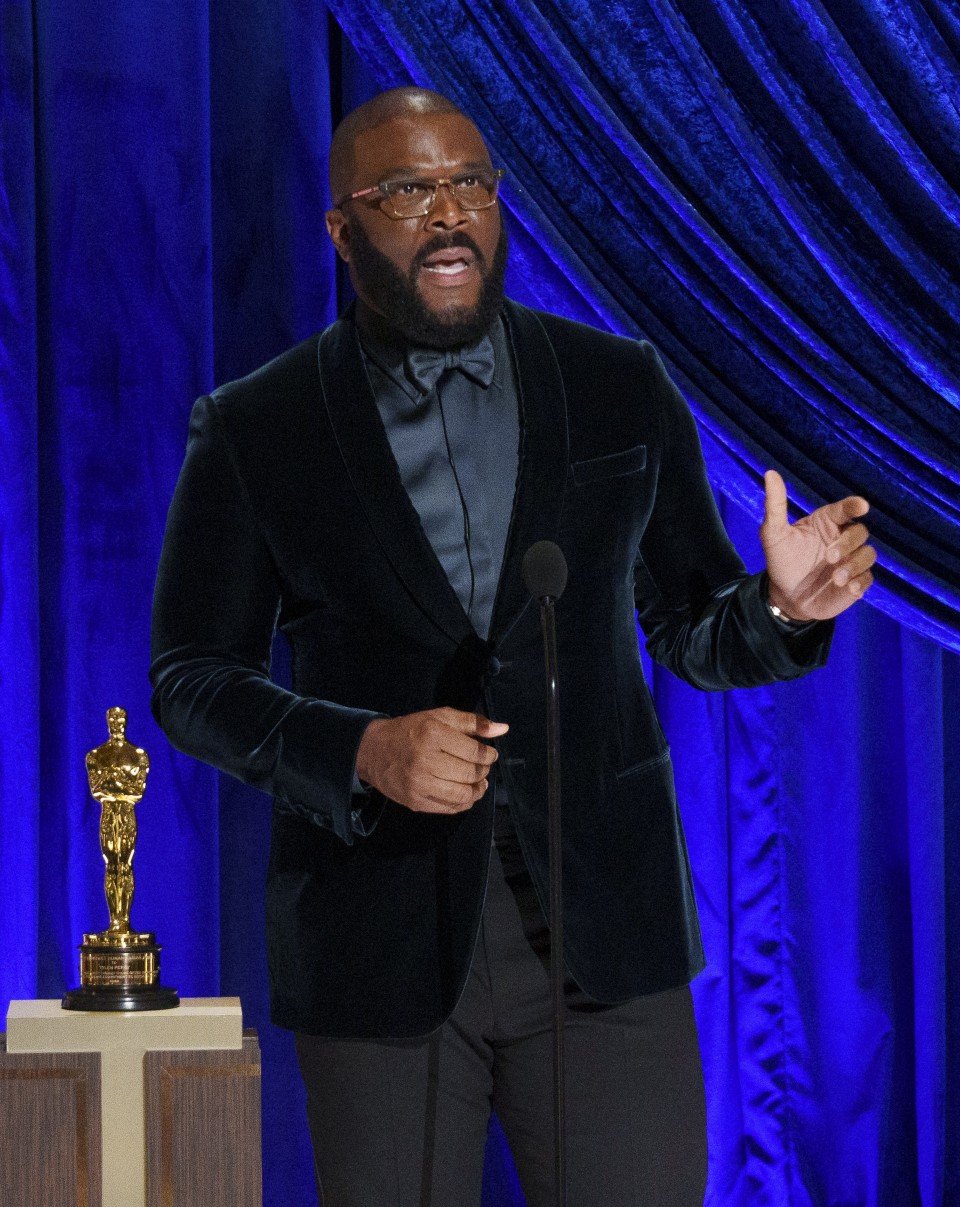 Calling it a "beautiful speech," Zhao seconded its call to come together and "stop hate" against any targeted group.

She played the role of grandmother in "Minari," which depicts a Korean family's move to rural America in hopes of creating a better life for themselves.

The breakthrough achievements in the film industry come at a time when anti-Asian hate crimes have increased dramatically across the United States amid an ongoing pandemic caused by the novel coronavirus first observed in China.

Zhao had previously spoken out against attacks targeting people of Asian descent in the country, such as a shooting rampage in the Atlanta area in March whose eight fatalities included six women of Asian heritage.

Meanwhile, Youn told U.S. media after being nominated for the award that her son living in Los Angeles feared for her safety in coming to the city for the Oscars ceremony. 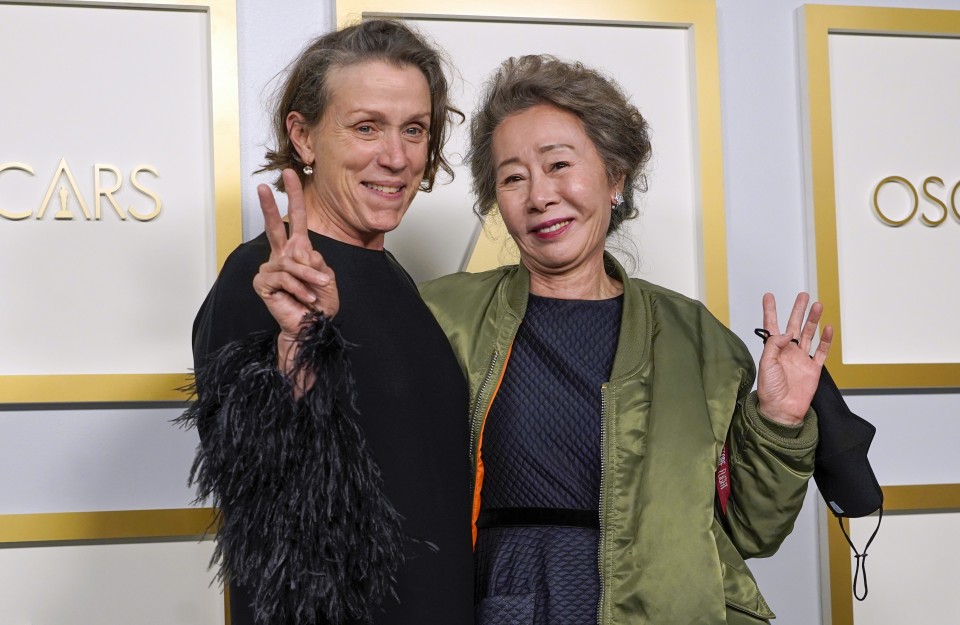 Born in Beijing in 1982, Zhao was educated at schools in London and Los Angeles before studying filmmaking at New York University.

"Nomadland," a story about a widow who hits the road in the recession-hit American West while living in her van, was her third feature film following the critically acclaimed and award-winning "The Rider" in 2017.

During her acceptance speech, Zhao, who hopes her win will inspire other filmmakers of Asian descent, touched on her upbringing and cultural roots which instilled in her a belief that people at birth are inherently good.

"This is for you. You inspire me to keep going," Zhao said.

Other human rights issues elsewhere were also mentioned at the extraordinary awards ceremony.

Anthony Giacchino, director of "Colette," which won the Oscar for best documentary short and pertains to the French resistance against Nazi Germany, said during his acceptance speech that the "innocent children in Yemen and the protesters in Hong Kong are not forgotten."

In response to years of criticism over a lack of diversity in both its membership and in the films nominated for Oscars, the Academy of Motion Picture Arts and Sciences has been trying to improve the inclusivity of the awards.