A panel of Japan's ruling Liberal Democratic Party on maritime security and defense issues approved on Thursday a draft proposal for the government to strengthen its coast guard and Self-Defense Forces in the face of increased security threats posed by China around the Senkaku Islands.

The LDP will urge the government "to take measures to increase the pace of acquisition of SDF vessels, aircraft and other equipment," and also for the Japan Coast Guard to fill the gap in security capabilities between Japan and China, according to the draft proposal observed by Kyodo News. 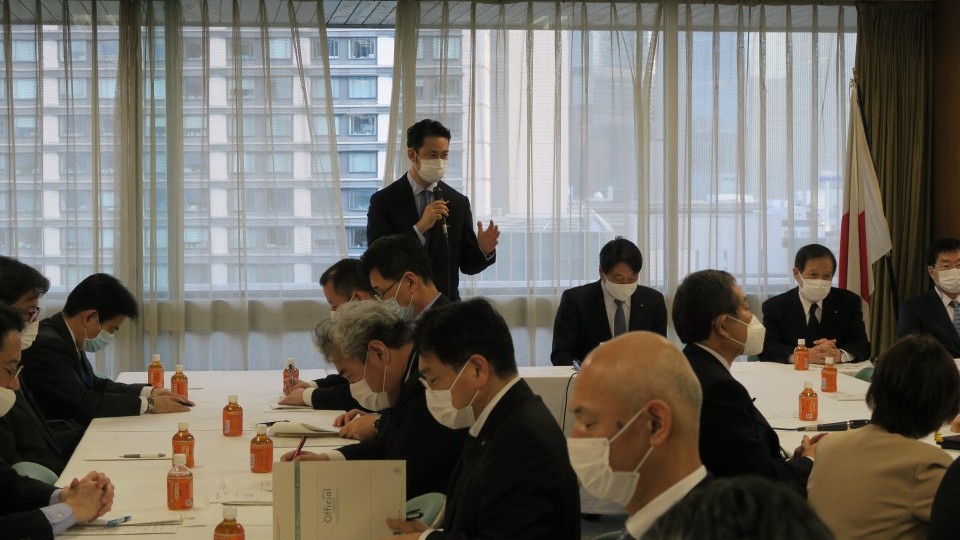 The proposal to be submitted as early as next week also asks that legislative measures be considered, including revising laws to enable the use of weapons, if necessary, to deal with so-called gray-zone incidents, which fall short of a military attack.

LDP policymakers of the panel drew up the proposal as countermeasures against China's new law implemented in February that allows its coast guard to use weapons against foreign ships the country sees as illegally entering its waters.

The legislation has raised concerns in the party that China could target the Senkaku Islands in the East China Sea controlled by Tokyo but claimed by Beijing.

In previous meetings, government officials told LDP lawmakers that Japan Coast Guard ships could directly fire a weapon against a foreign vessel they believe is aiming to land people on the islands according to an interpretation of existing laws.

"It has been reported that Taiwan is reviewing its maritime security organization. There are also serious threats to the Philippines and Vietnam, and of course, Japan cannot leave (our security capabilities) as they are and would need a review," said Taku Otsuka, one of the two co-leaders of the panel.

A focus in compiling the proposal was whether to amend the SDF and Japan Coast Guard laws to deal with gray-zone incidents.

Some lawmakers, backed by the Japan Coast Guard, said the current law is capable of dealing with such incidents and the revision is unnecessary.

The primary responsibility for security of the area currently rests with the Japan Coast Guard and the police. But if the situation gets out of control, the Cabinet can order the SDF to start maritime patrols or mobilize security forces.

The paper proposes that exercises be conducted between the SDF and the coast guard so they can act against potential adversaries seamlessly.

It also urges inclusion of the Japan Coast Guard when the SDF and the U.S. forces hold joint drills.