Leaders from around the world affirmed the need to work together to address climate change during a virtual summit on the issue Thursday, with the United States, Japan and Canada creating momentum in the talks by announcing ambitious goals to cut greenhouse gas emissions by 2030.

U.S. President Joe Biden, seeking to reassert the country's leadership on climate issues by hosting the two-day event, pledged to roughly halve emissions from 2005 levels by 2030 and called on other major economies to do their part as well. 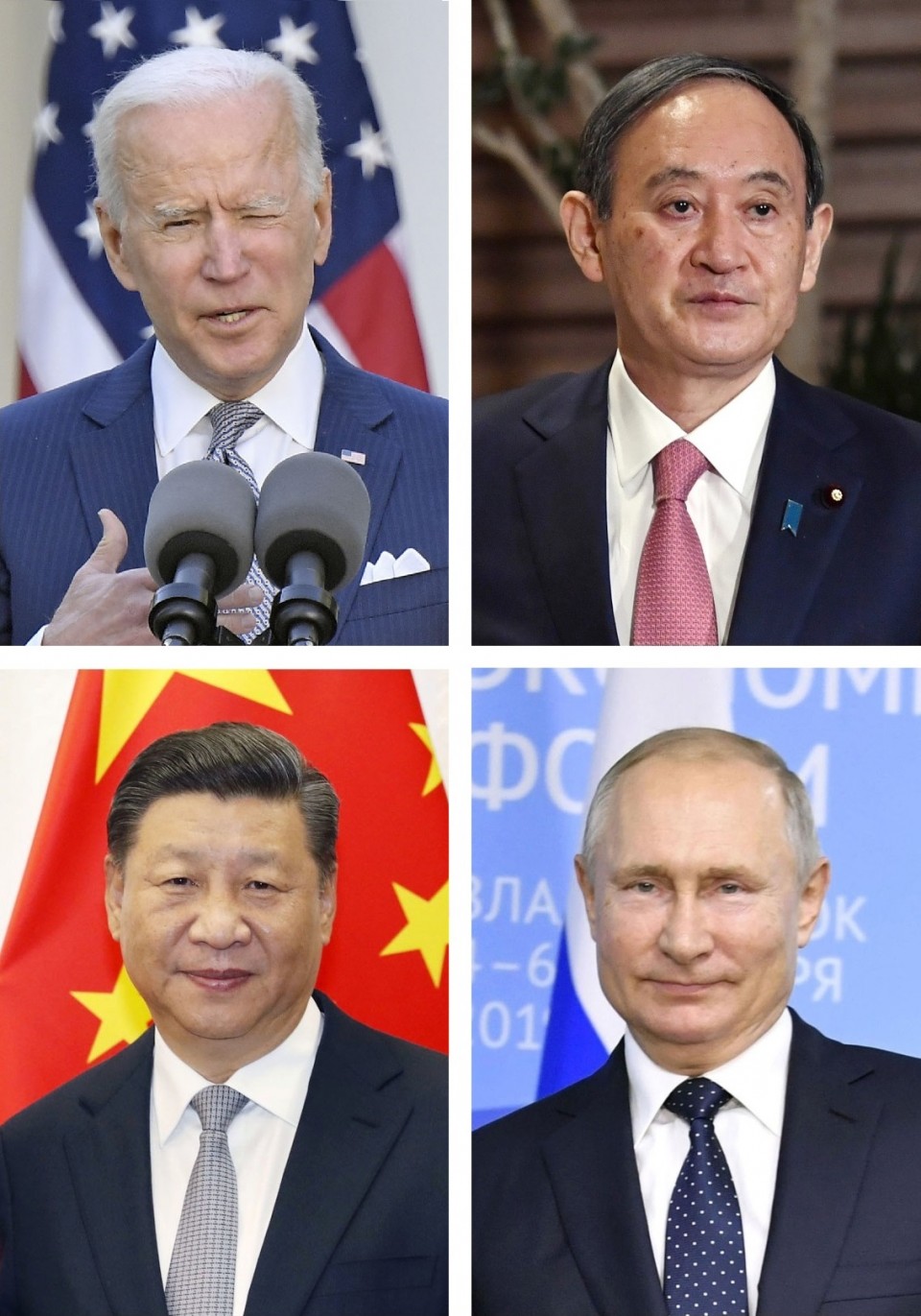 "No nation can solve this crisis on our own...All of us, all of us, and particularly those of us who represent the world's largest economies, we have to step up," he said at the outset of the livestreamed meeting to which he had invited 40 leaders.

Biden's push for climate change mitigation efforts and multilateralism underscored a shift from his predecessor Donald Trump, who withdrew the United States from the 2015 Paris climate accord. One of the actions Biden took on Jan. 20, his first day in office, was to start the process of rejoining the landmark accord.

China, the world's largest emitter, was among the countries expressing a desire to work with the United States, the second-largest polluter, despite their intensifying rivalry for military and economic supremacy and tensions over human rights, Hong Kong and Taiwan.

"China looks forward to working with the international community, including the United States, to jointly advance global environmental governance," Chinese President Xi Jinping said via video link, adding that Beijing will strive to peak emissions before 2030 and achieve carbon neutrality by 2060, as pledged earlier.

China, also the largest consumer of coal in the world, will "strictly control" coal-fired power generation projects through 2025 and phase down coal consumption in the period from 2026 to 2030, he said through a translator.

A key goal of the summit is to catalyze efforts to limit global warming to 1.5 C above preindustrial levels, as set out in the Paris accord, to avoid the catastrophic impacts of climate change.

With many countries already aiming to move toward net-zero emissions by 2050, the focus has shifted to coming up with ambitious 2030 targets that will build momentum ahead of a U.N. climate conference scheduled in November in Britain.

The new 50-52 percent emissions-reduction target presented by the Biden administration makes the U.S. commitment around twice as ambitious as earlier pledged under the Paris accord, in which the country would cut emissions by 26 to 28 percent below its 2005 levels by 2025.

Japan, a close U.S. ally and the fifth-largest emitter of carbon dioxide, also announced a bigger reduction by 2030, pledging to slash emissions by 46 percent from fiscal 2013 levels.

"Japan will raise our current target by more than 70 percent and it will certainly not be an easy task," Prime Minister Yoshihide Suga said, but added that by setting an ambitious goal, his country is "ready to demonstrate its leadership for worldwide decarbonization."

Canadian Prime Minister Justin Trudeau also announced a new goal of a 40-45 percent cut from 2005 levels by 2030, while Britain, the host of U.N. climate talks this year, recently unveiled a 78 percent cut by 2035 and the European Union decided last year to aim for a 55 percent cut by 2030. 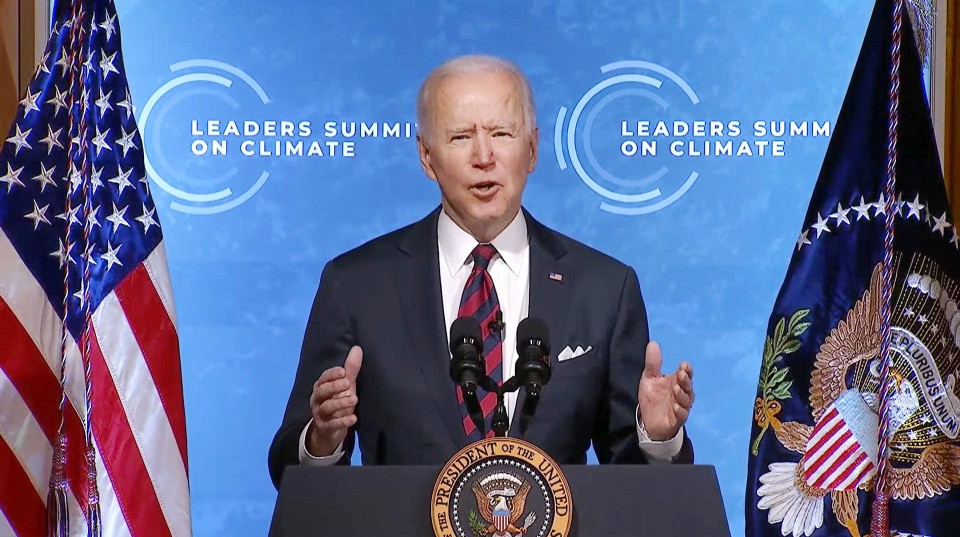 With the new 2030 targets from the United States, Japan and Canada, combined with actions taken by the EU and Britain, major economies accounting for more than half of the world's economy have now committed to the pace of emissions reduction required globally to limit warming to 1.5 C, Biden's climate envoy John Kerry tweeted.

Despite ambitious targets pledged by major economies, some climate activists remain unsatisfied and urged countries to do more.

"We demand to get to net-zero emissions by 2030, not net-zero by 2050, including concrete plans regarding how to get there," said Xiye Bastida, a young activist who relocated to the United States after her town in Mexico suffered drought and other impacts of the climate crisis.

The International Energy Agency warned in its April report that global emissions are projected to surge by 1.5 billion tons in 2021 -- the second-largest annual increase in history -- reversing most of last year's coronavirus pandemic-driven decline.

The agency also attributed the rise to an expected resurgence of coal use in the power sector, with the projected growth in demand for the fossil fuel set to come mostly from Asia, led by China.