COVID-19 variants could drive economic hit on Tokyo up by 4 tril. yen

University of Tokyo economists estimate the Japanese capital could see an additional 4 trillion yen ($36 billion) economic hit if highly contagious coronavirus variants spread quickly across the city, but says the impact can be mitigated if infections are slowed.

A relatively speedy spread of mutations in Tokyo could leave the capital dealing with over 1,400 daily infections in May -- up from around 500 seen in early April -- an increase that would make variants a major source of new COVID-19 infections by around July, the estimate shows. 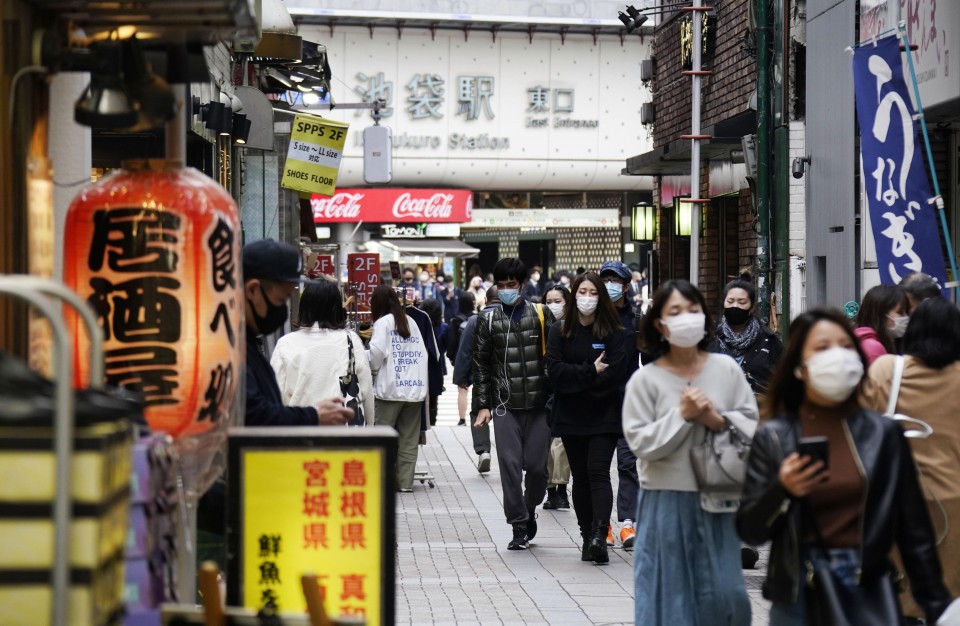 People wearing face masks to protect against the novel coronavirus walk in Tokyo on April 9, 2021. The Japanese government designated Tokyo and Kyoto and Okinawa prefectures the same day as requiring stronger measures to fight COVID-19 amid a resurgence in infections, less than three weeks after fully lifting a state of emergency. (Kyodo) ==Kyodo

In a less severe scenario in which the spread of variants is slower, the team estimates Tokyo would sustain a more than 2 trillion yen hit.

In that case, the number of COVID-19 cases would top 1,000 in May but the variants would not make up the majority of infections until around the end of the year.