Pro-democracy media mogul Jimmy Lai was sentenced to 14 months in prison by a Hong Kong court Friday over his involvement in two unauthorized protests in August 2019, the first prison term he faces over his role in the territory's anti-government movement.

Four other activists were also jailed between eight and 18 months on the same charges of organizing and taking part in one of the protests, and for one of them, an additional charge of taking part in the other. They had been convicted earlier this month. 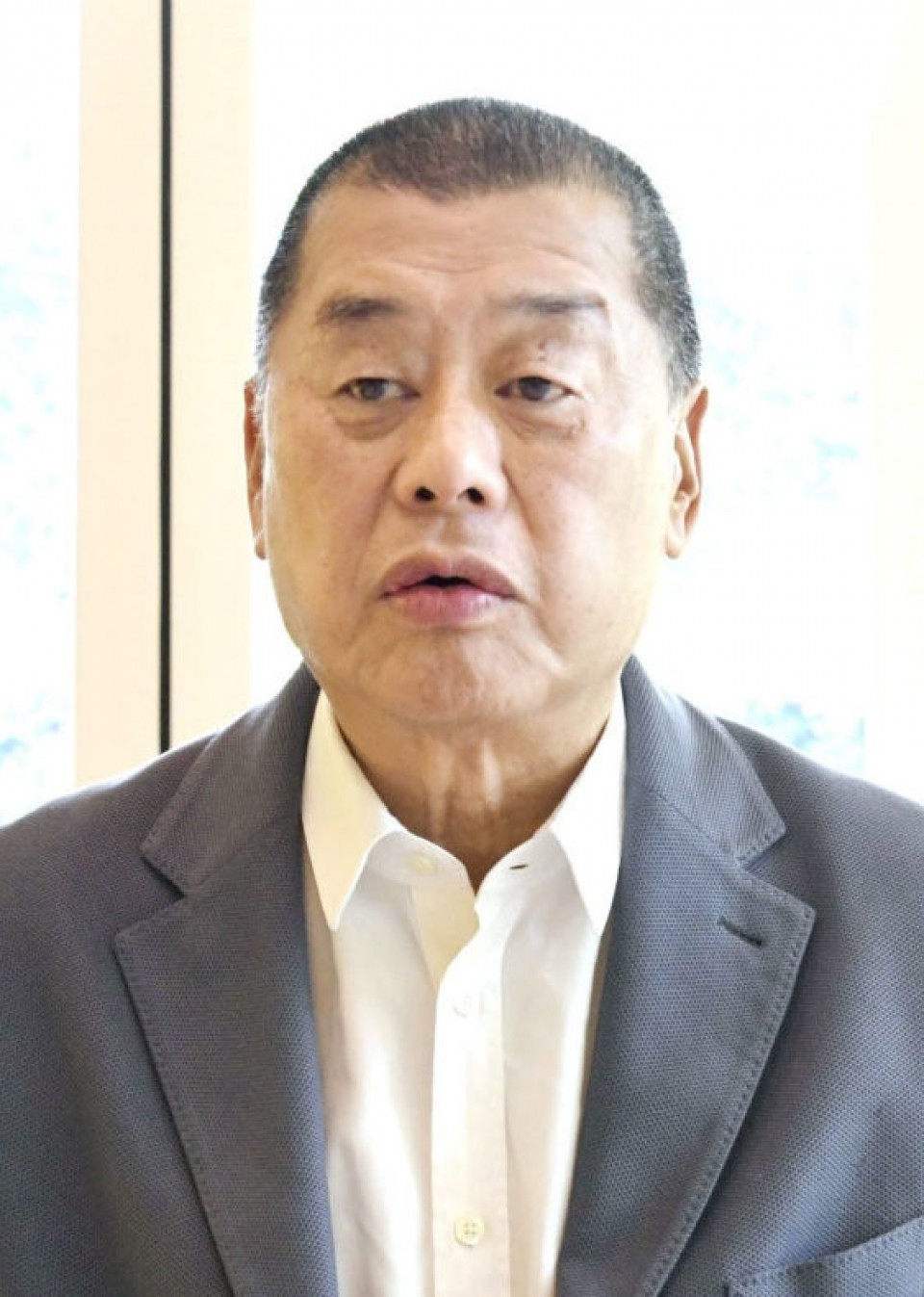 In the larger of the protests, held in central Hong Kong on Aug. 18, 2019, as many as 1.7 million people, according to organizers, marched against a since-withdrawn bill aimed at allowing criminal suspects to be sent to mainland China and in opposition to police use of force against protesters.

Former legislators Martin Lee -- dubbed Hong Kong's "father of democracy" -- and Margaret Ng, along with three others, were given suspended sentences and released.

District court judge Amanda Woodcock said during sentencing that freedom of assembly, although guaranteed under Hong Kong law, is not absolute and subject to restriction.

Woodcock said the Aug. 18 protest posed a "direct challenge" to Hong Kong police and that the march was premeditated to circumvent a ban on it, which she said warranted an immediate prison term.

"I am ready to face the penalty, the sentencing, and I am proud that I can walk with all people of Hong Kong," Lee Cheuk-yan told reporters outside the courthouse before being sentenced to 14 months in prison.

Lai also appeared for a court hearing on Friday over an existing charge that he colluded with foreign forces in breach of the national security law. Laid before him, there was an additional subversion-related charge of conspiracy to collude and a charge of obstructing justice. He has been in detention since late last year.