Thursday marked one year since the 76-day lockdown was lifted in China's central city of Wuhan, the first epicenter of the novel coronavirus pandemic, with many citizens still disgruntled by the government's response to the outbreak.

The leadership of Chinese President Xi Jinping, which has come under criticism for allowing the virus to spread to the world due to its poor initial handling, is believed to have issued a gag order on health care officials to contain backlash from people in the city. 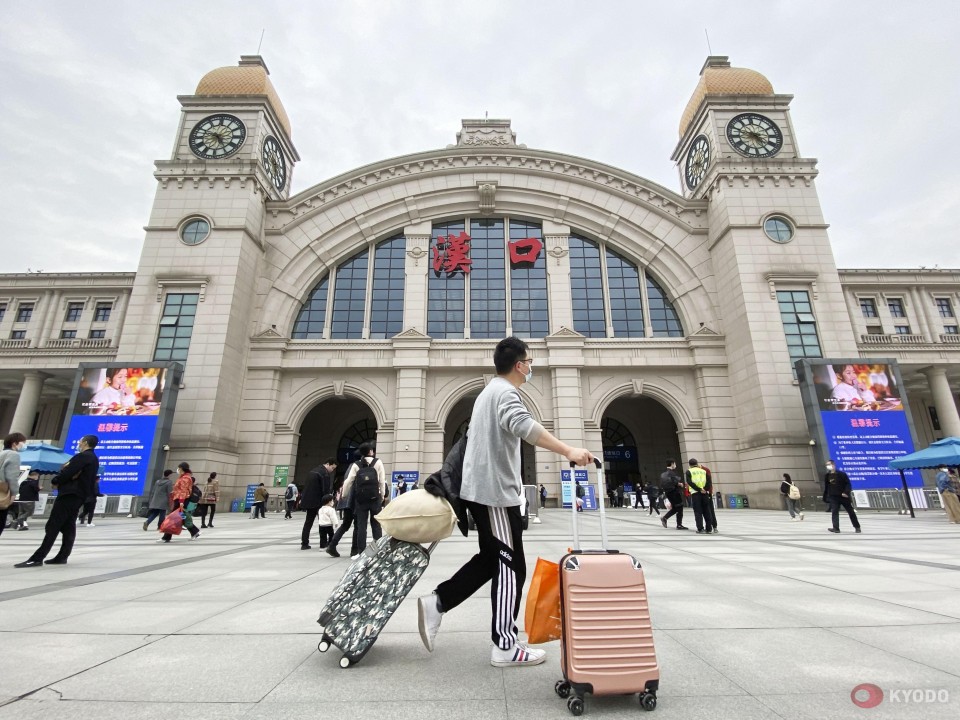 Photo shows people walking in front of Hankou railway station in Wuhan, China, on April 4, 2021, about one year after the world's first coronavirus lockdown was lifted in the city around two and a half months after its imposition. (Kyodo) ==Kyodo

Across the country, meanwhile, the Communist-led government has been trying to accelerate vaccination rollout in a bid to achieve group immunity, but concern lingers over the safety and efficacy of China-developed COVID-19 vaccines.

As China has been attempting to pursue so-called "vaccine diplomacy," it has also pledged to launch its international health certificate to spur people-to-people exchanges with other nations, saying the move will help prop up the sluggish global economy.

During the Qingming tomb-sweeping festival earlier this month, many citizens visited a cemetery in the city, which used to be known as a major business and transportation hub, and they commemorated victims of the virus, with tight security in place around there.

Since the increase in new infections peaked in Wuhan in early 2020, city life has returned to normal and economic activities have resumed in Wuhan. Downtown areas have been teeming with people.

But local sources told Kyodo News that Chinese authorities warned doctors, who had dealt with the virus in the initial stage of the outbreak in Wuhan, that they could be punished for espionage if they revealed what went on during the period.

"The government must have known that the virus is dangerous in an early phase," a woman who lost her son to the virus said with angry eyes, adding, "If I could be reborn, I would not like to be a Chinese. I wish I could say what I want to say."

In Wuhan, the lockdown that suddenly started from Jan. 23 last year was lifted on April 8, as the authorities suspended all public transportation services and significantly restricted the movements of citizens.

The municipal government also rushed to bolster its capacity to cope with the virus spread, such as building more hospitals. After the lockdown, it carried out virus tests on almost all of the city's 11 million residents.

For the past year, the Chinese government has taken radical "zero corona" measures, including banning people from eating outside and traveling at home without a negative certificate of a virus test, which often has frustrated them.

In early 2020, China introduced a health code system that can confirm whether a person has a high risk of infection.

The system assigns residents multicolor QR codes to register where they went and whether they had contact with infected patients. With a green light shown on their smartphones, they are permitted onto trains and expressways, and into shops and office buildings. 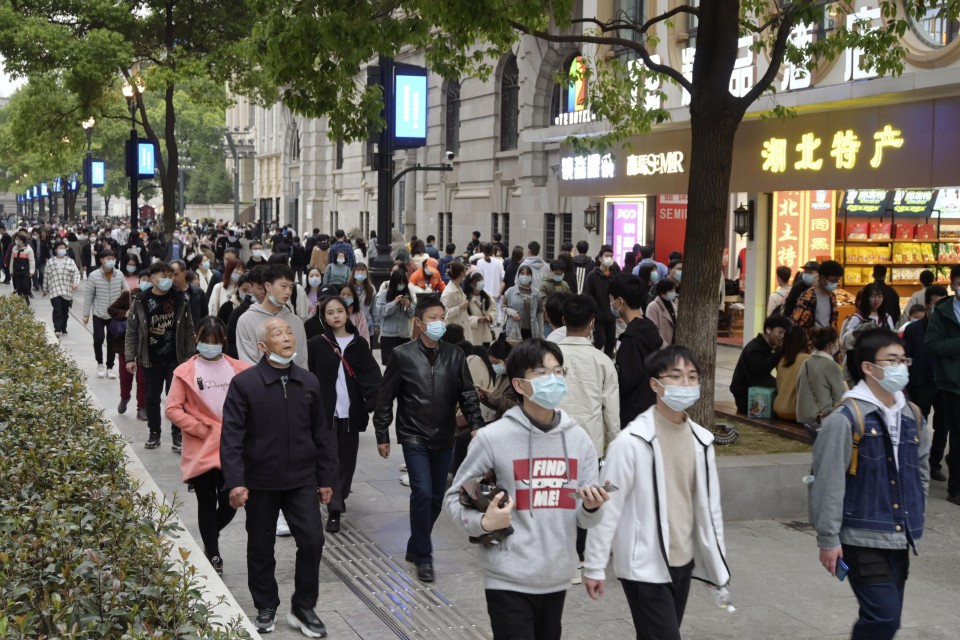 "China and its partners that are promoting regional health code recognition can be pathfinders for a global vaccine passport program in the future," the Global Times, a tabloid affiliated with the ruling Communist Party, reported this week.

South Korea and Southeast Asian countries like Singapore, Malaysia, Indonesia and the Philippines are "eyeing mutual recognition of health codes," the newspaper added.

As for vaccines, Chinese citizens and foreigners living in the nation have begun to receive one of them, but many of them have remained reluctant to do so as they have been worried about potential side effects.

Only 4 percent of 1.4 billion Chinese people have been vaccinated so far, according to the country's media.

"If I do not receive a vaccine, I would be on a black list. This would affect the future education of my child," a Chinese citizen said, while another said, "Explanation of side effects is not enough." A Chinese expert said, "We are far from group immunity."

A local government said it has provided a gift to those who receive a vaccine.

In the mainland, the virus has sickened more than 85,000 people and killed over 4,600, the nation's health authorities said. China does not include asymptomatic cases in its official tally.