The foreign and defense ministers of Japan and Germany agreed Tuesday to work closely toward establishing a rules-based order in the Indo-Pacific, in an apparent bid to counter China's increasing assertiveness in the region's waters.

The countries' first so-called two-plus-two security dialogue came as Japan is pushing for a free and open Indo-Pacific and seeking cooperation with more partners that share the same values, while Germany wants to play a more active role in the region. 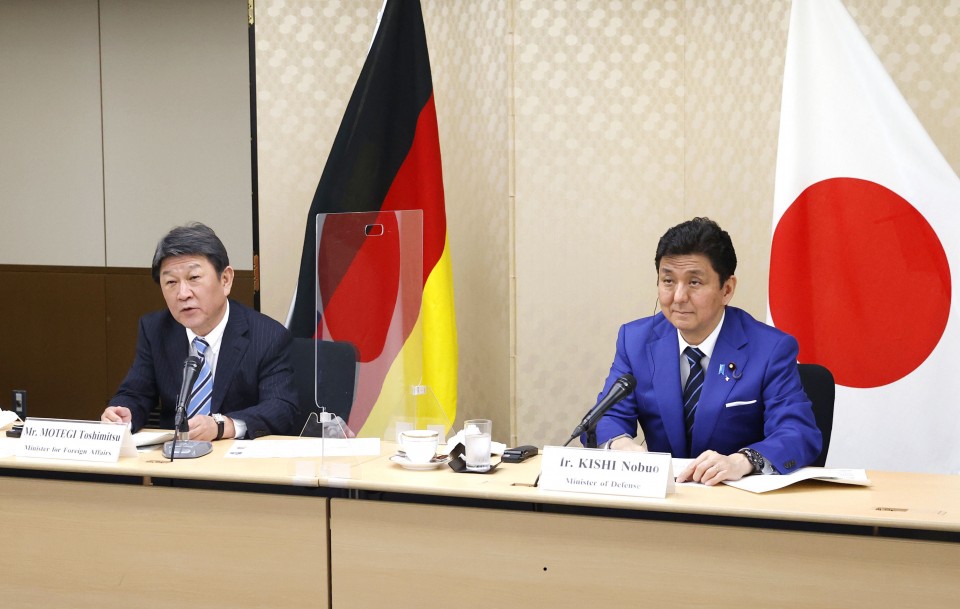 The two sides, including Japanese Defense Minister Nobuo Kishi and his counterpart Annegret Kramp-Karrenbauer, also shared "serious concerns" over Beijing's handling of human rights in the wake of its crackdowns on the Uyghur Muslim minority in the Xinjiang autonomous region in western China and the pro-democracy movement in Hong Kong, according to the ministry.

During the two-plus-two talks, Japan proposed its Self-Defense Forces conduct joint drills with the German military, timed with Germany's planned dispatch of a frigate to the region this year.

It also proposed joint surveillance with Germany of North Korean ship-to-ship transfers of goods at sea.

Japan is participating in international efforts to prevent North Korean vessels from engaging in illicit ship-to-ship cargo transfers, a method used by Pyongyang to evade U.N. sanctions imposed over its missile and nuclear programs.